Generally dry at first tonight outside of a few scattered showers. However, outbreaks of rain will move in from the Atlantic overnight and spread across the western half of the country towards morning, turning heavy in places. Relatively mild with lowest temperatures of 8 to 11 degrees. Moderate to fresh southerly winds will remain strong on western coasts.

Rain on Friday morning will be heavy at times as it clears eastwards to sunny spells and heavy blustery showers. Some thundery falls are possible, especially over the eastern half of the country in the afternoon, with a chance of hail and spot flooding. Showers will ease in the evening with many areas having a dry end to the day. Highest temperatures of 13 to 16 or 17 degrees, best values further east. Moderate to fresh southerly winds will veer westerly and will be quite gusty, especially near showers.

SUMMARY: Unsettled with spells of rain and showers. Breezy at times too but there will be dry and sunny spells mixed in as well. Highest temperatures in the mid to high teens.

Friday night: Heavy showers will ease early in the night, becoming more isolated and mainly confined to Atlantic coasts. Largely dry elsewhere with long clear spells but cloud will build from the southwest later in the night. Lowest temperatures of 6 to 9 degrees with light to moderate southwest winds, fresher in the northwest.

Saturday: After a largely dry start to the morning with the best of the early sunny spells in the southeast, cloud will continue to build from the southwest with scattered showers developing, most frequent in the west and north with good dry periods elsewhere. Towards the evening, a few more sunny spells will develop. Highest temperatures 14 to 17 degrees generally in mostly light to moderate southwesterly winds, increasing strong at times on western coasts.

Sunday: Starting largely cloudy as showers extend across much of the country but remaining most frequent in the west and north with the best of the dry periods in the east and southeast. Later in the afternoon and evening, the cloud will break up allowing for good sunny spells to develop. Highest temperatures of 14 to 18 or 19 degrees, mildest in the east, in moderate southwest to west winds.

Next week: There'll be widespread showers on Monday, heavy at times in the afternoon. Turning cooler as well with highest temperatures in the mid-teens. Current indications are that it will continue unsettled through the rest of the week with spells of rain and showers in mostly moderate westerly or southwesterly winds but increasing fresh at times. Turning a bit milder later in the week with temperatures getting up to the high teens in places. 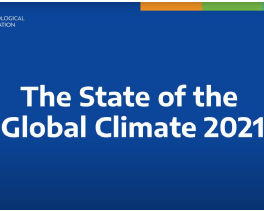 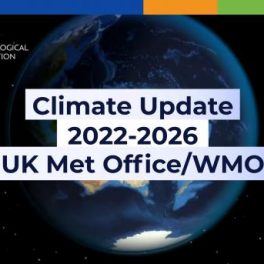 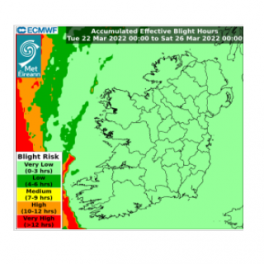 Potato blight is a plant-disease caused by a funga...