There are currently some technical issues with the Shannon Radar on our website and app, we are investigating these issues to resolve it. Please view the National forecast.

United in Science: “We are heading in the wrong direction” 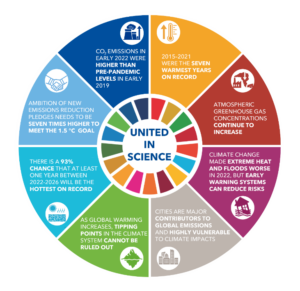 Tipping Points in the Climate System – Further research on tipping points will be crucial to help society better understand the costs, benefits and potential limitations of climate mitigation and adaptation in the future.

Observations in Ireland are generally consistent with the global situation. Measurements going back over the past 120 years have shown that the annual average air temperature in Ireland is also trending upwards, with an increase of 0.96 °C over the last 120 years. Recently, summer 2022 saw both the July and August Irish maximum daily temperature records being broken and the fifth consecutive season where all synoptic stations observed above average mean temperatures. See more in our summer 2022 Climate Statement. 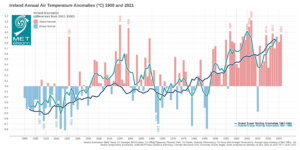