Very cold tonight, with clear spells and scattered showers, most of the showers in the western half of the country. The showers will become increasingly wintry as the night progresses, with a mix of hail, sleet and hill snow. There is also a risk of thunder, mainly in Atlantic coastal counties. Minimum temperatures 0 to 3 degrees, with frost in sheltered spots. Winds mostly moderate to fresh westerly.

Tomorrow, Tuesday, will be a cold and windy day, with sunny spells and widespread blustery showers. The showers will have a wintry mix of hail and sleet, with some snow also, mainly over high ground. There is also a risk of thunder. The showers will affect all areas, but will be most frequent in the western half of the country. Highs of just 3 to 6 degrees, in mainly moderate to fresh and gusty westerly winds. Winds will increase strong to gale force and gusty near Atlantic coasts later. 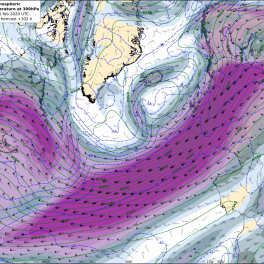 The Meteorologist’s Commentary page has been 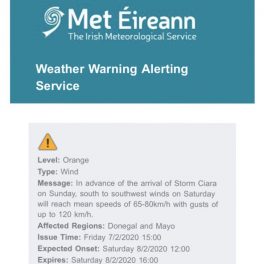