The Irish Marine Data Buoy Observation Network recorded ‘Phenomenal’ seas off the west coast on Tuesday 27th /Wednesday 28th October 2020. A Phenomenal sea is classified as having a significant wave height of 14.0m or more and this was recorded at both M6 and M3 buoys. The depression responsible for these waves was an Ex-Hurricane named EPSILON, which originally developed off Bermuda before being ‘consumed’ into the Jetstream. The M3, M4 and M6 have recorded significant wave heights continually greater than 9m, which are categorized as ‘Very High’ seas since Tuesday evening. Individual waves of 20.04m, 16.9m and 21.7m have also been recorded at these buoys, respectively.

During the storm the phenomenal seas were mostly made up of the swell component of the significant wave and not from the shorter wave period wind wave component, which is typical for these depressions.

The M3 buoy has only been back in service since last week when the Marine Institute deployed a JFC type buoy. This type of buoy which is used at most of our buoy stations, weighs in excess of 5 tones and over 6m in height. 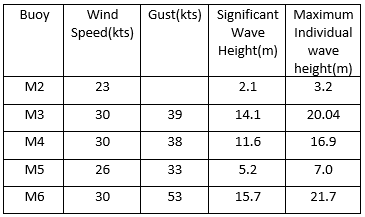 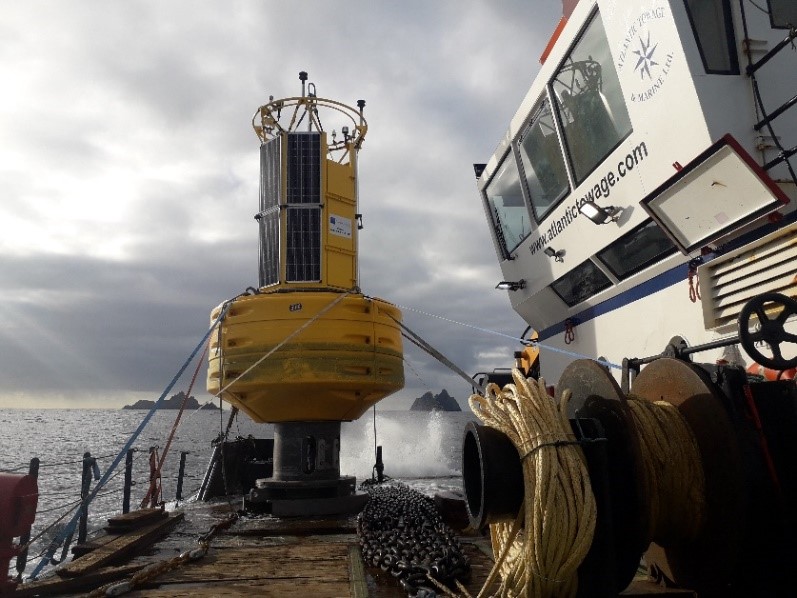 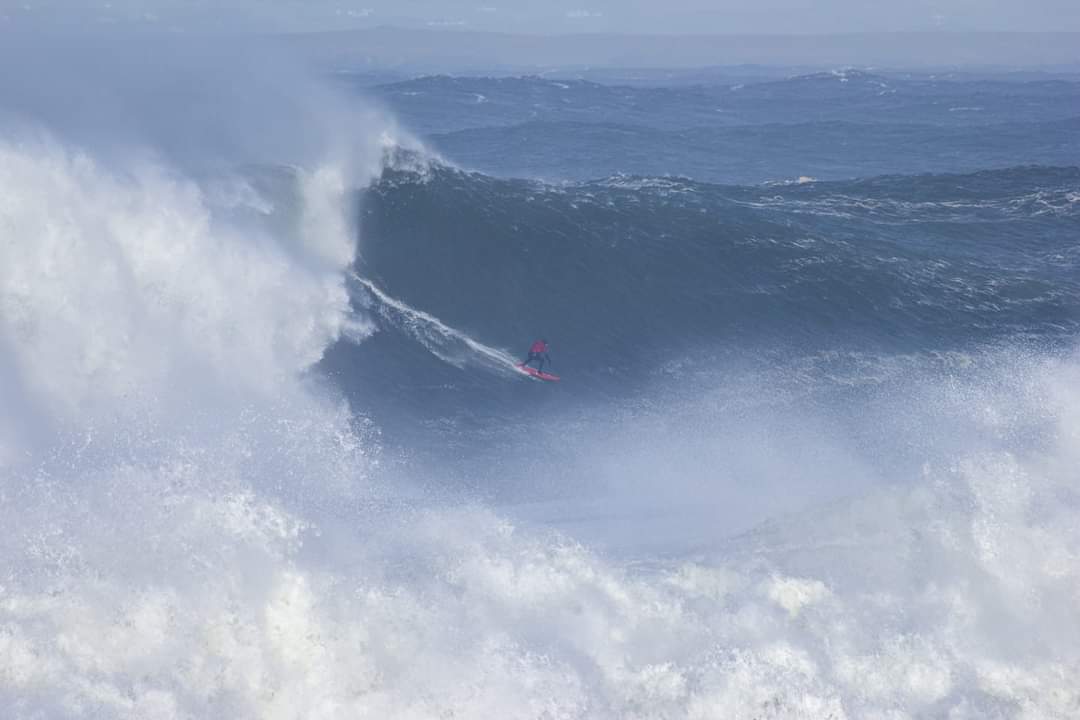 The Irish Marine Data Buoy Observation Network reports for the last 24 hours are available here. Marine Climatology of each buoy with a graph displaying the Mean and Maximum wind speed, air temperature, sea temperature and wave height for each month since their installation is available here. 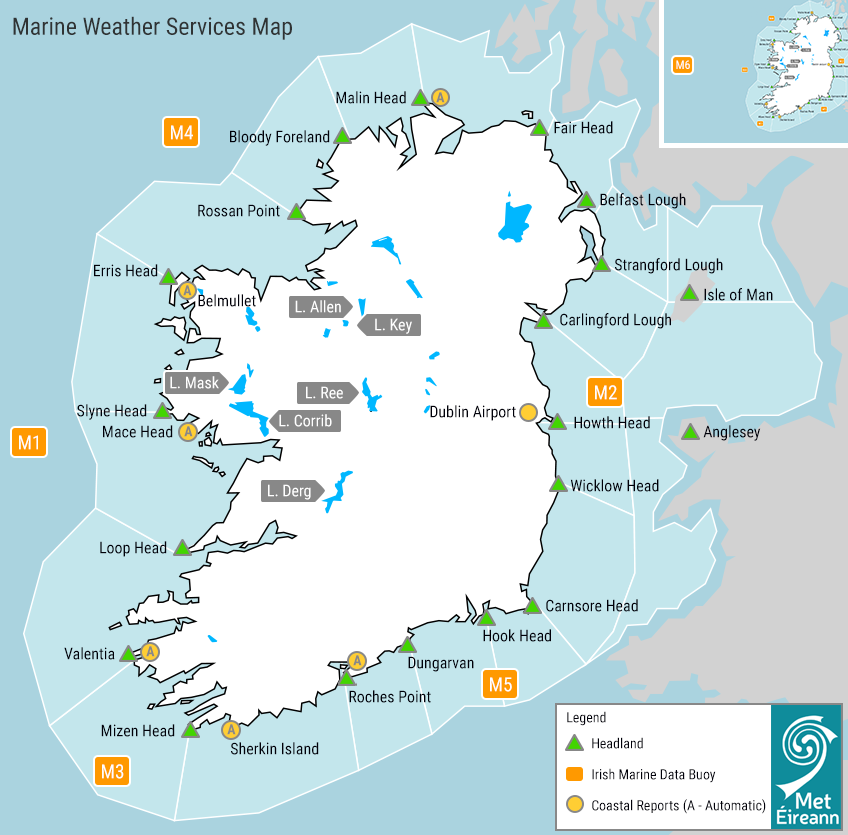 The Met Éireann Podcast on Waves and the Science of Surfing

In the eight episode of the Met Éireann Podcast, presenters Liz Walsh and Noel Fitzpatrick were joined by our now Met Éireann’s Head of Observations Dr. Sarah Gallagher (marine researcher at the time) and surf coach and professional bodyboarder Seamus McGoldrick of Sligo Surf Experience. Together, they explored how waves form and travel, and the best ways to predict their development as a forecaster and as a surfer. We hear how local conditions such as wind, tides and seabed all influence the size and shape of a breaking wave and it’s surfing potential.

You can listen by clicking the link above and/or subscribe to it on your favourite podcast app by searching ‘Met Éireann Podcast’. Further information on this podcast and more is on our Podcast page. The Irish version of this episode on Podchraoladh Met Éireann is available here and on podcast apps.

The six lists below are used in rotation and re-cycled every six years, i.e., the 2019 list will be used again in 2025. Names beginning with Q, U, X, Y and Z are not used and if there are not enough names then the NHC moves on to the Greek alphabet: Alpha/Beta/Gamma/Delta/Epsilon/Zeta/Eta/Theta/Iota/Kappa/Lambda/Mu/Nu/Xi/Omicron/Pi/Rho/Sigma/Tau/
Upsilon/Phi/Chi/Psi/Omega. 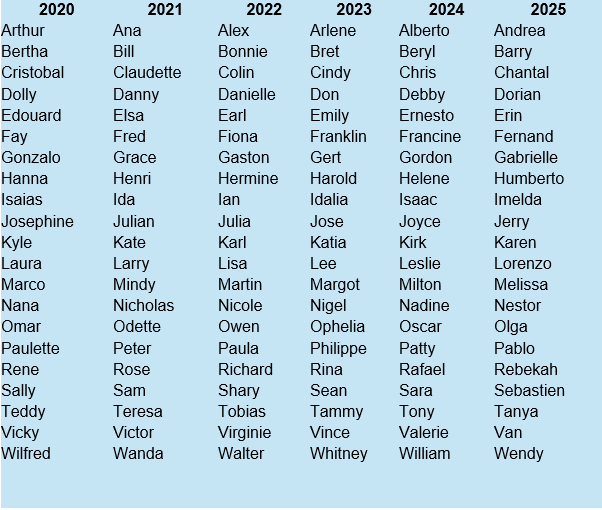