This Saturday (November 21st) sees the launch of a new weather and climate satellite, the Sentinel-6 Michael Freilich. The satellite will be launched on a SpaceX rocket from Vandenberg air force base, California at 17:17 Irish time (09:17 PST) and can be watched live at this link 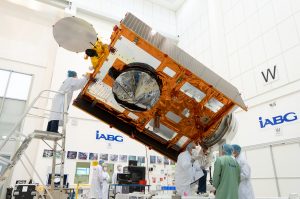 When operational, this satellite will provide very precise measurements of sea-surface height (ocean altimetry). These can be used for tracking sea-level rise due to climate change, and for estimating wave heights and wind speeds for oceanographic and meteorological purposes. The satellite will also provide temperature and humidity profiles of the atmosphere which can be used in computer models for forecasting the weather. The satellite is part of the European Copernicus programme, and has been developed through collaboration with a range of international partners (ESA, EUMETSAT, NASA, NOAA and CNES).

The primary role of Sentinel-6 will be in monitoring ocean altimetry, or the height of the sea surface, through the use of a high-precision radar. This radar will provide precise observations of sea-level through the oceans and along coastlines, allowing for scientists to track and quantify changes in sea-level due to climate change and the rate at which these changes are happening. The altimetry data can be analysed to determine wave heights and wind speeds over the oceans, information that is very relevant to an island in the Atlantic Ocean like Ireland. This data may also be used to determine the intensity and potential track of tropical storms in other regions. 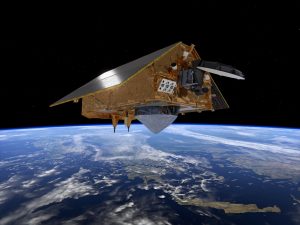 A second instrument on the satellite, known as a Radio Occultation sensor, will provide measurements of temperature and humidity profiles through the atmosphere. These measurements will help give meteorologists a picture of the current state of the atmosphere and can be fed into numerical weather prediction models to help generate accurate forecasts.

There are a range of other applications that the measurements from Sentinel-6 may be applied to. The sea-surface height data may prove beneficial to long-range and seasonal forecasting, for indicating the potential for severe or mild winters or droughts, and detecting the occurrence of El Niño/La Niña episodes. With increased resolution, Sentinel-6 will allow for the detection and monitoring of small-scale ocean currents which were previously too small to be detected by satellite. Observing and understanding these features will be of benefit to maritime navigation, commercial fishing and research. Increased resolution along coastlines may also help improve understanding of local tides and flooding and potential future impacts of climate change and sea-level rise.

Sentinel-6 Michael Freihlich is the first of two Sentinel-6 satellites. Sentinel-6B will be launched in 2025.