The UK Met Office named Storm Francis on Monday the 24th August 2020. Another rapidly deepening Atlantic low-pressure system, less than a week after Storm Ellen, was forecast to cross Ireland and the UK on Tuesday the 25th August, exactly 34 years to the day since Ex Hurricane Charlie hit Ireland (see below for comparison). The first affects from Storm Francis were to be felt in the Southwest of Ireland on the evening of Monday the 24th, with the low pressure centre crossing the country through the day on Tuesday the 25th. The low centre was then forecast to continue moving east north-eastwards across the North of England and into the North Sea in the early hours of Wednesday the 26th. Status yellow wind warnings, along with yellow and orange rainfall warnings were issued for the Island of Ireland. 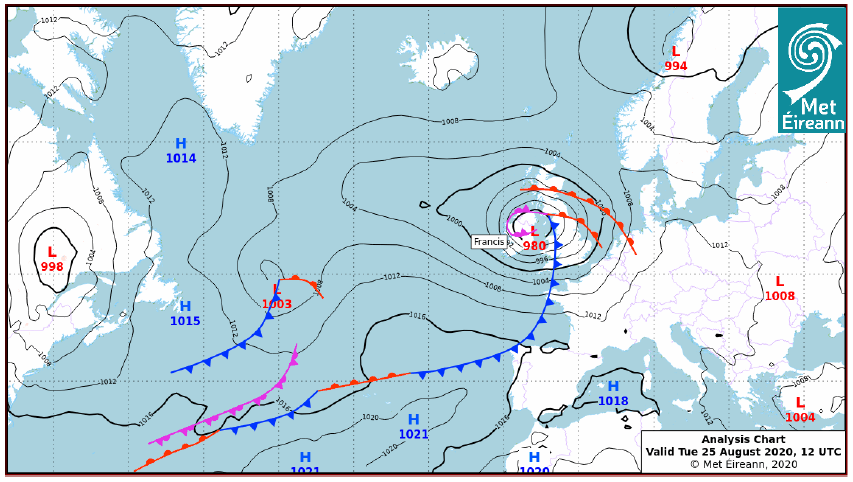 In a similar setup to the development of the previous named storm four days earlier, Storm Ellen, a low pressure system associated with tough already in place in the mid-Atlantic interacted with an area of sub-tropical moisture enriched energy moving up from southwest (although this time not previously a tropical storm). The interaction with the left exit of the Jetstream associated with the tough in the mid-Atlantic again rapidly intensified the surface Low-pressure system, Storm Francis, which formed to the south of the parent low as it moved towards Ireland on Monday the 24th. However, this time Storm Francis merged fully with the parent low and became the dominant low-pressure centre. As such, Storm Frances was not steered by the parent low as it approached the Southwest of Ireland late on the 24th, resulting in Storm Francis taking a different path to Ellen, moving directly over the country along a line between Galway and Louth in an east-northeast direction with a minimum central pressure of 979 hPa. 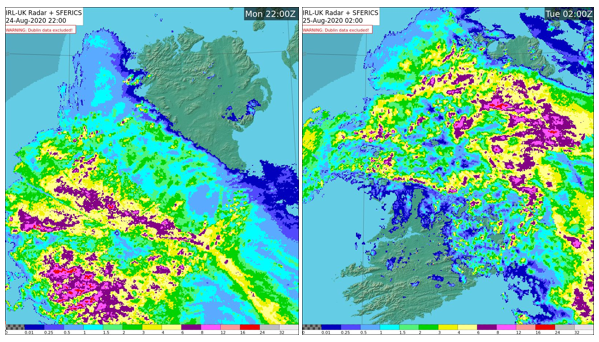 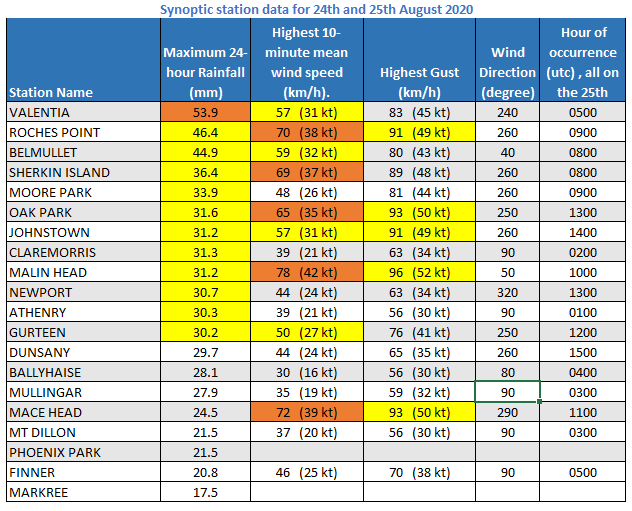 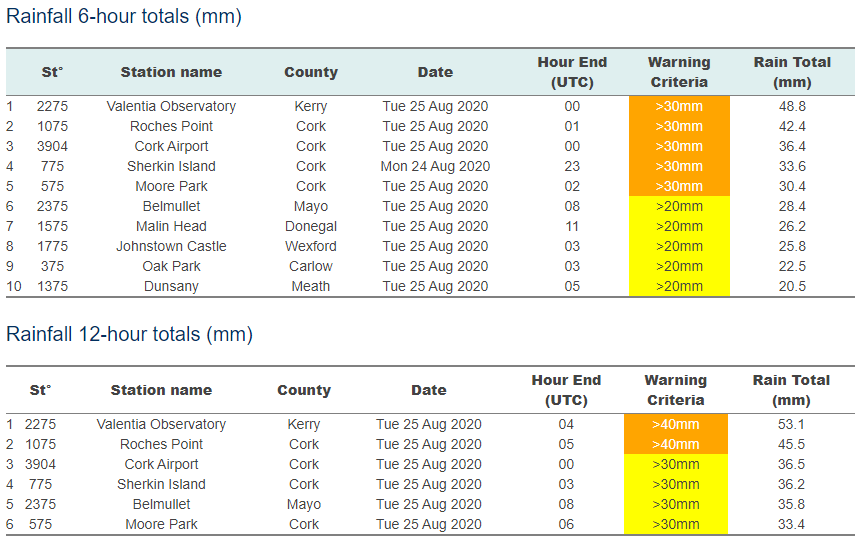