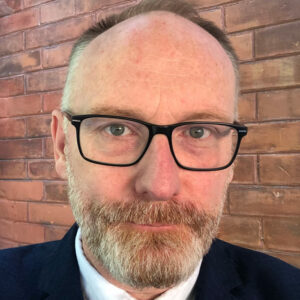 The 30-member-state EUMETSAT Council made the decision at its 101st meeting today.

The council is the supreme decision-making body for EUMETSAT, which controls fleets of meteorological satellites from its headquarters in Darmstadt, Germany. The data from these satellites is disseminated to member states to inform citizens and decision-makers about upcoming weather events and changes to the climate

“This is a very exciting time of transition for EUMETSAT. I am looking forward to working with Eoin Moran on the challenges ahead of us.”

“The aim is simple, to equip meteorological services with the data they need to provide even more accurate weather predictions and to help protect lives, infrastructure and livelihoods through early warnings of severe weather events,” Moran said.

“The need for this is clear. The European Environment Agency estimates that weather and climate-related events caused as much as €520 billion in economic losses in the EEA between 1980 and 2020. Up to 145,000 lives were lost over the same period.

“EUMETSAT member states are preparing now for these new systems. It’s a great honour to be elected chair of EUMETSAT at this time, when our communities are experiencing more frequent extreme weather events due to climate change.”

EUMETSAT’s responsibilities under the European Union’s Copernicus environment-monitoring programme will also expand in the years ahead.

Moran has been a member of Ireland’s delegation to EUMETSAT since 2016, and council vice-chairman since 2018.

Moran takes over the position of EUMETSAT Council chair from Gerard van der Steenhoven, of the Royal Netherlands Meteorological Institute (KNMI), who held the post for four years.

“Gerard has steered EUMETSAT with enormous skill through the challenging development phase leading up to the deployment of the organisation’s next-generation systems,” Moran said.

“I thank him for his dedicated service to EUMETAT and to satellite meteorology and climate monitoring in Europe.”

At the same meeting, Marianne Thyrring, Director-General of the Danish Meteorological Institute, was elected vice-chair for a two-year term.

EUMETSAT, Europe’s meteorological satellite agency, monitors the weather and climate from space. Based in Darmstadt, Germany, EUMETSAT provides its 30 member states with meteorological imagery and data that are essential for keeping their communities safe and for the benefit of critical sectors of their economies.

Four Meteosat satellites in geostationary orbit deliver continuous observations of fast developing severe weather events over Europe, Africa and the Indian Ocean. Two polar-orbiting Metop satellites provide data of pivotal importance for forecasts up to 10 days ahead. The first of the next-generations satellites in these systems will be launched in 2022 and 2024, respectively.

EUMETSAT is a key partner in the European Union’s Copernicus Earth observation programme. It operates the Copernicus Sentinel-3 and -6 ocean-monitoring missions, and will operate the upcoming CO2M mission, to monitor carbon dioxide emissions. EUMETSAT will fly the Copernicus Sentinel-4 and -5 missions on board its own MTG and Metop-SG satellites. Data from these Sentinels, and EUMETSAT’s own missions, are provided to the Copernicus climate, atmosphere monitoring and marine environment services. Along with European Space Agency and the European Centre for Medium-Range Weather Forecasts, EUMETSAT is a partner in the EU’s DestinE initiative, creating digital twins of the entire Earth system.

Together with NASA, NOAA, the EU, ESA and with support from the French Space Agency, CNES, EUMETSAT is a partner in the Jason and Copernicus Sentinel-6 ocean-monitoring missions.

EUMETSAT cooperates with agencies around the world, securing additional satellite data of benefit to weather forecasting and climate monitoring.