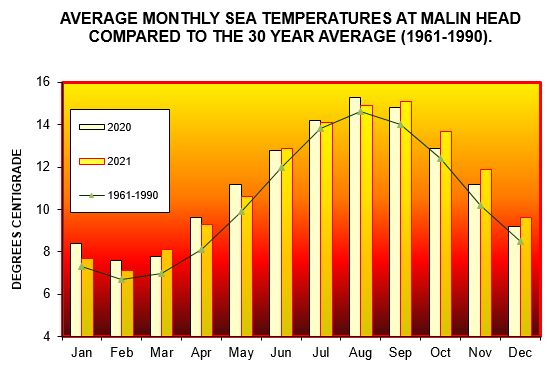 Disclaimer: the above figures for 2020 are provisional and may be subject to change after quality control and before official release.

Sea temperatures off the Irish coast range from an average of 10°C off the south-west coast to less than 7°C off the north-east coast during February, and from 16°C in the south to 13°C in the north Irish Sea in August.

Highest and lowest temperatures occur somewhat later in the year at sea than over land. Water takes longer to warm up and cool down. In general, sea temperatures are higher than those of the air during the winter, while the reverse is the case during the summer months. The differences in both cases are comparatively small, less than 5° C but they are large enough to have a major influence on our climate. 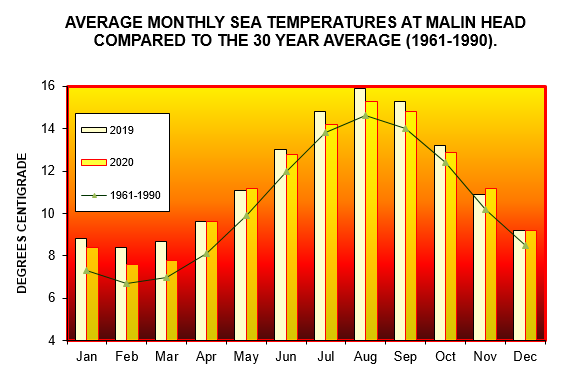