Mild, wet in the West, drier in the East
November 2020 was a mild, Atlantic dominated month, with a wind flow mostly between southerly and westerly. The very active weather from the end of October continued for the first few days of November, with deep Atlantic low-pressure systems bringing active weather fronts across the country from the west. High pressure developed from the south for the second half of the first week, keeping it mostly dry for several days. A trough of low-pressure moved up from the south at the end of the first week, pushing the high pressure away. For the following two weeks, low pressure to the north dominated once again bringing bands of rain and showers from the west on most days, up to the 24th. Active weather fronts brought wide-spread and sometimes heavy rain across the country on the 8th, 10th, 11th and 24th, with the western half of the country receiving the bulk of the rain. High pressure dominated for the final week of the month, which kept the active weather fronts away from Ireland. There was a lot of dry weather with slack winds but it become cooler with frost and fog more of a feature. Some weak weather fronts traversed the country at times, which brought cloudy, murky conditions.

Rainfall: Above average in most places, highest in the West and Northwest 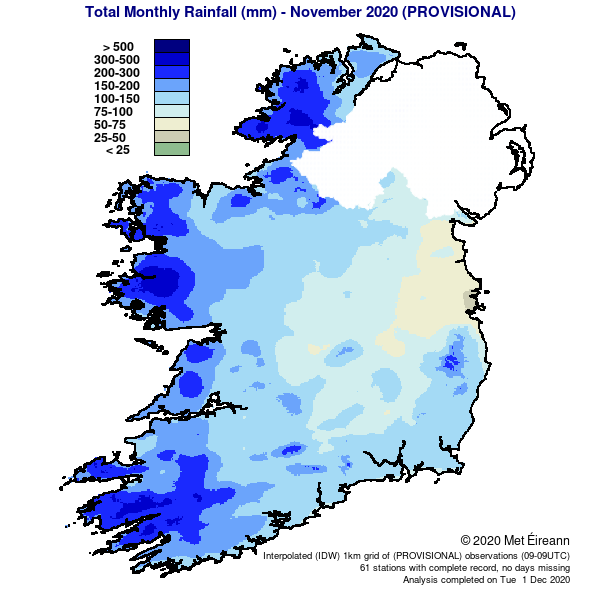 Sunshine: Above average in the South and East

Sunny. Wet in the West and Northwest, drier in the South and East

The first two thirds of September where warm with high pressure to the south of Ireland dominating and pushing the Jetstream further north. It was wet in the Northwest but relatively dry elsewhere. The final third of the month was cool as the Jetstream moved south again and Atlantic low-pressure systems brought widespread rain. October was a cool, wet and windy month with Ireland situated under, or on the cooler northern side of the Jetstream for much of the time. Low pressure dominated the first week, followed by a relatively dry period with high-pressure close by. A very strong Jetstream brought stormy conditions for the final third of the month with Storm Aiden (the first named storm of the 2020/2021 storm season) affecting Ireland on the 31st. November was a mild month overall as the Jetstream moved north again. Low pressure to the north and high pressure to the south for most of the month resulted in a predominately west or southwesterly airflow. The western half of the country saw a lot of rain off the Atlantic while the East stayed drier. The month finished drier everywhere under slack high-pressure conditions with fog and frost in places.

Rainfall: Highest in the West and Northwest 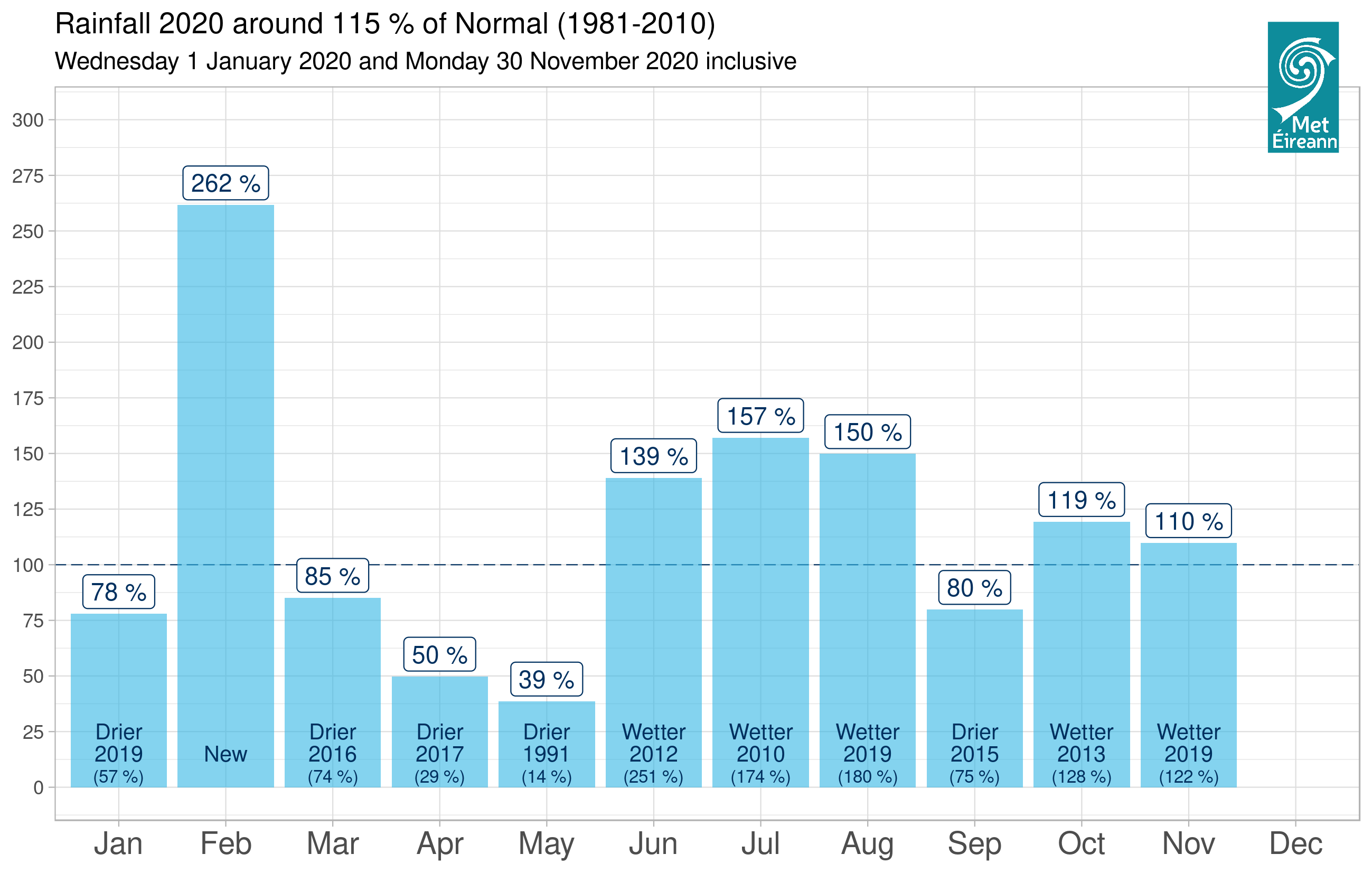 Seasonal mean wind speeds ranged from 6.1 knots (11.3 km/h) at Moore Park, Co Cork to 16.1 knots (29.8 km/h) at Mace Head, Co Galway. Gales were re-ported on numerous days with up to strong gales reported on 8 days during the season. Storm force winds were reported on the 31st Oct during Storm Aiden.