April was a very dry month with high pressure dominating. The high-pressure systems often set up to the west or northwest of Ireland, which brought cool polar air masses over the country on several occasions through the month, leading to below average temperatures everywhere, but also above average sunshine. The first week saw high pressure to the northwest build towards Greenland, allowing a very cold polar air mass sweep south over the country in a northerly airflow. This brought rain or showers, some wintry, towards the end of the first week but amounts stayed low. The cold northerly airflow re-established during the second week as high pressure intensified once again to the northwest of Ireland with low pressure moving over Scandinavia. There were occasional showers, again some wintry and with hail, but the week finished dry as high-pressure developed directly over Ireland. The high pressure moved towards Scandinavia during the third week and some weak weather fronts crossed the country, but rainfall amounts again stayed low, especially in the South and East. At the beginning of the fourth week, high pressure again built over Ireland and gradually moved to the north, bringing a dry easterly airflow over the country for most of the week. This brought a few warm days, especially in the Midlands and West, before low pressure moved south over the UK towards the end of the month, establishing a cool and showery north-easterly airflow over the Ireland.

The full report is available here. 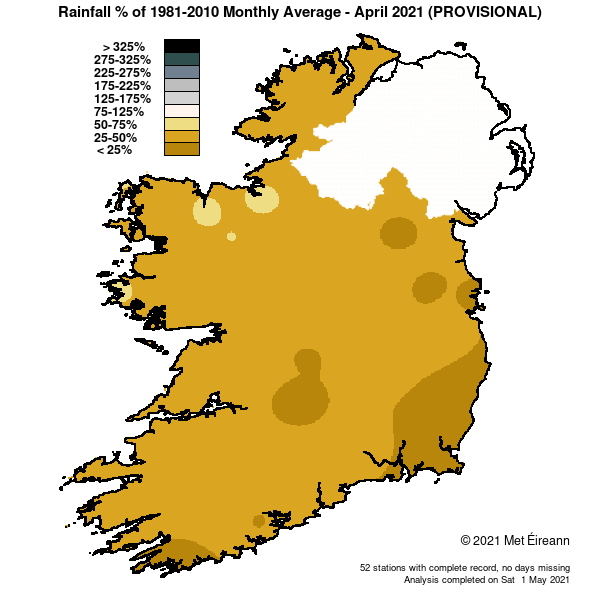 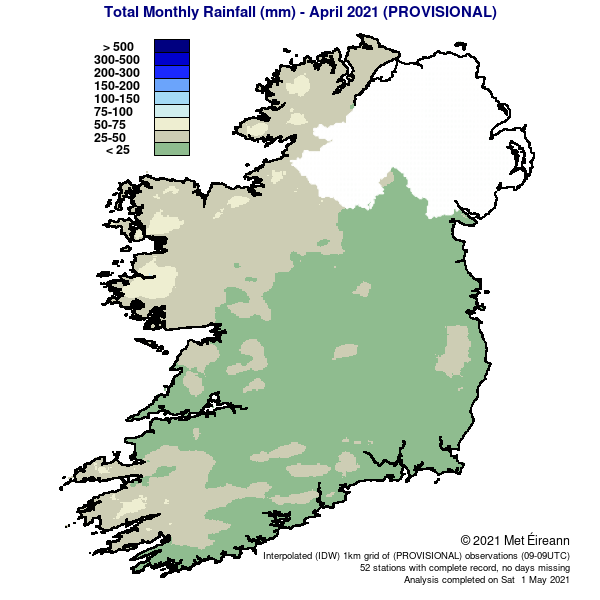