There are currently some technical issues with the Shannon Radar on our website and app, we are investigating these issues to resolve it. Please view the National forecast.

Energy from the sun in the form of ultra-violet, visible and infra-red electromagnetic radiation is known as solar radiation. It has been measured by Met Éireann since 1954 when the first pyranometer was installed at Valentia Observatory. At present, observations of solar radiation are made at seven meteorological stations as well as by some Universities and other research institutes.

Why Solar Radiation is measured

Solar radiation is measured by Met Éireann as one of the many elements in its observational programme and is being added to its climatological database. It is used in agrometeorology where plant growth, ripening, drying conditions and crop yield are related to the solar energy available.

Brief description of the nature of Solar Radiation

This figure shows the solar radiation spectrum for direct light at both the top of the Earth’s atmosphere (represented by the yellow area) and at sea level (red area). The sun produces light with a distribution to what would be expected from a 5525 K (5250 °C) blackbody, which is approximately the sun’s temperature. As light passes through the atmosphere, some is absorbed by gases with specific absorption bands. Additional light is redistributed by Raleigh scattering, which is responsible for the atmosphere’s blue colour. 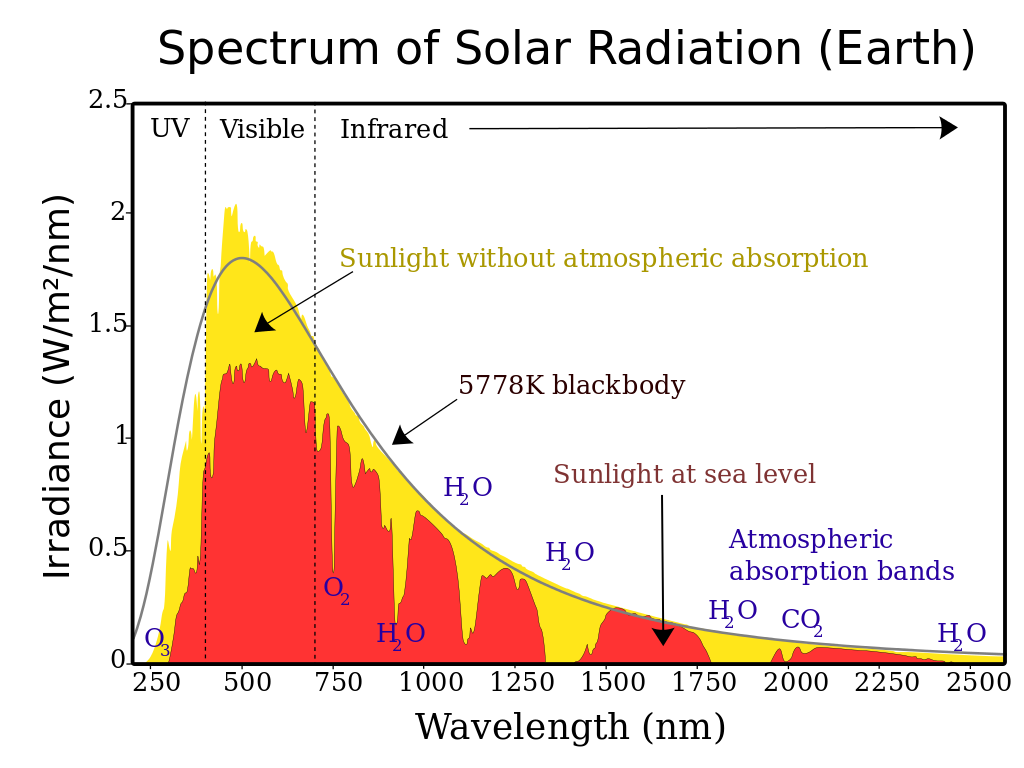 This table gives the components of solar and terrestrial radiation with their approximate wavelength ranges: