LIGHTNING is a powerful sudden flow of electricity (an electrostatic discharge) accompanied by thunder that occurs during an electric storm. The discharge will travel between the electrically charged regions within a thundercloud, or between a cloud and a cloud, or between a cloud and the surface of a planet. The charged regions within the atmosphere temporarily equalise themselves through a lightning flash, commonly referred to as a strike if it hits an object on the ground. 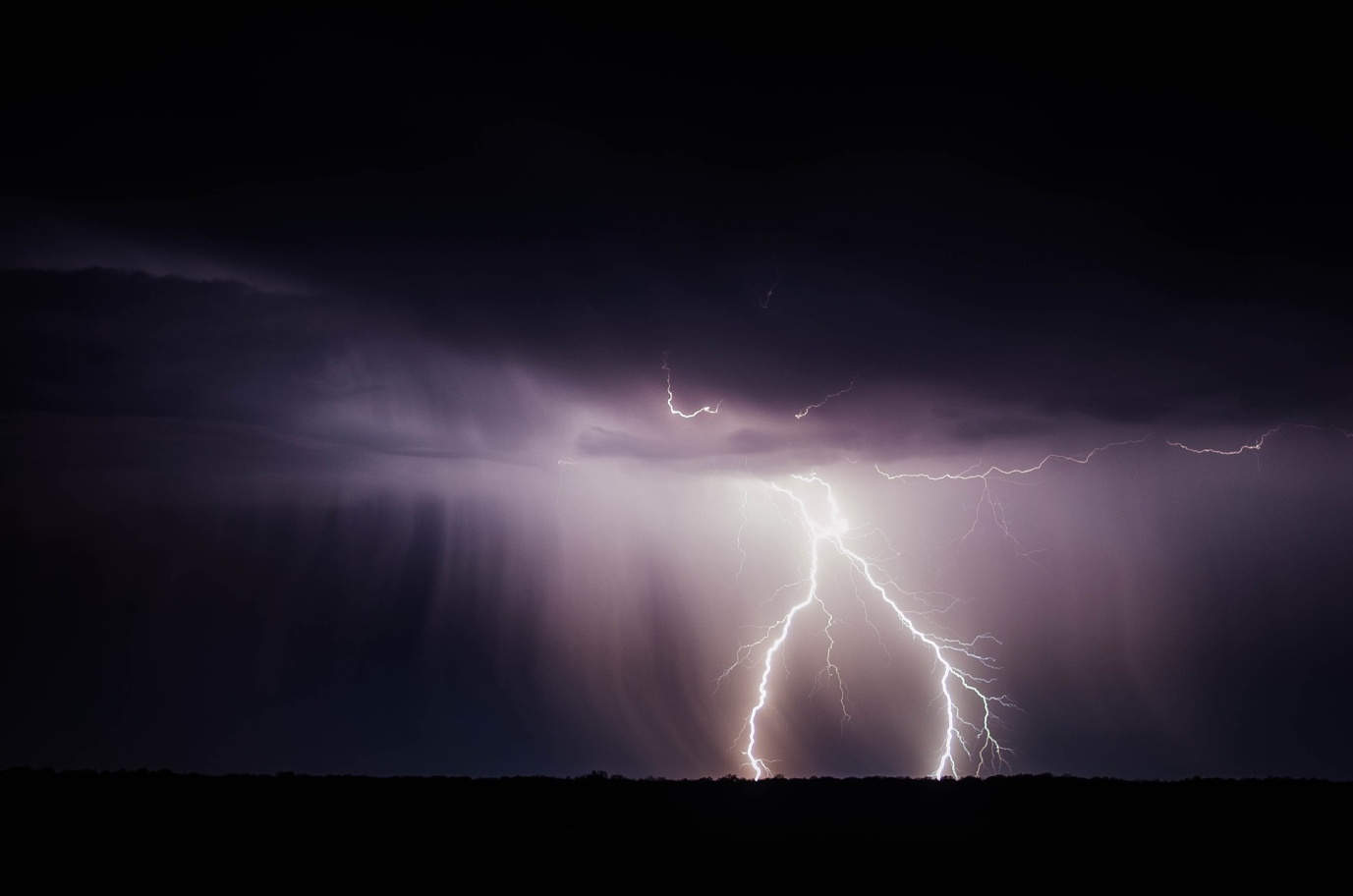 There are three primary types of lightning:

Although lightning is always accompanied by the sound of thunder, distant lightning may be seen but may be too far away for the thunder to be heard.
A typical cloud to ground lightning flash culminates in the formation of an electrically conducting plasma channel through the air in excess of 5 kilometres tall, from within the cloud to the ground’s surface. The actual discharge is the final stage of a very complex process. On Earth, the lightning frequency is approximately 40–50 times a second or nearly 1.4 billion flashes per year and the average duration is 30 microseconds.

In order for an electrostatic discharge to occur, two things are necessary:

Objects struck by lightning experience heat and magnetic forces of great magnitude. The heat created by lightning currents travelling through a tree may vaporize its sap, causing a steam explosion that bursts the trunk. Even though roughly 90 percent of people struck by lightning survive, the injury may by severe. Buildings or tall structures hit by lightning may be damaged as the lightning seeks unintended paths to ground. The use of lightning conductors allows the safe conduction of a lightning strike to ground.

Because the electrostatic discharge of terrestrial lightning superheats the air to plasma temperatures along the length of the discharge channel in a short duration, kinetic theory dictates gaseous molecules undergo a rapid increase in pressure and thus expand outward from the lightning creating a shock wave audible as thunder.
Since the sound waves propagate not from a single point source but along the length of the lightning’s path, the sound origin’s varying distances from the observer can generate a rolling or rumbling effect.

Light travels at about 300,000,000 m/s. Sound travels through air at about 340 m/s. A lightning flash preceding its thunder clap by five seconds would be about one mile (1.6 km) (5×340 m) distant. A lightning strike observed at a very close distance will be accompanied by a sudden clap of thunder and possibly accompanied by the smell of ozone (O3).