Valentia Observatory is part of the Irish National Seismic Network and is Ireland’s oldest seismic recording station, taking measurements since 1962. As well as calculating the magnitude and location of earthquakes all over the world, data recorded at the station has been used for the monitoring of nuclear testing and for scientific research.

Located about 1,000 miles from the Mid-Atlantic Ridge, the nearest active seismic zone to Valentia station is in the north of England, approximately 350 miles distant, where earthquakes of local magnitude 5 have been recorded. Natural seismic activity at the observatory is confined to disturbances caused by strong winds and by wave action along the Atlantic Coast.

The data is sent to the Dublin Institute for Advanced Studies (DIAS) for analysis and then onto World Data Centres. Analysis begins with the identification of picks, i.e. marking the arrival time of waves or wave phases. The travel time must be calculated very accurately in order to compute a precise hypocenter. Since P waves move at many kilometres per second, if the travel-time calculation is off by even half a second, it can mean an error of many kilometres in terms of distance. 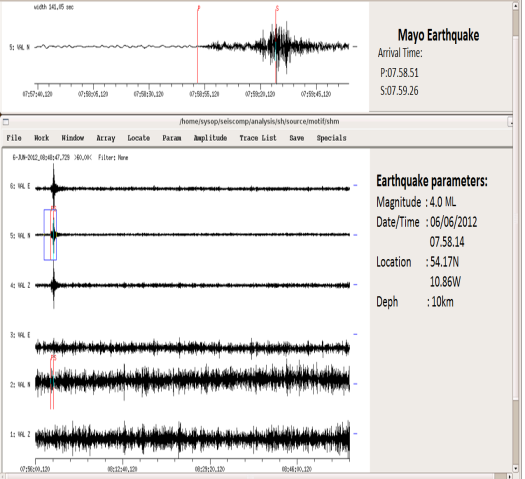 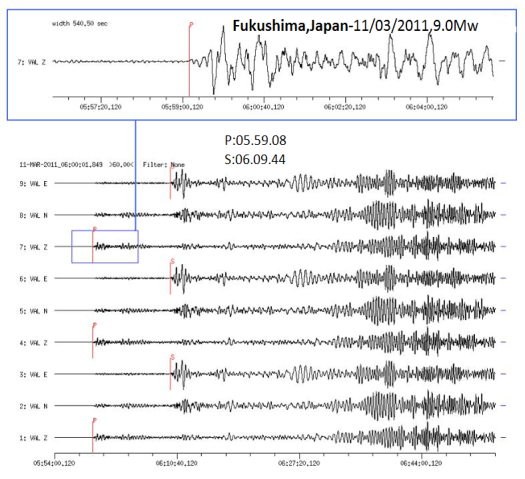