Valentia Observatory has lightning detection antenna which form part of an international network administrated by the UK Met Office. Lightning detection provides forecasters with information on storm movements as well as guidance in the production of warnings for the public, Airports, ESB and so on.

The ATDNET thunderstorm system is a system that was originally designed by the Met Office to provide lightning location data with a nominal location accuracy of approximately 2km or better for the UK.

The new upgraded ATD network, completed in 2007 delivers greater than 90% detection efficiency and a location accuracy of less than 3km for the UK/Western European area. 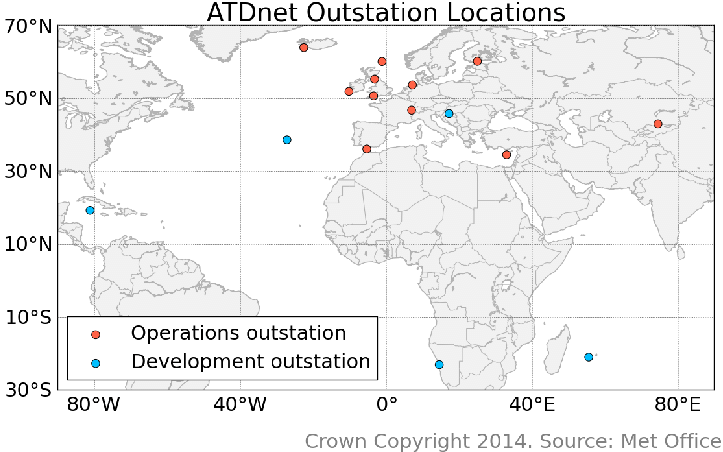 In 2007 Valentia Observatory joined the network; this allowed an increased throughput of detected radio atmospheric signal or SFERICS of at least 100, 000 flashes per hour, with rates normally in the range of 10,000 to 60,000 depending on the time of day in Europe.

When a lightning strike occurs, a pulse of electromagnetic energy is created going in every direction, some of which is seen as the bright flash of light usually associated with lightning. This pulse also produces emissions at frequencies which are outside of our visual range.

The ATD system detects these pulses at a frequency (10-14 kHz) known as VLF (Very Low Frequency) – a much lower frequency than normal radio waves. At this frequency, the pulses are called ‘sferics’, from ‘atmospherics’.

These waves are capable of travelling great distances, up to 10000 km because they are reflected between the surface of the Earth and a layer of the upper atmosphere called the ionosphere, in a similar way
to light travelling within a fibre optic cable.

A single sensor (See figure) can detect a “sferic” which can often be heard as a crackle on low frequencies on old radios. 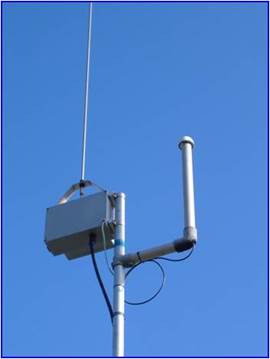 Several sensors are needed to calculate where the “sferic” came from. The ATDnet has 10 to 12 sensors for Western Europe and more worldwide. Waveforms are analysed and sent to the central control station UK Met Office HQ on request.

Accurate time calibration is needed to detect the location of a ‘sferic’. As the “sferic” travels very close to the speed of light, the timing differences between distant sensors is very small, without very accurate timing, the calculations done to locate the strikes would be impossible. Waveforms from different outstations are correlated to estimate time differences The difference in the time taken for the “sferic” to reach one sensor relative to another is called the ATD (Arrival Time Difference).

The Arrival Time Differences are then used to calculate lightning position by iterative method (See Figure). If you plot the ATD of each of the sensors relative to the reference sensor on the same map, the place where all of the curves cross is the location of the thunderstorm. 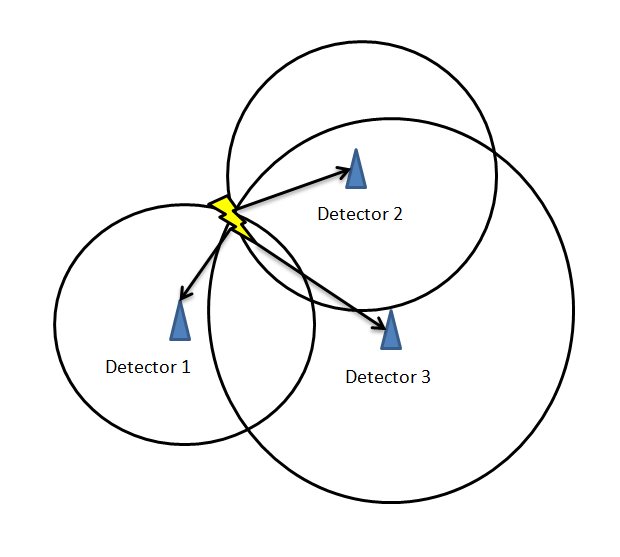