On the 15th December 2020, the WMO held their inaugural International Weather Apps Awards ceremony in which they announced the results of this competition which was launched in August 2020. The event was hosted online on their YouTube channel here.
“The Weather Apps Awards Competition recognizes excellence in ever-improving mobile-based applications, which have become the most widespread way for the public to access and use weather information.”
The WMO, via their Pubic Private Engagement enterprise, sought to ‘provide recognition, and stimulate the development of ever-improving mobile-based applications for weather and climate information’ Read more…
The awards ceremony, which also included its annual Calendar competition for weather photography, forms part of the celebrations of the organization’s 70th anniversary in 2020.
The competition received 118 entries from all over the world. The submissions were well balanced between the public sector (38%), private sector (41 %), and others (21 %), including universities, research institutions and private weather enthusiasts.
The 13-member international jury, with expertise in various fields including weather and climate, IT, communication and social science, recognized 18 Winners and 14 Honourable Mentions in 3 categories. 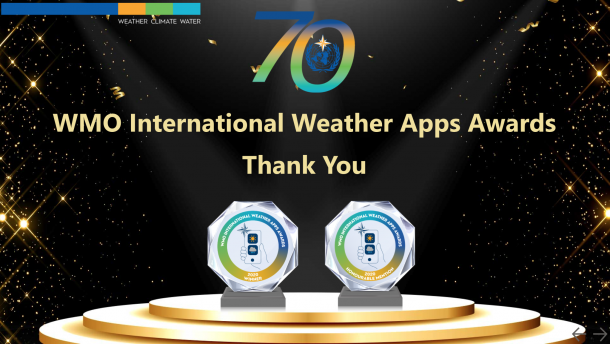 We are delighted that the Met Éireann app won the Honourable Mention in Group 3, sub category 1: Award for Information Content – usefulness, reliability, quantity and quality of information submissions from public sector (NMHSs’ apps). This achievement of Honorable Mention of our app acknowledges, and honours, the quality and extent of weather forecasts provided on it, which is a testament to the expertise of our weather forecasters and NWP developers in particular, and of the extended design and test team.
Award Categories:
Group 1 – Innovation and promotion of the use of weather and climate information for development.
Group 2 – Specialized apps award category.
Group 3 – Public weather forecasts and information (general category).
Sub-category 1. Award for information content – usefulness, reliability, quantity and quality of information
Sub-category 2. Award for design and presentation of information – user-friendliness, access, customization
Read more on the ceremony and view the full list of Winners and Honourable Mentions in the WMO new article here
WMO App Awards & Calendar Ceremony on YouTube
@minute 32 Juror Neil Gordon discusses the selection process for Group 3 and was very impressed with features like clickable and colour coded warning maps, and impacts and advice on actions (for the public)- on the Met Office app.
@minute 37 Gerry Fleming discusses the selection process for Group 3 categories. In Sub-category 1 the apps were judged on their usefulness, reliability, quantity and quality of information. 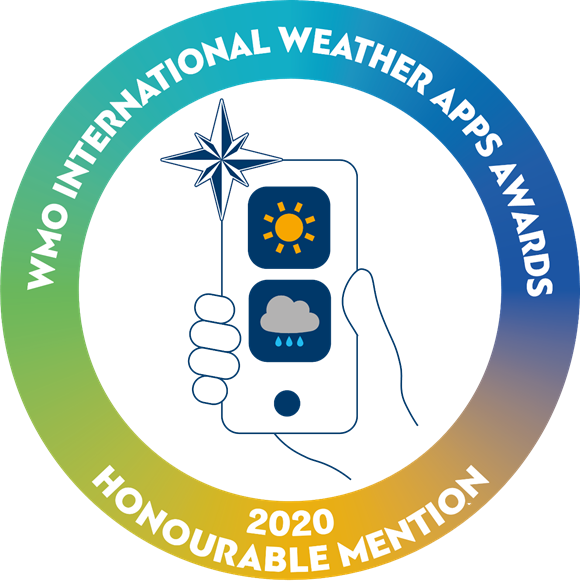 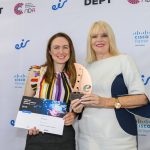 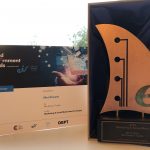 Met.ie is one of the most visited public sector websites with over 7.2 million users and over 60 million page views since launch in April 2018. It has achieved the international Web Accessibility standard WCAG 2.0 Level AA. 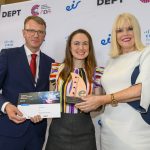 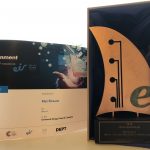 The Met Éireann Podcast won an award at the 2021 DHPLG RÉALTA Awards. Subscribe wherever you get your podcasts

At the DHPLG RÉALTA Awards in July 2019, Met.ie website and app won the Divisional Winner Award. 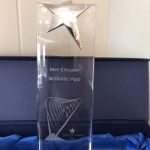 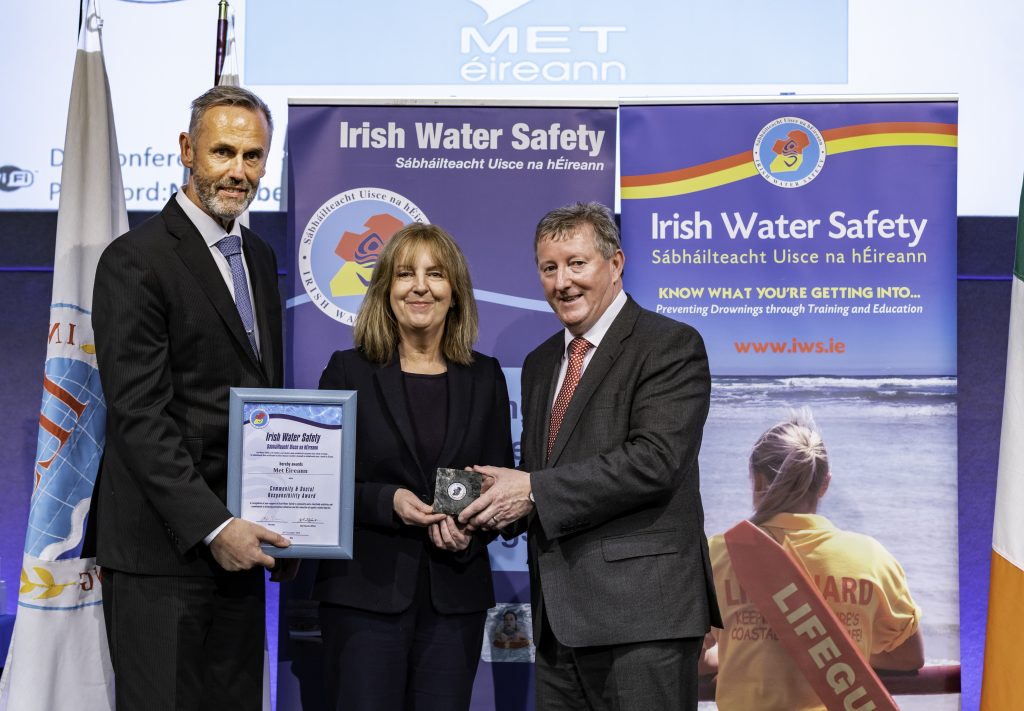 The Head of Forecasting in Met Éireann, Evelyn Cusack alongside colleagues Joanne Walker and Andrew Doran-Sherlock were there to accept the award. The award was presented by Mr. Seán Canney TD, Minister of State for Community Development, Natural Resources and Digital Development from the Department of Rural and Community Development.

Irish Water Safety are a statutory and voluntary body and registered charity established to promote water safety and reduce drownings in Ireland. Their focus is on Public Awareness and Education of water safety.

Thirty-six lives were saved from drowning by rescuers who received recognition at Irish Water Safety’s National Annual Awards Ceremony at the Hibernia Conference Centre, Dublin Castle on Wednesday 28th November 2018, 2.30pm – 5 pm. Mr Seán Canney TD, Minister of State at the Department of Rural & Community Development presented the “Seiko Just in Time Rescue Award” to the rescuers in appreciation for saving so many lives. ‘It is an honour to pay tribute to these courageous recipients. Tragically an average of 127 people drown in Ireland every year and although that’s 127 too many, the figure would be even higher but for the dramatic efforts of these individuals who saved others from drowning and the ongoing work of Irish Water Safety
volunteers teaching swimming and water rescue skills.”

Long-Service Volunteer Awards were presented to 63 volunteers, recognising a combined total of 1,315 years of service teaching swimming, water rescue and survival skills in communities nationwide. The work of Irish Water Safety’s volunteers in teaching and assessing Lifeguards pays dividends at our waterways every year, reflected in the fact that Lifeguards rescued 331 people from drowning this summer, administered first aid on 4,496 occasions and reunited 329 lost children found wandering unsupervised near water.” “I appeal to all adults to make themselves more aware of the dangers of drowning”, continued Minister Canney. “It only takes seconds for tragedy to strike and this can so easily be avoided if people learn about the hazards and take personal responsibility for their own safety. I ask that people encourage friends and family to read Irish Water Safety’s guidelines at www.iws.ie so that they have the knowledge, skills and attitudes necessary to avoid becoming a drowning statistic.” 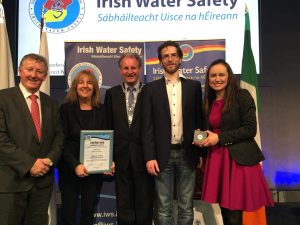 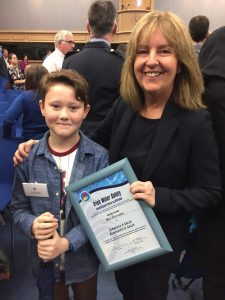 Evelyn was honoured to have her photo taken with Finn Bell Ryan who won a SEIKO Just In Time award for saving the life of a three-year-old boy while on holiday in Portugal. He is the youngest ever recipient of this award. 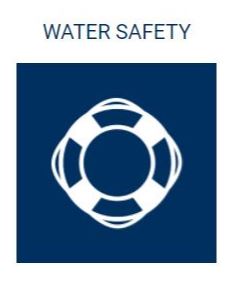 Image of link to Irish Water Safety website www.iws.ie on our homepage during summer months 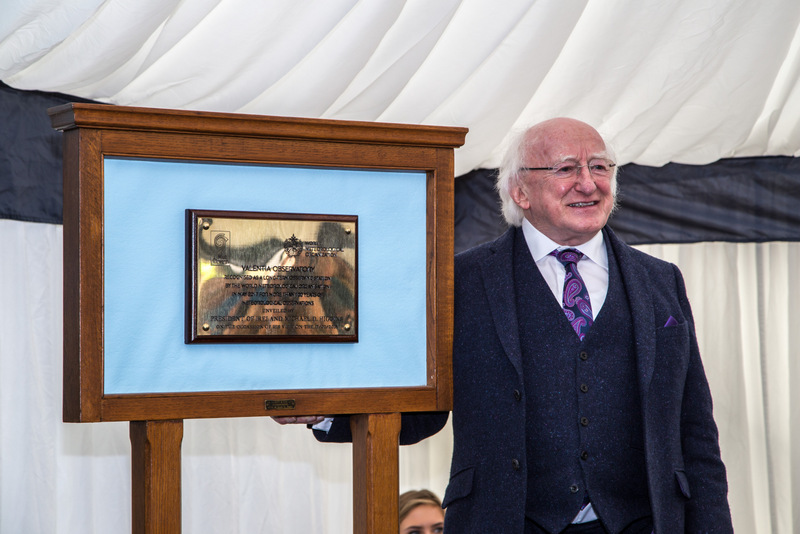 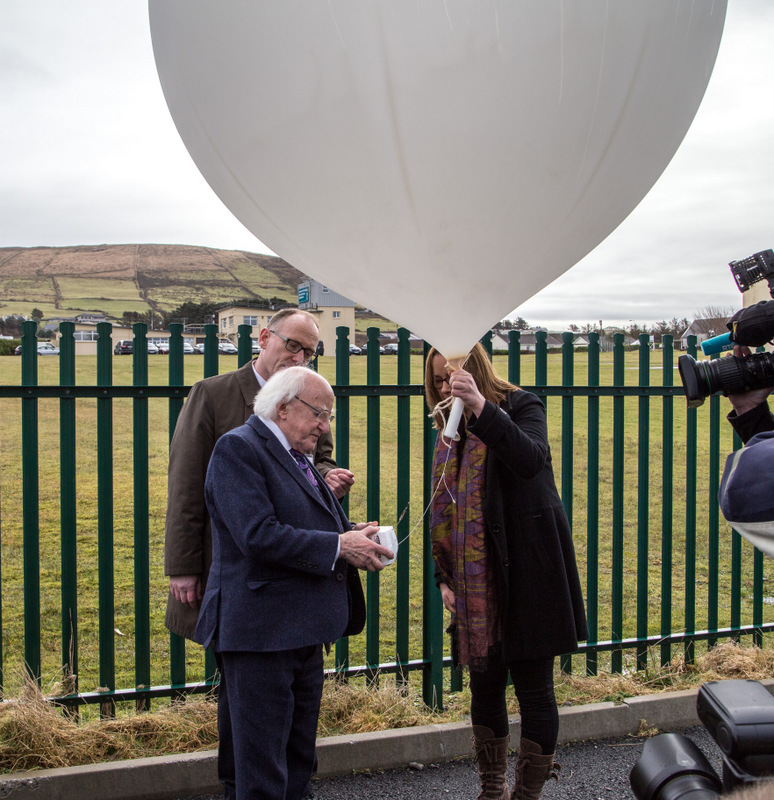 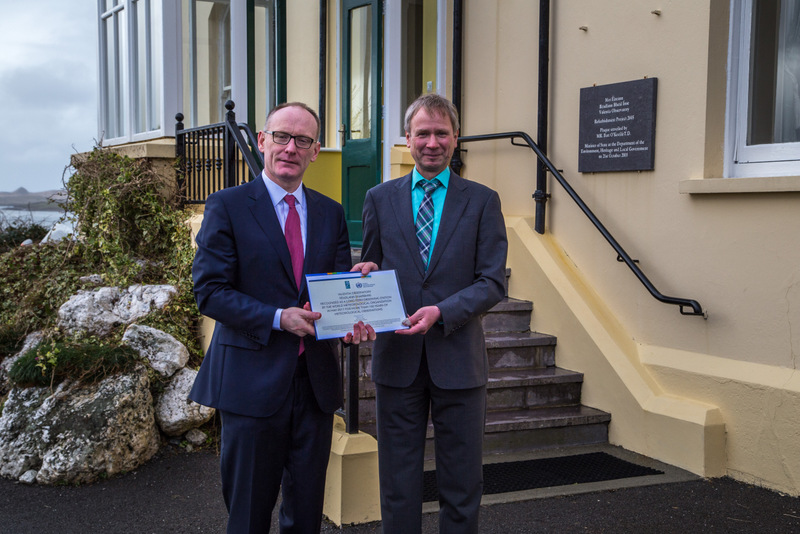 We would like to wish heartiest congratulations to our very own super broadcaster, Evelyn Cusack, Head of the Forecasting Division in Met Éireann, on receiving the EMS Broadcast Meteorologist Award 2018!

This award honours life achievement of an outstanding broadcast meteorologist. Her long, distinguished career in meteorological science began as a weather forecaster in 1981 and she extended her broadcasting skills to television in 1988. 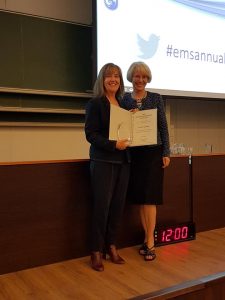 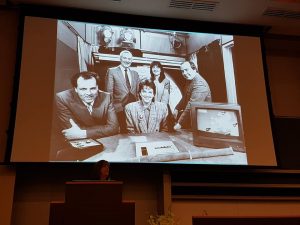