Early Warnings for All Action Plan unveiled at COP27

Extreme weather events can have catastrophic impacts on human life and property, causing widespread damage and destruction. Severe temperature and rainfall events have increased in frequency and intensity as a result of climate change, and will increase further as emissions continue to rise and the climate crisis escalates. Recently we have seen famine in the horn of Africa and flooding in Pakistan exacerbated by climate change, and extreme weather events are projected to increase in frequency and intensity Ireland.

Though weather-related disasters have increased by a factor of five over the past 50 years, deaths from these disasters have decreased threefold over the same period. The reduction in deaths has decreased due to advances in disaster management, and the implementation of early warning systems.

Though deaths are decreasing, the number of people who are exposed to weather related disasters is increasing as a result of climate change, and regions which were previously unaffected by climate change will now face new impacts. In order to give everyone on the planet the same chance of preparing for a weather-related disaster, a global agreement has been reached and the ‘Early Warnings for All Action Plan’ was unveiled today at COP27 in Egypt.

The plan was drawn up by the World Meteorological Organization and partners, supported by a joint statement signed by 50 countries. The Secretary General of the United Nations Antonio Guterres stated that: “Ever-rising greenhouse gas emissions are supercharging extreme weather events across the planet. These increasing calamities cost lives and hundreds of billions of dollars in loss and damage. Three times more people are displaced by climate disasters than war. Half of humanity is already in the danger zone”.

The action plan outlines new targeted investments between 2023 and 2027 of US$ 3.1 billion – a sum which would see a tenfold return on investment by avoiding huge losses. The funding will cover disaster risk knowledge, observations and forecasting, preparedness and response, and communication of early warnings, and focus on developing countries where major gaps in early warning systems remain. Only half of the countries on the planet have adequate early warning systems, these investments will help to bridge this gap.

The breakdown in funding is split into four pillars: 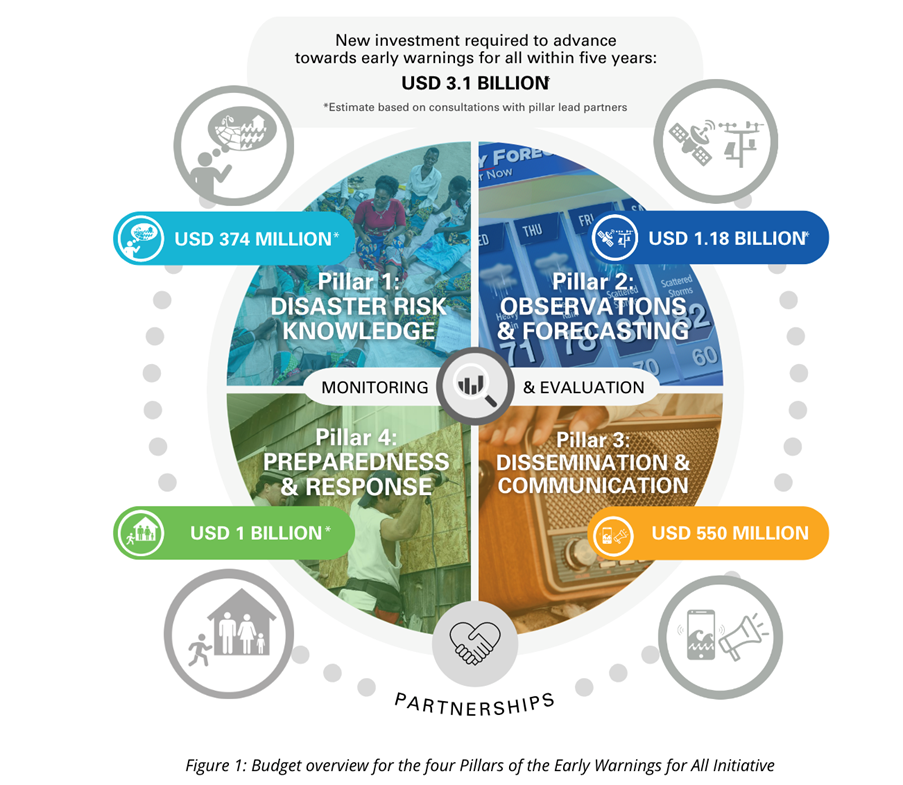 Figure 1. Breakdown of the budget for the Early Warnings for All initiative. Courtesy WMO.

According to the World Meteorological Organisation (WMO), the essential components necessary to achieve Early Warnings for All include: a deeper understanding of risk across all time scales; stronger national meteorological and hydrological services, disaster risk management agencies and emergency preparedness measures, accessible financial and technical support and an anticipatory humanitarian sector. A people-centred approach that prioritizes community engagement is fundamental to the successful implementation of the Early Warnings for All initiative. 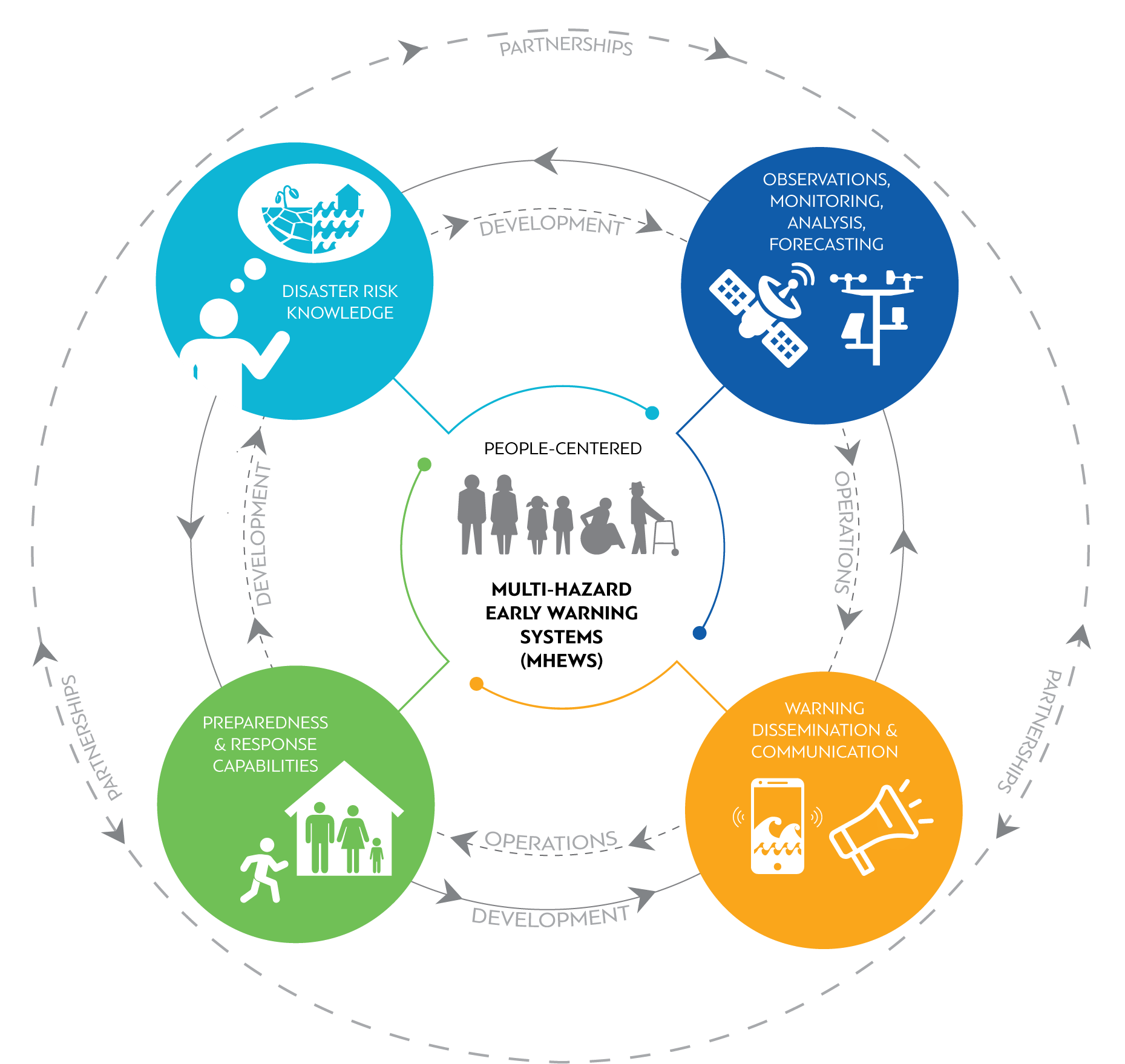 Met  Éireann’s head of Climate Services Keith Lambkin, who is attending the COP27 conference this week, says that “Extreme weather events have always happened and always will. Climate change is amplifying the severity of some of these events. By knowing what to expect, early warning systems and climate adaptation can protect property, local economies and literally save a huge number of lives. Met Éireann, through its weather warnings as well as support to the climate adaptation community, is helping to ensure Ireland is weather and climate prepared in the face of future weather extremes.”