Met Éireann named Storm Ellen on the evening of Tuesday the 18th August 2020. A rapidly deepening and unseasonal Atlantic low-pressure system was forecast to cross the country on Wednesday night and Thursday morning. Status Red/Orange/Yellow wind warnings were issued for the Island of Ireland.
A complex area of low pressure associated with a deep trough in the Atlantic was approaching Ireland on the 18th and merged with the remnants of tropical storm Kyle as it moved northwest across the Atlantic. This interaction spawned a new compact Low centre, named Storm Ellen, south of the main parent low pressure system. Storm Ellen deepened rapidly as it approached Ireland from the south-southwest, moving cyclonically around the parent low, while interacting with the left exit of the Jetstream associated with the trough in the Atlantic. 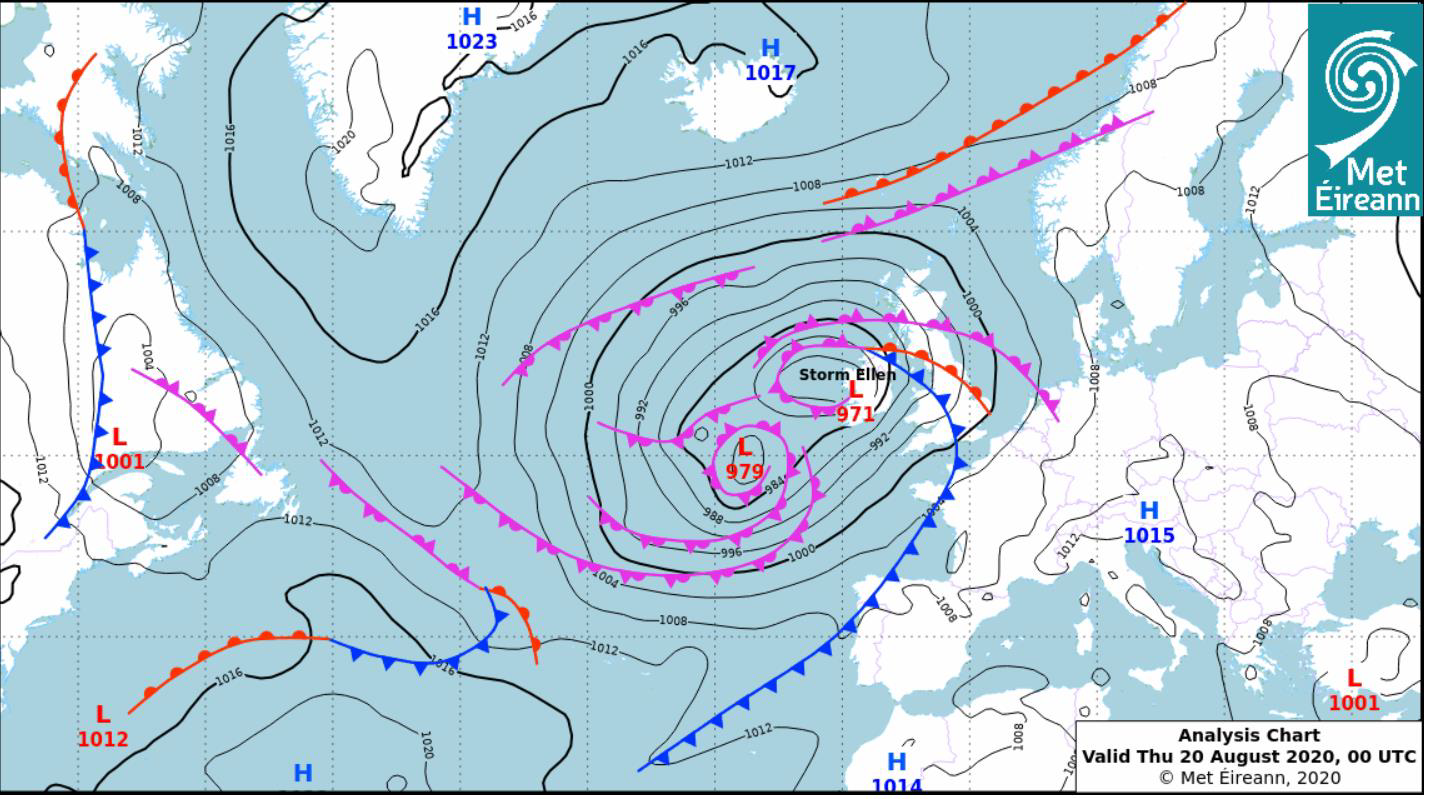 Storm Ellen, with a rapidly deepening low centre of 972 hPa, approached the Cork coast at approximately 9pm, and tracked northwards over the country during the night, followed by a very strong south-westerly airflow, backing south-west to south. Associated fronts moved north-eastwards across the country overnight bringing some localised heavy thundery downpours in places. A combination of storm surge, spring tides and onshore winds caused some coastal flooding particularly along the South coast. 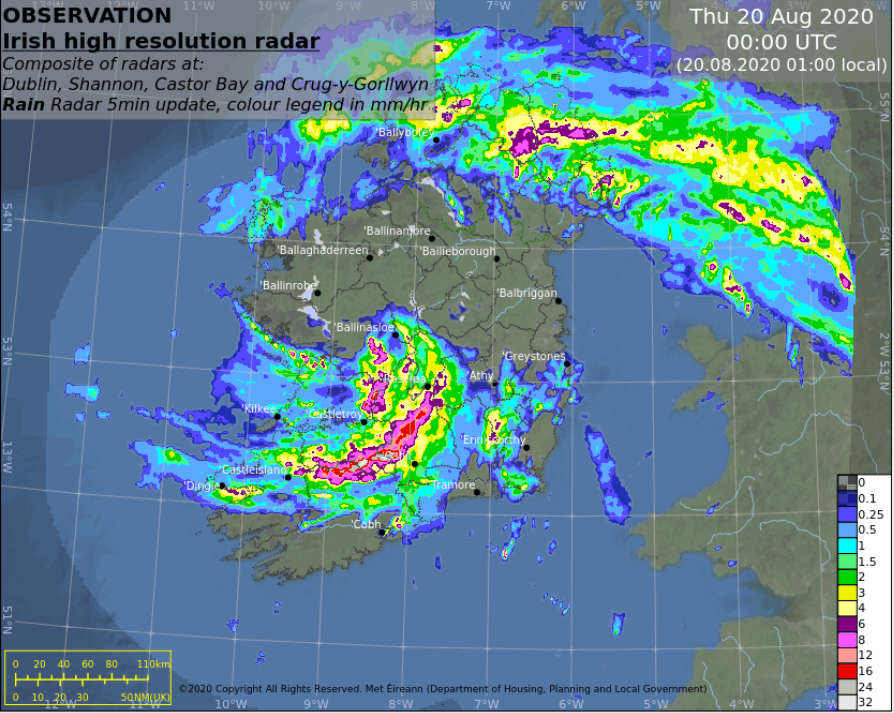 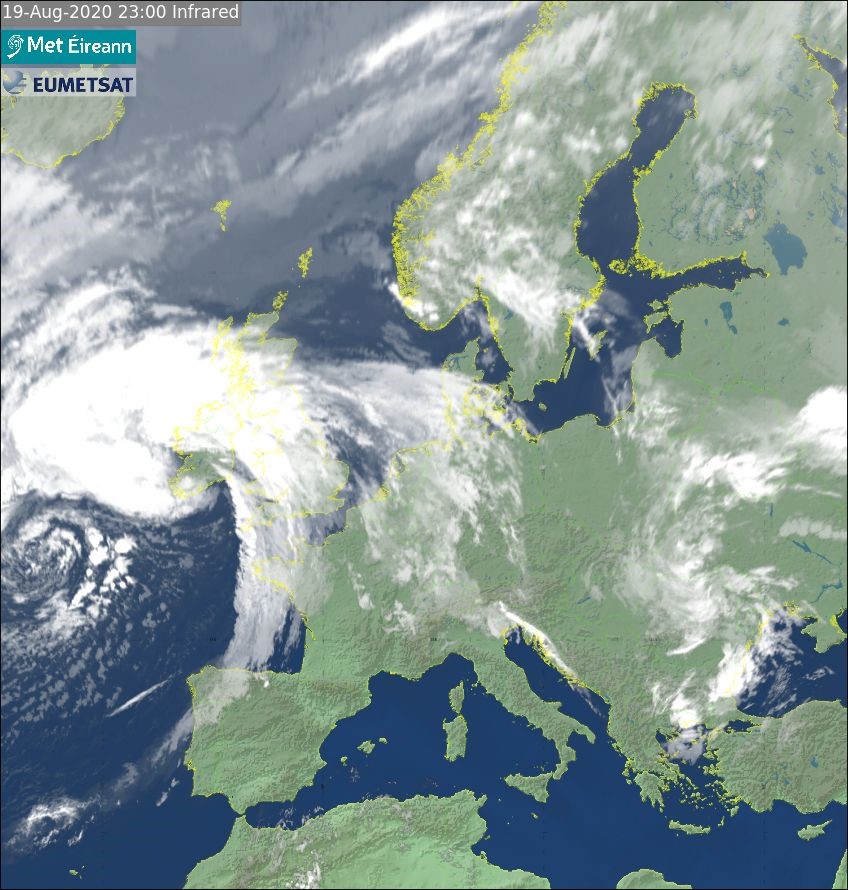