Since 2019, the WMO has issued annual reports on the state of climate services in order to provide scientifically-based information to support climate adaptation in climate-sensitive socioeconomic sectors.

Climate Services provide climate information to help individuals and organizations make climate smart decisions. Climate services are provided by a range of organisations and institutions around the world, from research institutes to universities to charities and private companies.

The latest WMO report focuses on the Energy sector, which contributes around three-quarters of global greenhouse gas emissions. The WMO state that “switching to clean forms of energy generation, such as solar, wind and hydro – and improving energy efficiency – is vital if we are to survive and thrive in the 21st century”. 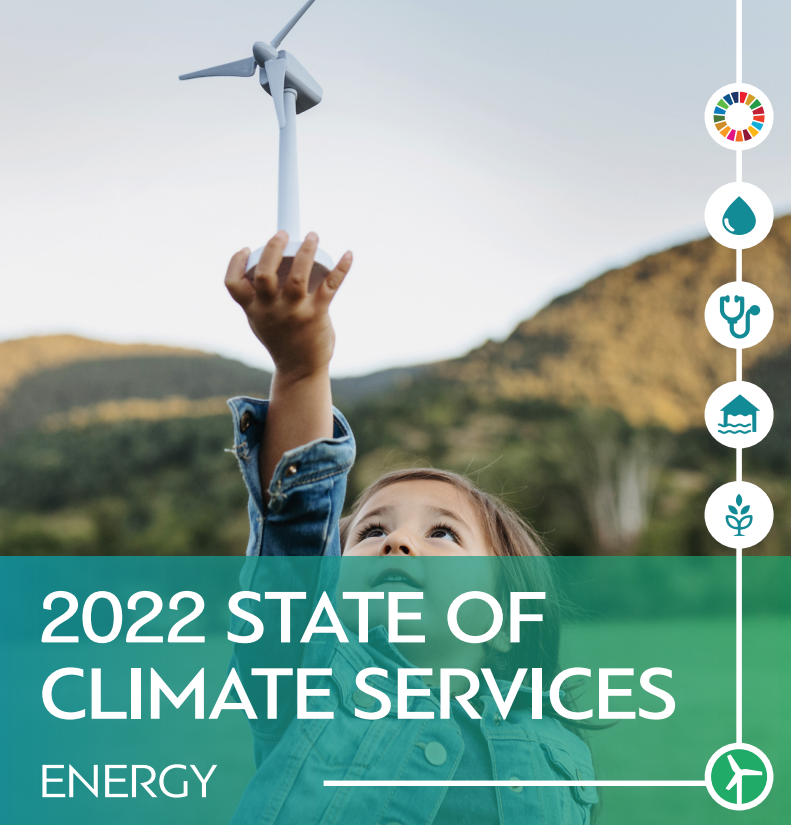 Key Takeaways from the Report:

The report states that the past seven years have been the warmest on record, and that human-induced climate change is causing dangerous and widespread disruption in nature, affecting the lives of billions of people around the world. We know that without immediate and strong reductions in greenhouse gas (GHG) emissions, limiting global warming to 2 °C is impossible. The energy sector accounts for almost three quarters of global GHG emissions, so major transitions are required.

Changes in climate pose significant risks to the energy sector, directly affecting fuel supply, energy production, the physical resilience of current and future energy infrastructure, and energy demand. Heatwaves and droughts associated with anthropogenic climate change are already putting existing energy generation under stress, making the net zero transition even more urgent. Renewable (hydropower) and nuclear power systems rely on water capacity that is threatened by droughts and floods, which will be exacerbated by climate change.

Despite these risks, energy security has been a low priority for adaptation. Just 40% of nationally determined contributions (NDCs) submitted by Parties to the United Nations Framework Convention on Climate Change (UNFCCC) prioritize adaptation in the energy sector. The lack of recognition of the importance of climate services has led to a lack of demand and finance. This needs to change.

Renewable Energy Will Contribute to a Sustainable Future

Current renewable energy pledges made by countries fall far short of what is needed to meet the objectives set by the Paris Agreement  (limiting global warming to well below 2 °C), leaving a 70% gap in the amount of emissions reductions needed by 2030.

So far, countries have pledged to a target of 3.7 TW from renewables in 2030, which represents less than half of what is needed to keep the 2 °C goal alive. The pathway to reach the Paris Agreement long-term global goal on temperature requires 7.1 TW of clean energy capacity to be installed by 2030. The report states that investments in renewable energy need to triple by 2050 , from US$ 2 trillion per year to US$ 5 trillion by 2030. This investment should focus on developing and emerging economies, as the policies and regulations to enable decarbonization in the energy sector are still particularly weak in Africa, South America and Asia.

Weather, Water and Climate Services are Crucial for Energy Security

Climate services are needed to ensure the resilience of energy systems to climate-related shocks, and to inform measures that increase energy efficiency. By informing risk assessments, climate services can allow for sensible planning and early warning of adverse events which will affect energy supply and demand, thus helping populations to anticipate, absorb, accommodate and recover from adverse impacts.

Less than 50% of countries provide tailored climate services products for the energy sector, which shows the untapped potential of National Meteorological and Hydrological Services, and the significant efforts required to address the emerging needs of this sector.

A Huge Opportunity for Africa to Close the Renewable Energy Gap

Africa is already facing severe effects from climate change, including widespread droughts, despite bearing the least responsibility for the problem. Africa accounts for less than 3% of the world’s energy-related CO2 emissions to date and has the lowest emissions per capita of any region. Global ambitions for cutting emissions with declining clean technology costs hold new promise for Africa’s future, with increasing flows of climate finance. Achieving Africa’s energy and climate goals means more than doubling energy investment this decade, with a huge increase in adaptation as well.

African countries host the lowest percentage of modern renewable systems (just 7.6% of final energy consumption), and only 2% of global investments in renewable energy in the last two decades were made in Africa. Yet, the continent has a huge resource potential, particularly for solar energy systems, but also wind and hydropower. The region has huge potential to deploy solar energy systems: Africa is home to 60% of the best solar resources globally, yet only 1% of installed photovoltaic (PV) capacity. 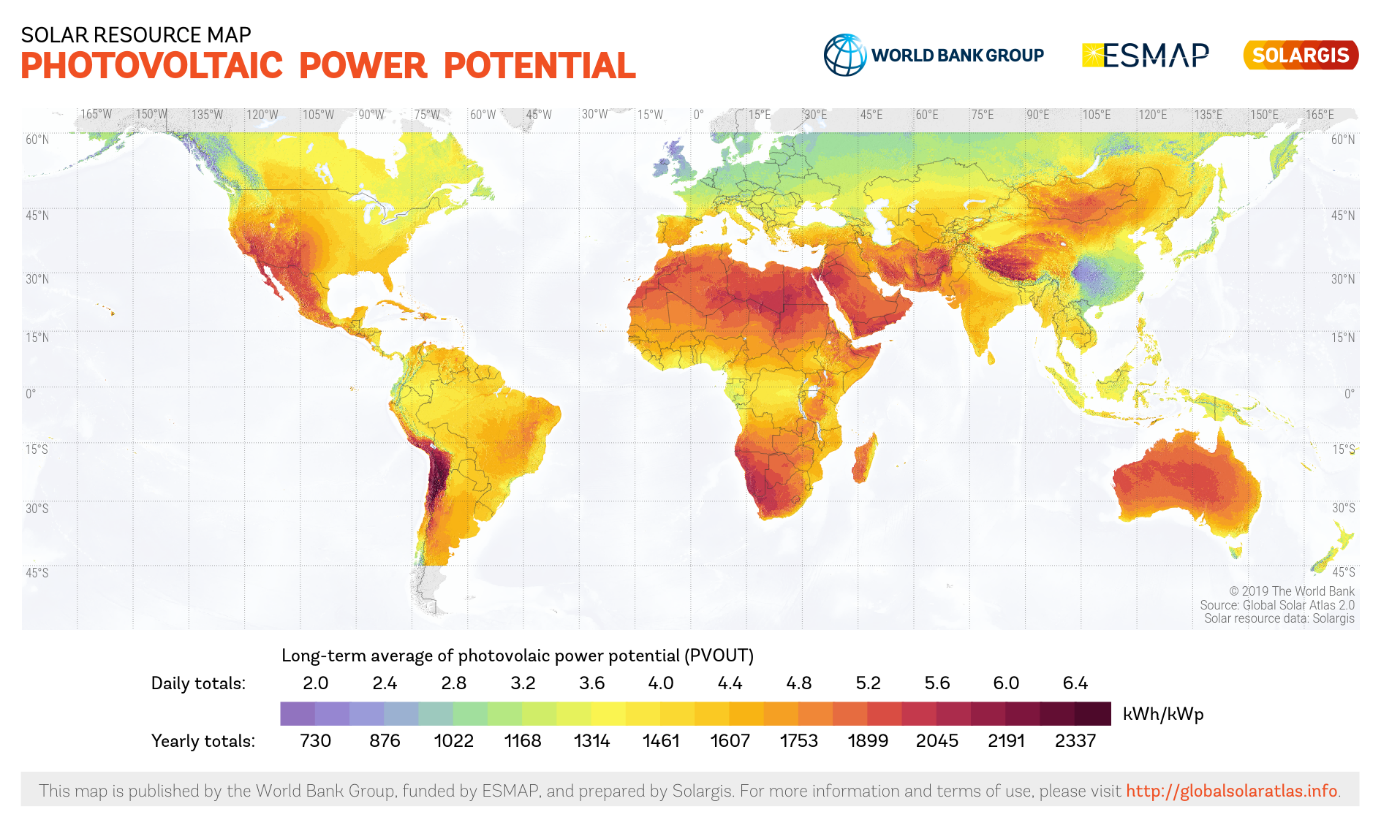 The publication of the WMO’s report follows the establishment of Ireland’s National Framework for Climate Services (NFCS). In order to streamline the provision of climate services in Ireland, the Government of recently approved the creation of the Irish NFCS, which is being coordinated by Met Éireann. A range of experts from across Irish sectors will be involved in shaping the NFCS, ensuring the data and information that’s available will be as accurate and relevant as possible.

Due to climate change, Irish weather is likely to get warmer and drier in summer, and warmer and wetter in winter, with an increase in the intensity of both drought and extreme precipitation events. The severity of climate change depends entirely on the degree to which we reduce greenhouse gas emissions now, however, even if all emissions reduction targets are met, we will still be faced with a climate which has changed from what it used to be.

All sectors of Irish society will have to adapt to the new weather patterns this changing climate will bring, from county councils planning infrastructure projects, to farmers dealing with more drought and heavy rainfall, to builders constructing properties which are resilient to new temperature and rainfall patterns. The NFCS aims to help all these sectors and more to adapt, by providing maps, data and information on the future climate which will allow stakeholders to build resilience into the systems of the future.

The NFCS will provide a one-stop-shop for Irish climate services, available to all relevant stakeholders and the general public. It will ensure adaptation measures can be targeted as accurately as possible using up-to-date science, to avoid wasting resources through maladaptation. Met Éireann, working together with our many partners, are constantly striving to improve our observation, forecasting and modelling infrastructure to provide the best climate services to the citizens of Ireland.