At 20:30 (Irish Time) on Tuesday evening, the first in a new generation of European weather satellites blasted off from Europe’s Spaceport in French Guiana. The Meteosat Third Generation-Imager 1 (MTG-I1) satellite will deliver advanced imagery of our atmosphere and planet and provide vital information to weather forecasters and climate scientists. It is a collaboration between the European Space Agency (ESA) and EUMETSAT (the European organisation for meteorological satellites), with Ireland being a member of both.

MTG-I1 is the first satellite in the third generation of the Meteosat program which has been in operation for over 40 years, observing the weather and climate of Europe, Africa and beyond. Meteosat satellites are geostationary, meaning they continuously look at the same region of the planet and can provide regular updates and imagery on weather conditions. Once it reaches its operational orbit, MTG-I1 will be located 36,000 km above the Earth’s equator at 0° latitude, where it can observe a full side or ‘disk’ of the planet.

MTG-I1 will provide imagery of this full disk of Earth every 10 minutes with resolutions as high as 1km (this means one pixel in the image would represent 1 km2 of the Earth). This will be a substantial improvement on the current Meteosat full disk imagery, which is delivered every 15 minutes with resolutions up to 3km. The increased frequency and resolution from MTG-I1 will aide forecasters in detecting and tracking rapidly developing weather systems and storms.

MTG-I1 also houses a brand-new sensor for detecting lightning, known as the Lightning Imager. This instrument can detect lightning flashes, both between cloud and ground and within the clouds, and will deliver this information to weather centres in near real-time. This will be very helpful to forecasters in issuing warnings about severe thunderstorms and also for monitoring changes in the intensity of a storm, which can often correspond with changes in lightning frequency.

When MTG-I1 reaches its orbit above Earth, an extensive period of testing will be required before the satellite and its data are declared operational. This may take up to 12 months and is to ensure that the satellite is behaving as expected, that its sensors are providing good data and that its performance can be relied upon for the next decade.

When fully operational, the Meteosat Third Generation mission will consist of an additional two satellites. A second imaging satellite, called MTG-I2, will provide high resolution imagery (up to 500 m) over Europe every 2.5 minutes. There will also be a sounding satellite, MTG-S1, which will provide vertical profiles of temperature and humidity through the atmosphere, data which is very important for running accurate weather models. Combined, the three satellites will provide an unprecedented resource of information for monitoring and predicting our weather and studying our climate. MTG-S1 is due for launch in 2024 and MTG-I2 in 2025.

This week’s successful launch of MTG-I1 marks both an end and a beginning. The development of this satellite and the sensors that it carries has been decades in the making, from initial planning to the design and build of its scientific instruments, the construction and extensive testing of the satellite and the meticulous launch preparations. Thousands of people have collaborated to get MTG-I1 to the launch pad and would have been watching nervously as the countdown began on Tuesday. While the launch marks the end of this development phase, it signals the beginning of a new era in Earth observation, where scientists and forecasters will look to realise the potential of these new sources of information and maximise the benefits for our society. 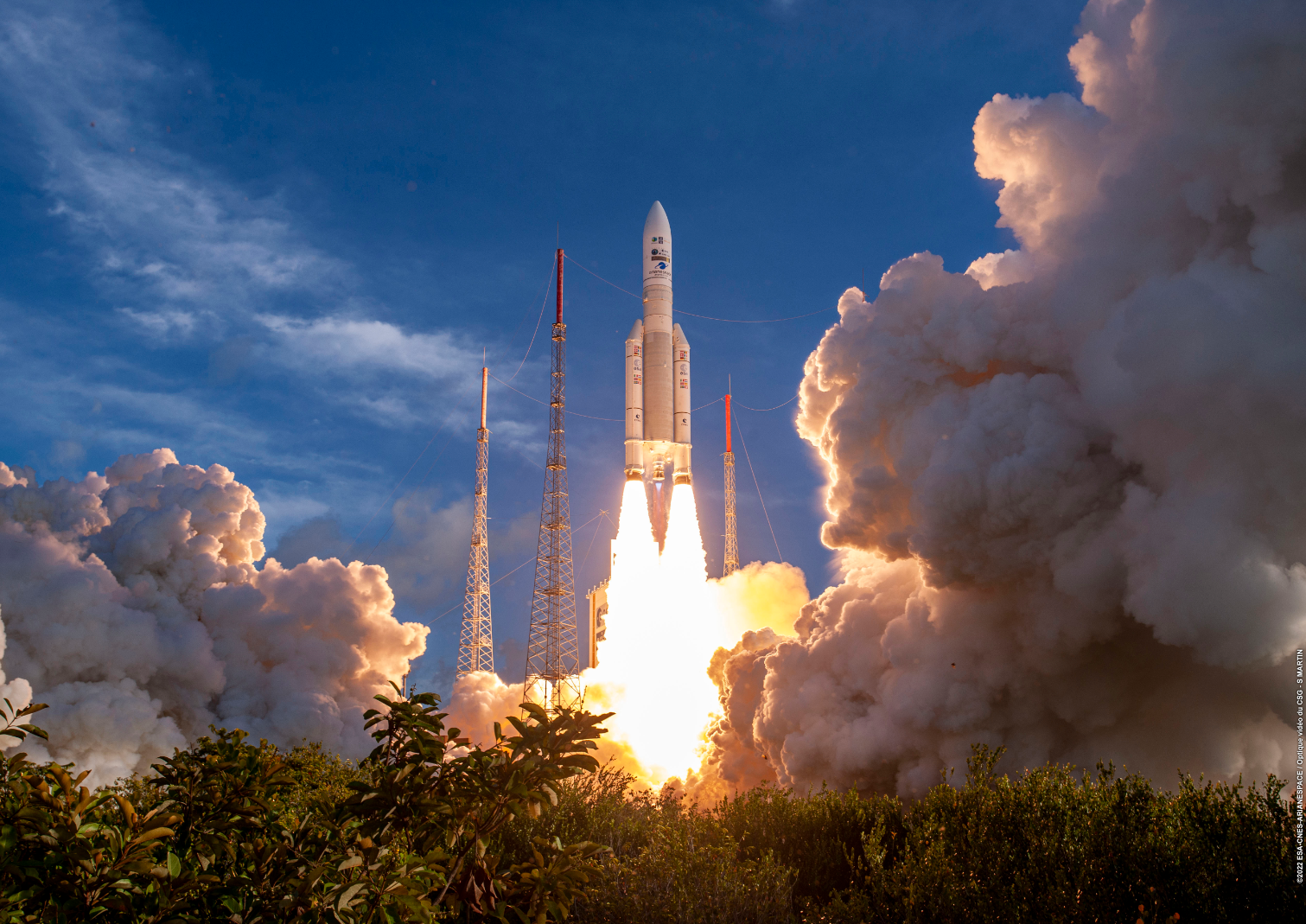 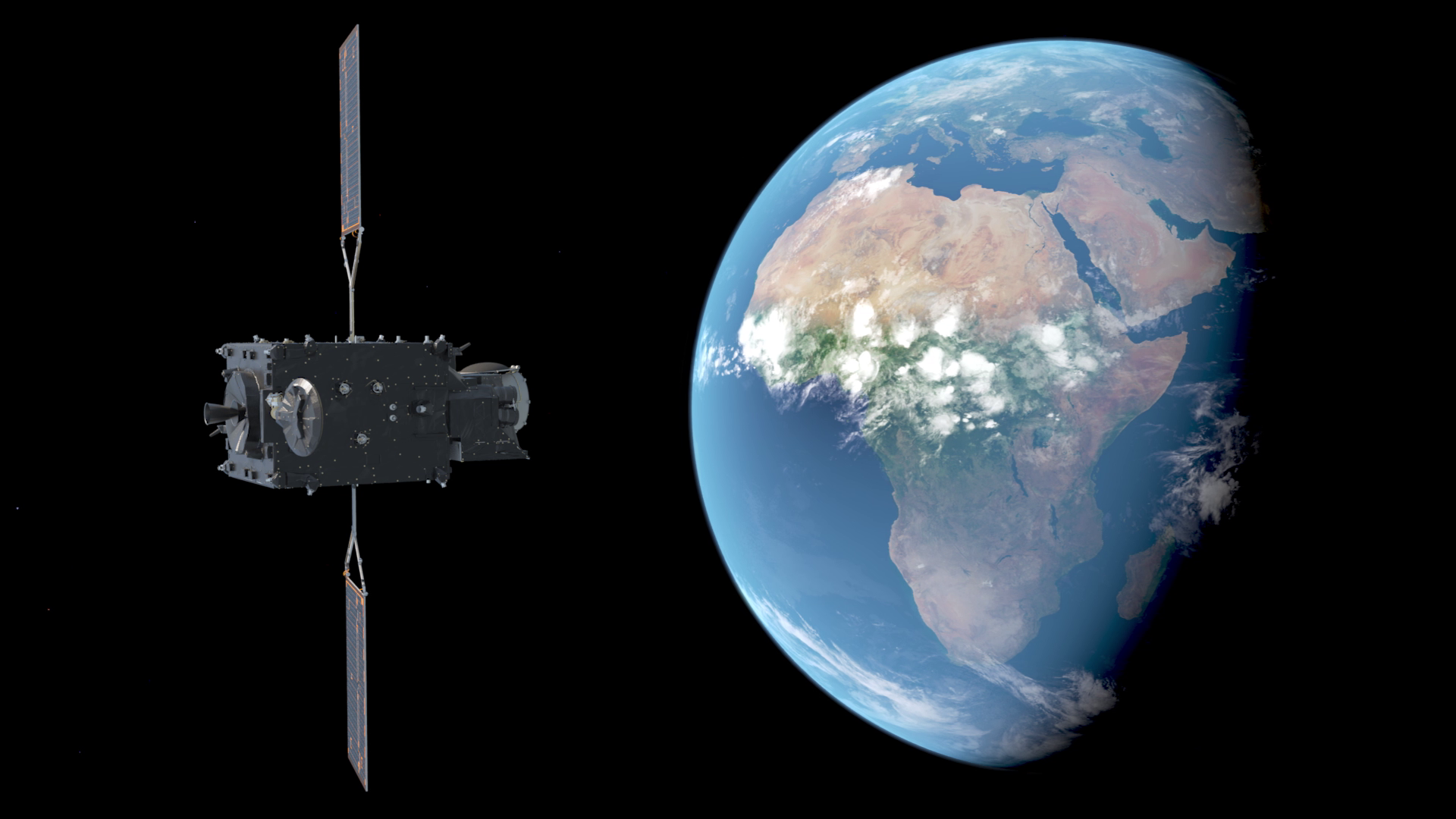 Artist’s impression of the MTG-I1 satellite in orbit above Earth (ESA, 2022) 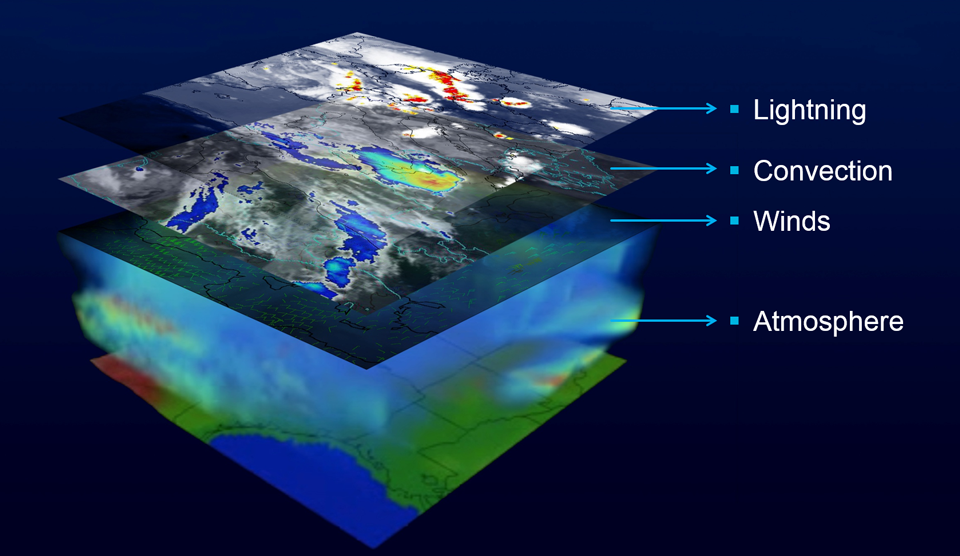 Meteosat Third Generation will provide a wide range of observations for understanding our weather and climate (EUMETSAT, 2022)