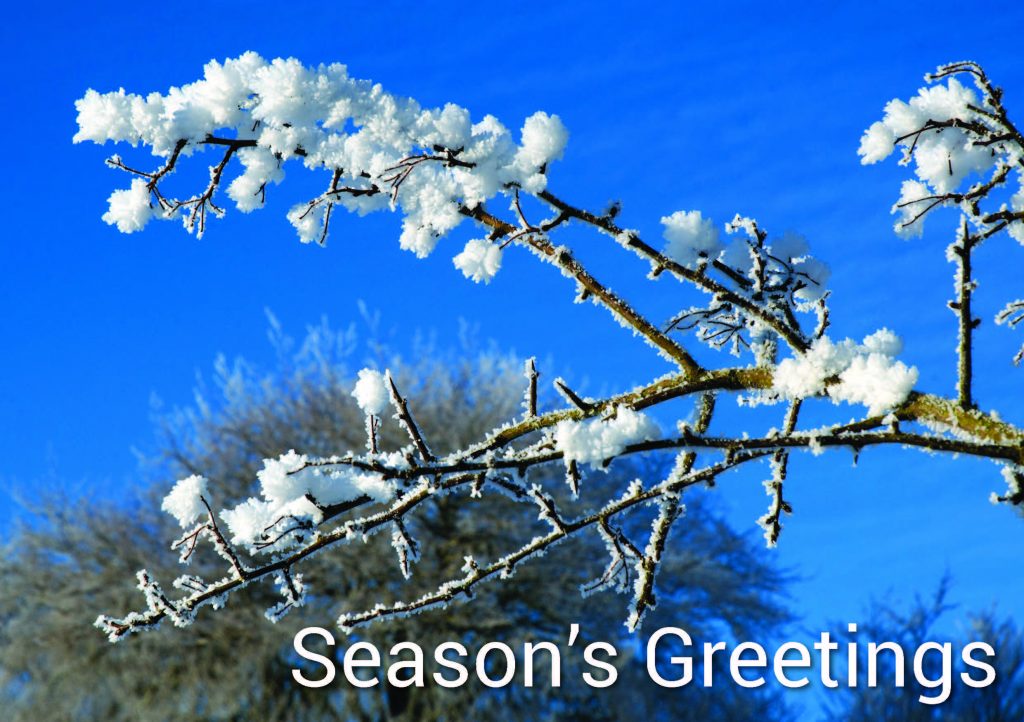 Met Éireann wishes you all a very merry Christmas and a happy new year.

We continue to monitor, analyse and predict Ireland’s weather and climate, and to provide a range of high quality meteorological and related information to our customers.

When water vapour condenses directly to ice at temperatures below freezing(Deposition) frost forms as ice crystals on exposed objects. Over an extended period of cold weather, like that experienced in 2010, water vapour and freezing temperatures continue to combine to building and growing larger crystalline structures called Hoar frost. In the picture specifically, we see an example of Air hoar,  with deposits found on above-ground surfaces such as leaves, branches, electrical wires and like surfaces.

Weather Conditions leading up to this photograph being captured

A highly amplified Jet stream influenced the weather over Ireland by the 16th  of December, plummeting temperatures were seen as a complex low pressure system over northern Norway fed Arctic air over the country. This low would eventually track down to the south of Ireland by the 19th feeding in brisk easterly winds and heavy snow affecting mainly the North then East coastal counties with diminishing  snow  totals further inland. Some sporadic active convective cells even produced thundersnow between the 20th and 22nd.  A record low temperature was recorded at the climatological station of Straide, Co. Mayo, on the morning of the 25th owing to heavy sow on previous days followed by clear crisp nights. A  crisp white covering of snow will reflect most of the incoming radiation back out to the atmosphere because the albedo(ability of a surface to reflect sunlight) was high meaning, temperatures near the surface remained low during the day and plummet at night time.

Nine consecutive days below freezing came to an end with a rapid shift to milder conditions spreading from the south-west on the 26th as a quick thaw set in.

In the early hours of Christmas morning Mullingar synoptic station, which had only partial snow cover, also recorded its coldest temperature of the period with -14.1°C. At the time of the photograph, around midday Christmas day, the temperature at the station had risen to – 4°C.  The photograph was captured with a NikonD90 DSLR and Nikkor AF-P 18-55mm F3.5-5.6 VR lens.

The Monthly Weather Bulletin on the exceptional weather events of  December 2010 is here. Other monthly weather bulletins can be found here. select Archive for pre-2016 bulletins. 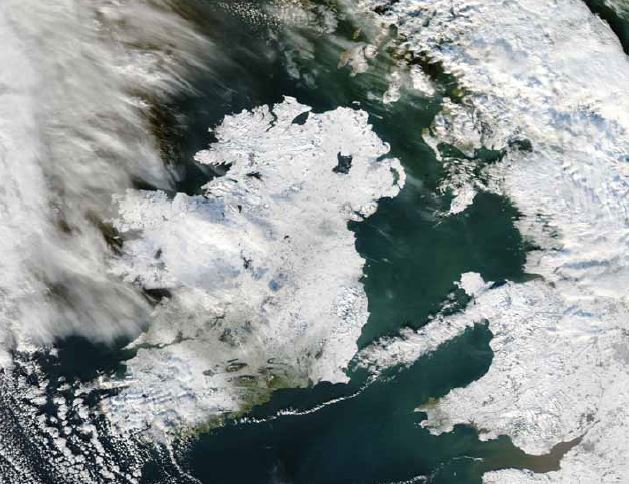 Ireland was almost completely covered by snow and ice on Christmas Day, one of the coldest days ever recorded in the country. This natural-colour image was
acquired by the Moderate Resolution Imaging Spectroradiometer (MODIS) on NASA’s Aqua satellite on the 25th. (image courtesy NASA Earth Observatory)