For well over half a century, Martin provided Met Éireann with valuable climatological data, daily, from his Observation Station in Straide, Co. Mayo. During that time, his dedication on our behalf was highly commendable. 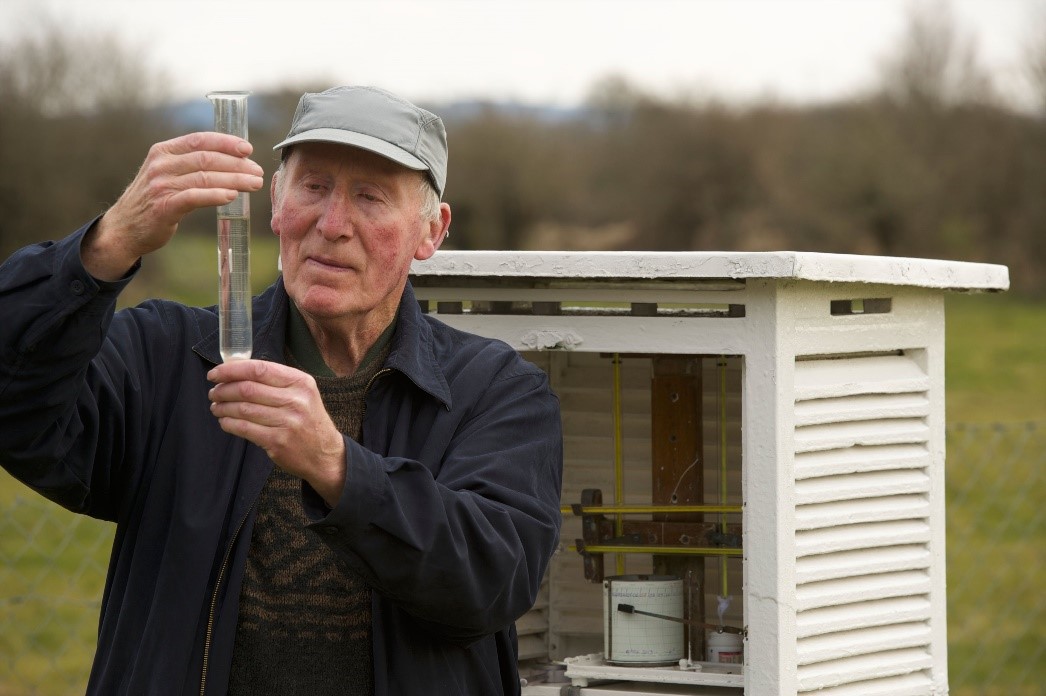 Martin’s knowledge of meteorology was amazing; he could recount the weather events since the 1940s in great detail. His fascination for meteorology began with the Big Snow of 1947 but perhaps his passion began with Hurricane Debbie in 1961 and a short time later on the 1st May 1963 he started recording officially for The Irish Meteorological Service. His contribution to Irish Meteorology was immense. Apart from the data that he sent to Met Éireann, Martin kept his own detailed climatological data in handwritten notebooks. Some years ago, Martin used all this data and his extensive knowledge to publish a book ‘ Climate of Straide, 1963 to 1999 and Weather Extremes in Mayo during the 20th Century’.

Martin’s station was selected as a location for an Automatic Climate Station (ACS) as part of Met Éireann’s modernisation program for our climate observation network. Martin was initially concerned that he would no longer be tasked with taking daily measurements, a responsibility he had discharged conscientiously and with enthusiasm for over five decades. However, when it came to being installed last August, he embraced it as he did with all new technology, especially when he realised the ACS records minute-by-minute readings (instead of once a day) and is sent to Met Éireann automatically. Martin remained as the station caretaker, ensuring the station was maintained in line with best practice as per W.M.O. guidelines. He also continued his daily measurements to ensure the integrity and continuity of the new sensors, a practice he diligently carried out up to his final days. Met Éireann are delighted and humbled that Martin’s legacy will live on in Straide.

Weather observation reports from Straide are all available on the Historical Data page on our website and the Straide ACS data can be viewed on our Weather Observations Website wow.met.ie. 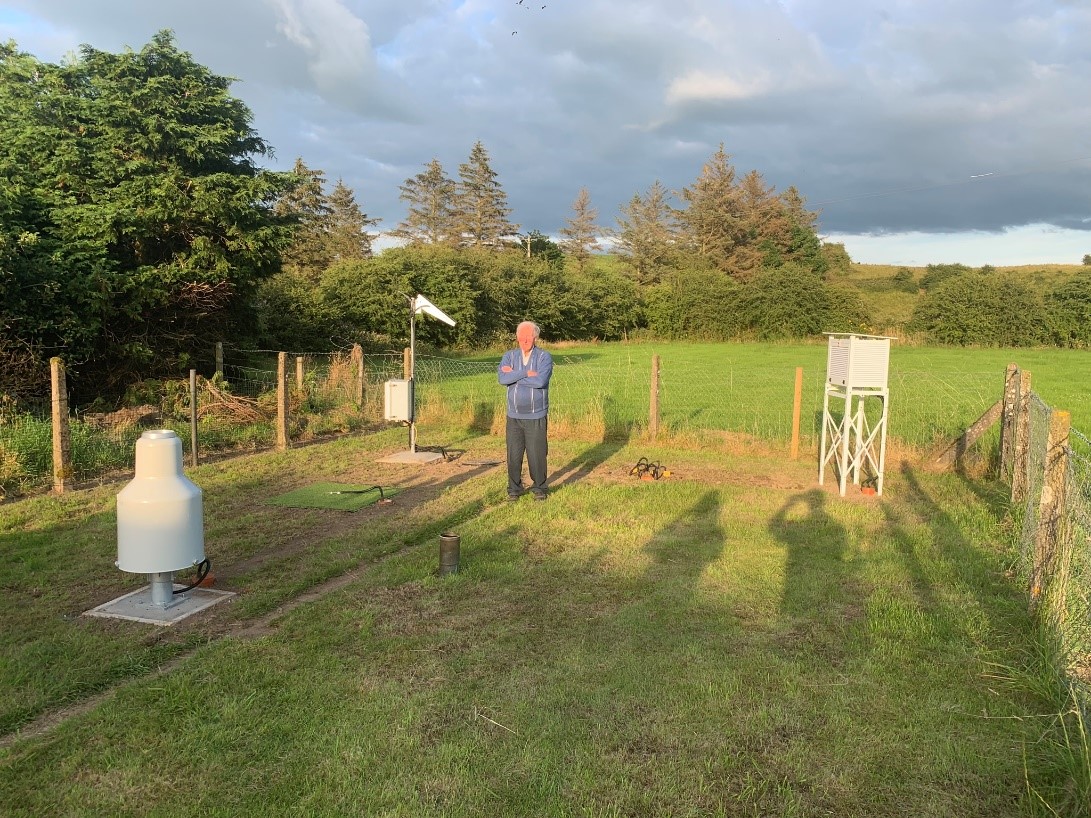 Martin met many friends and fellow observers through his association with Met Éireann and on his many travels at home and abroad.

One of his fellow observers and good friend David Meskill wrote

In the quiet stillness of a starry sky and frosty night

Martin is a sad loss for his family and many friends but also for Met Éireann and the people of Straide and Mayo. May his gentle soul rest in peace.