For the second day running, a new provisional Irish temperature record for August has been set with Met Éireann’s climate station at Durrow, Co Laois reaching 32.1°C on Saturday 13th. If verified, this surpasses the record of 31.7°C (11.8°C above its 1981-2010 Long-Term Average) set the previous day at Oak Park, Co Carlow. Both these maximum temperatures exceed the previous all-time August maximum temperature record for Ireland, which was 31.5°C, set at both Ballybrittas, Co Laois in 1975 and Oak Park in 1995. 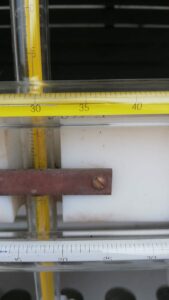 This new record will go through a verification procedure before it is officially recognised as Ireland’s highest daily maximum air temperature ever recorded for the month of August.

During the August 2022 hot spell, seven of our synoptic stations registered heatwaves, that is five or more consecutive days with maximum temperatures greater than 25°C. 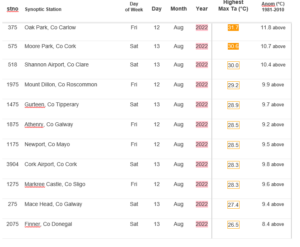 Keith Lambkin, Head of Met Éireann’s Climate Services Division commented: “While 2022 has brought Ireland extreme heat events, looking over a longer period reveals a trend in Ireland’s temperatures. Twenty of the twenty one years this century have all seen temperatures above what was considered normal in the 1970’s, and climate models project this trend to continue.” 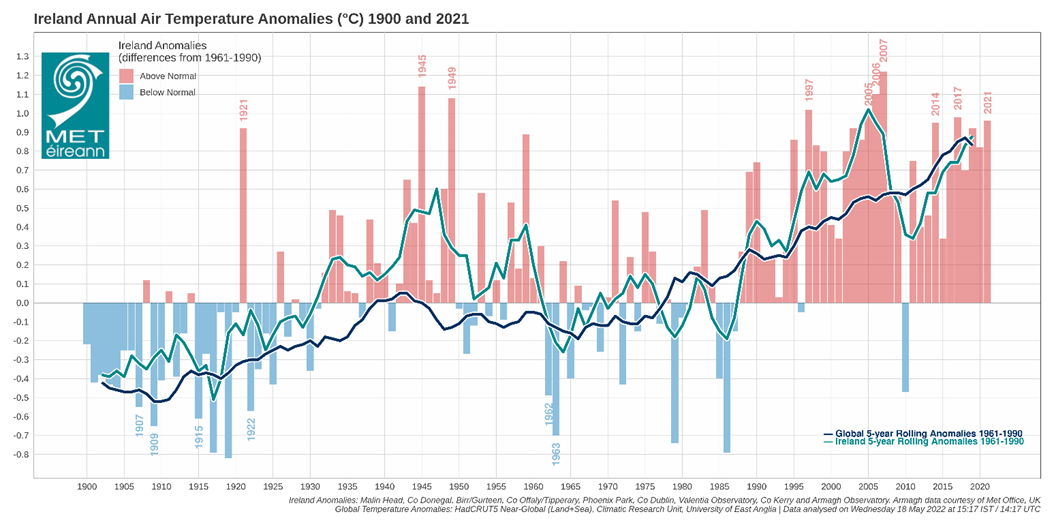