The Northern Lights (or ‘Aurora borealis’ in the northern hemisphere) are the results of collisions between gas particles in our atmosphere and charged particles ejected from the Sun’s atmosphere.

The colour of the Northern Lights will change due to the type of gas particles that are colliding. Oxygen molecules at approximately 100 km above the earth produce a greenish-yellow colour while, while a red aurora can be seen when high level oxygen molecules are involved. Blue or purple auroras indicate the presence of nitrogen molecules. 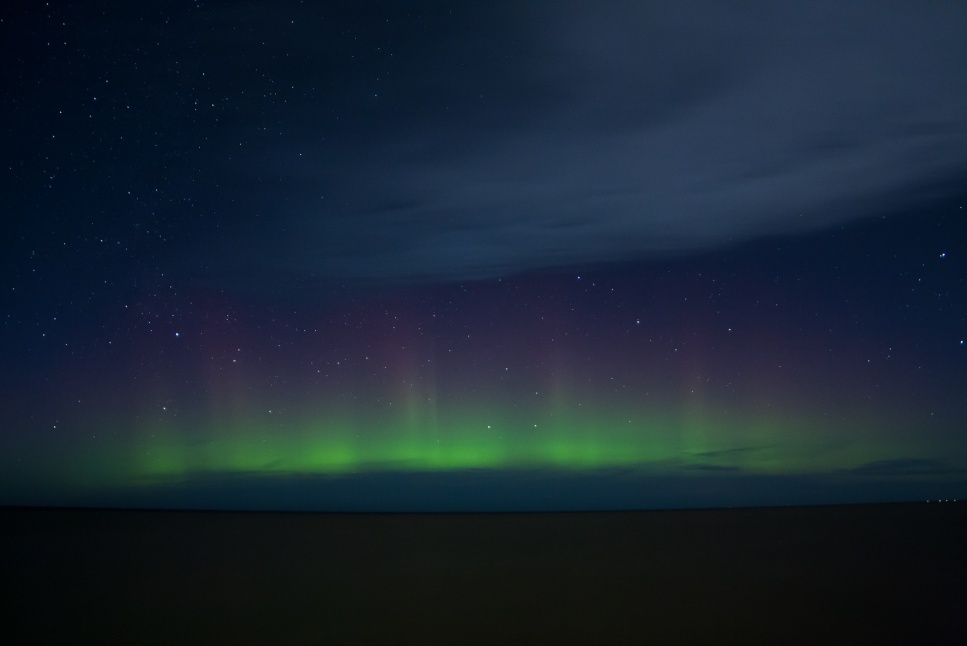 How do the particles from the Sun get to Earth?

As we all know the Sun is very hot; the surface temperature is over 5000°C but interestingly the sun’s outer atmosphere, or corona, is millions of degrees hotter than its surface. The hotter it is the more energy is available; this leads to collisions between gas molecules. At such high temperatures this collisions can be explosive. As the Sun rotates, particles are ejected through holes in its magnetic field. These charged particles make up the solar wind and this wind carries the free particles towards the Earth’s atmosphere.

Generally speaking these charged particles are deflected by the Earth’s magnetic field, but at the poles the magnetic field is weaker, and because of this some of these particles enter the Earth’s atmosphere and collide with gas particles. The collisions produce light and this is what we call the Northern Lights.

Where is the best place to see the Northern Lights in Ireland?

The Northern Lights are best observed in locations with very small amounts of light pollution. Parts of the west and north coast would offer the greatest chance of seeing the display.
There are a number of forecast services for the Northern Lights; one such service comes from the National Oceanic and Atmospheric Administration (NOAA). This provides a thirty minute forecast for the Aurora.