Cold Spell for the rest of this week

An Artic airmass will bring sharp to severe frosts with ice on footpaths and roads. Showers of hail, sleet, snow and freezing rain are likely with fog and possibly freezing fog towards the weekend.

Meteorologist Andrew Doran Sherlock explains “the most severe impacts will be on driving conditions which could be treacherous in places on Thursday morning, particularly during commute times” 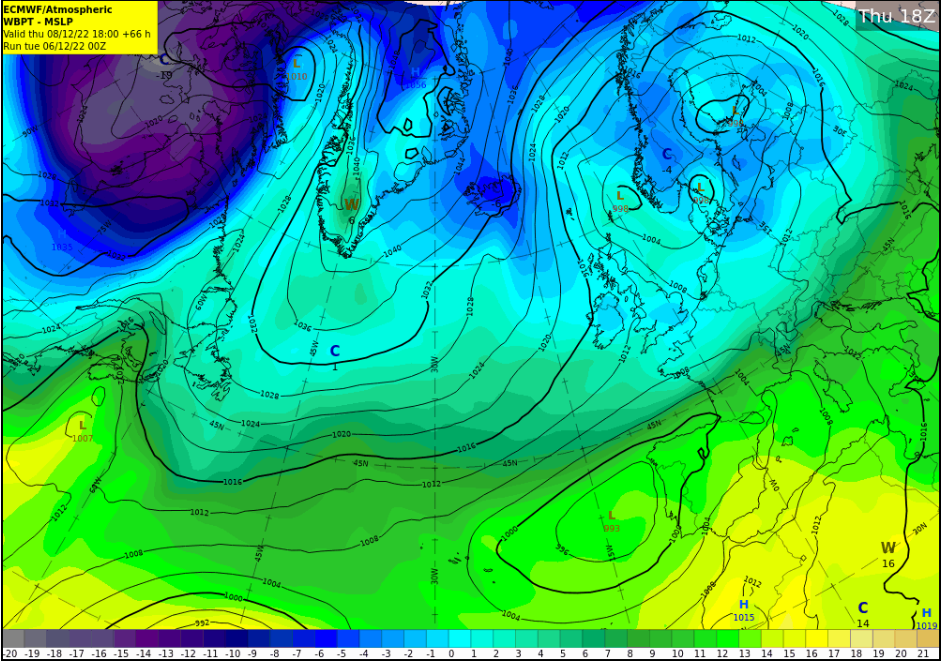 Very cold conditions will set in as an Arctic airmass moves southwards, extending over Ireland. Daytime temperatures will struggle to reach the low single figures. Air temperatures will widely drop to -4°C or -5°C at night, dropping down lower locally, with ground temperatures expected to fall further. A status yellow low temperature/ice warning has been issued for Thursday with further warnings likely to be required for the following days.

Wintry showers with falls of hail, sleet and snow are expected which will lead to dangerous conditions on paths and roads. Freezing rain is also possible, resulting in black ice.

Mist and fog will also be a feature of the nights and with very slack winds over the weekend, widespread and dense fog is expected, lingering in some parts through much of the day. Freezing fog is also a possibility. 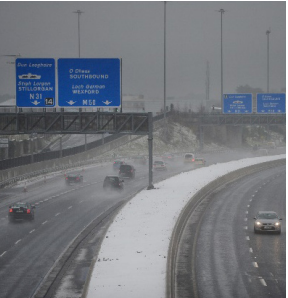 Water droplets don’t necessarily freeze immediately when the air temperature falls below 0°C as they need freezing nuclei to convert to ice particles. Rain droplets that exist below 0°C are said to be supercooled. Freezing rain is where these supercooled water droplets fall to the surface causing significant disruption and hazardous conditions. While unusual in Ireland, freezing rain does sometimes occur, converting to black ice when it hits a surface. Black ice is especially dangerous as it is invisible and can be mistaken for wet surfaces – leading to treacherous conditions on roads and paths. Freezing rain can also lead to ice build-up on car windscreens impairing visibility.

Fog is essentially thick, low lying cloud composed of tiny water droplets (1 million fog droplets is equivalent to 1 rain droplet) suspended near the Earth’s surface where visibility is reduced below 1km. The reduced visibility is a major hazard for those travelling on or near roads. Freezing fog is where the water droplets are supercooled, and while suspended in the air, can be converted to ice upon contact with a surface such as a car windscreen. This leads to further hazardous driving conditions.

Irelands’ coldest day in December occurred on Christmas day the 25th December 2010. The air temperature at Straide, County Mayo dropped to -17.5°C and 11cm of snow was observed at this station that morning.

According to Met Eireann’s latest statistics, Ireland would have to have a December monthly mean temperature of 4.05°C or below to not have the warmest year on record.