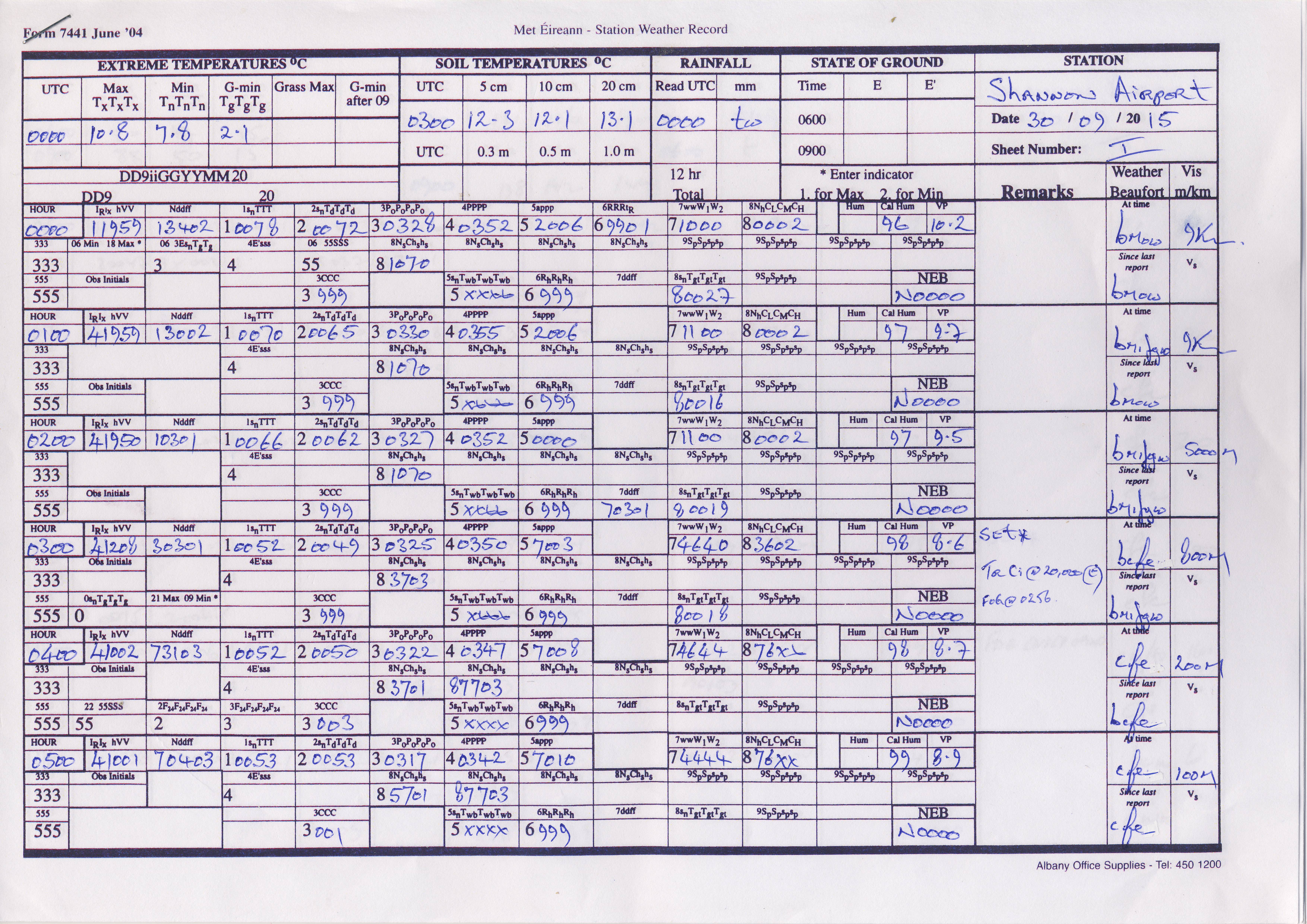 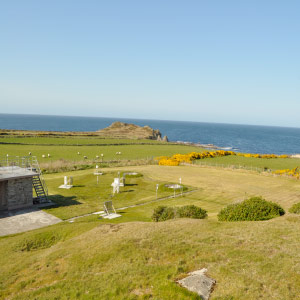 Data from manned and automatic weather stations are supplemented by daily observations made at climatological stations. There are currently over 60 climate stations scattered across Ireland. These stations are run by a combination of voluntary observers and state agencies who record one daily reading at 0900 UTC. This weather information is logged on a climate form, which is sent to Met Éireann HQ by post at the end of each month. These data are then inputted into the Met Éireann database and quality controlled by Met Éireann staff for use in climate analysis and meteorological research. 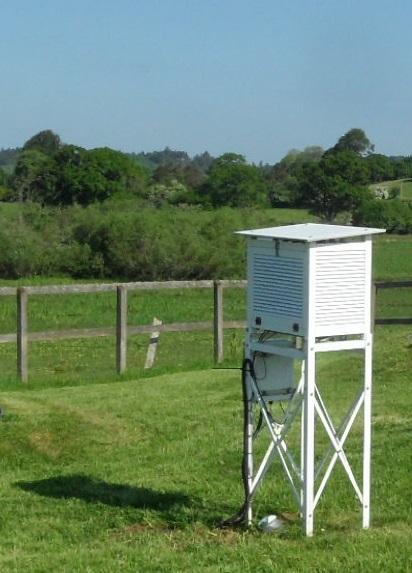 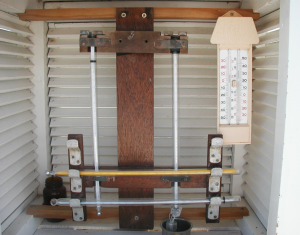 Contents of a Stevenson Screen at a climatological station

All climate stations report air temperature and rainfall and some also report: 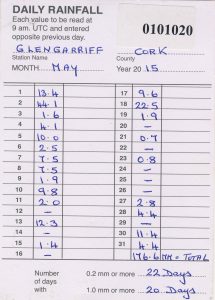