2022 has seen a year of record-breaking extreme weather across the world, with Europe recording its hottest ever summer.

The lowest daily air temperature at our synoptic stations was -8.8°C at Mount Dillon, Co. Roscommon (10.9°C below its LTA) on Friday 16th December 2022.

Along with the Phoenix Park on Monday 18th July, eight other stations reported their highest daily maximum temperature for any month on record. These were: 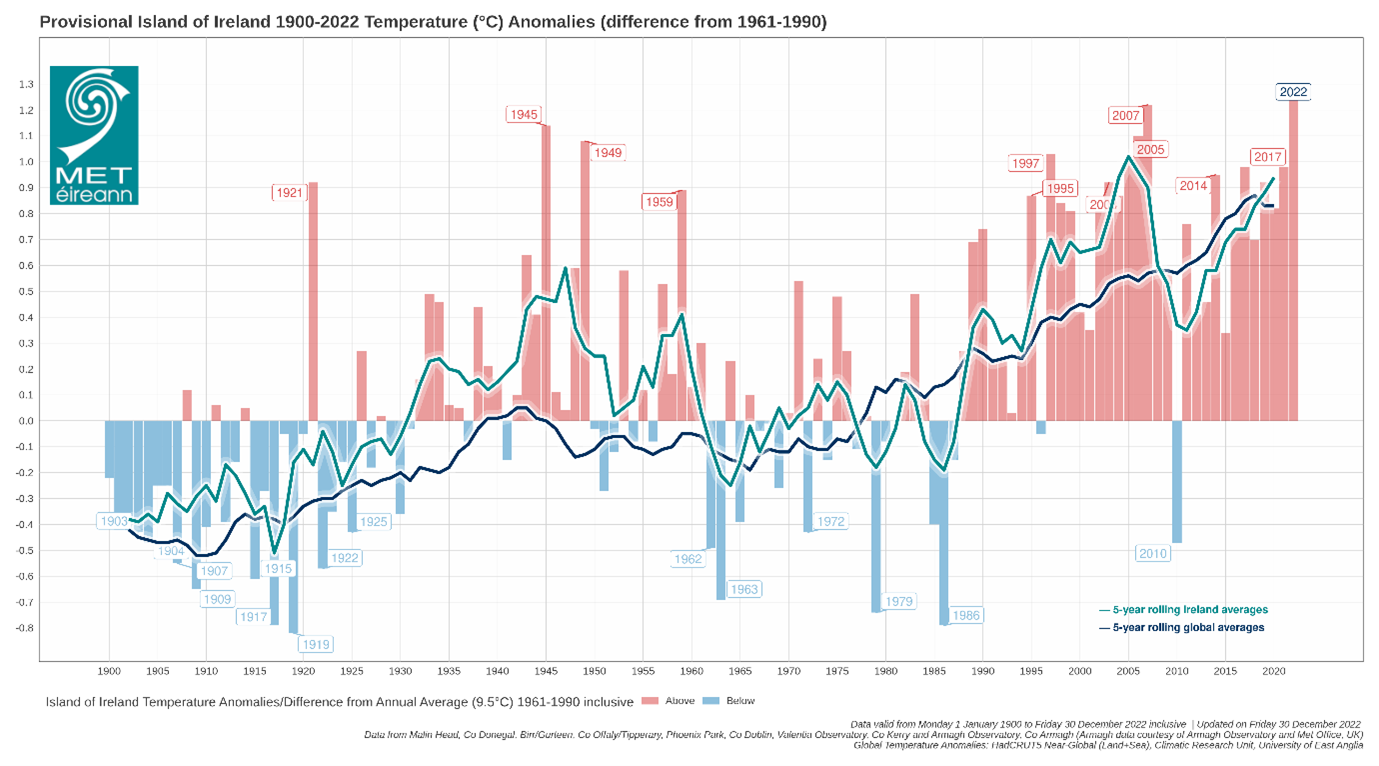 Figure 1: Temperature anomaly for Ireland. NOTE: as 2022 is still not over, the 2022 bar on this graph may change slightly as more temperature observations are recorded. Contact enquiries@met.ie for the latest graphic.

January, July, August and December were unusually dry months, while February and October were unusually wet months. Valentia Observatory, Co. Kerry had its wettest autumn on record (record length 81 years) with 786.5 mm of rainfall, 167% of its normal.

The wettest day of 2022 was the 3rd September, with over 90% of 467 stations across the country recording more than 4.6 mm of rainfall. 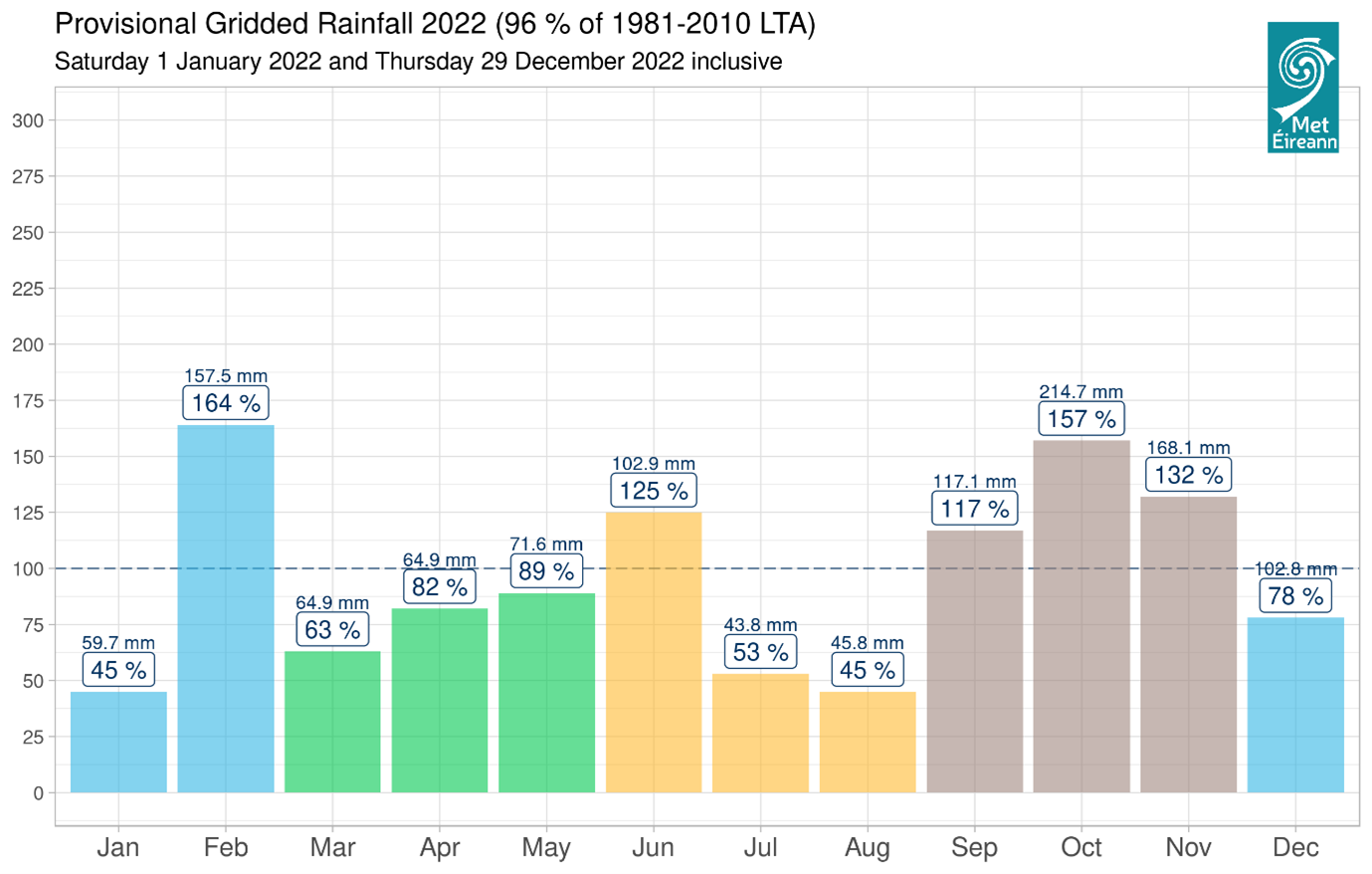 Figure 2: Provisional gridded averages for rainfall in 2022, up to and including Thursday 29 December 2022. Contact enquiries@met.ie for updated graphic if required after year end.

The strongest wind gust occurred on the 20th February 2022 at Mace Head in Galway during Storm Franklin with a gust of 139 km/h (75 knots). The calmest day was Monday 2nd May with all stations recording a mean daily wind speed of < 11.1 km/h (6.0 knots). For more information on previous storms, please see www.met.ie/climate/storm-centre.

The sunniest day was Tuesday 9th August, where all stations recorded over 11 hours of bright sunshine. There is a tie for the dullest day with both Monday 10th January and Tuesday 4th October recording just 0.1 hours of sunshine across all sunshine monitoring stations.

More information on these records and associated satellite images can be found on the Met Éireann website: www.met.ie

As shown in Figure 1, Ireland’s warming trend continues with 2022, and we are warming in line with the global average. Other countries are warming at a greater rate than Ireland and the summer of 2022 saw multiple heatwaves and record-breaking temperatures across Europe and around the world. Figure 2 shows that for Ireland, the spring and summer of 2022 were drier than average, which had negative consequences for agriculture and wider society.

The latest Irish climate change projections indicate further warming in the future, drier summers on average and an increased chance of heatwaves and periods of drought. The Irish summer of 2022 is broadly consistent with projected future trends. While climate change projections also indicate a trend toward warmer winters, cold periods like those experienced this December cannot be ruled out in any particular year.

Keith Lambkin, the Head of Met Éireann’s Climate Services Division said: “Climate change has changed the odds of getting more frequent, more extreme heat related events. Thanks to over a century of dedicated weather observations here in Ireland, we know that 2022 brought us record-breaking extremes as well as what is likely to be the warmest year on Irish record. It is essential that we must continue to adapt to ensure our national infrastructures and planning are best suited to both current and future warming.”

The 2022 provisional climate statement will be published on the Met Éireann website on the 5th January 2023, when the year’s final data has been collected and analysed.

Past weather and climate statements for Ireland are available at: www.met.ie/climate/past-weather-statements.