A rare day indeed for some. Mean sea level air pressure (MSLP) reached 1049.2 hPa at Johnston Castle, Co Wexford, at 10:47 am on Monday 20 January 2020. The last time MSLP may have been higher in Ireland was nearly 56 years ago.

Buoy M2 (off the east coast of counties Dublin and Meath) measured a mean sea level air pressure of 1047.5 hPa at 11 am that morning also. This is now the highest air pressure ever recorded by the Irish Weather Buoy Network[1]. The previous highest of 1046.4 hPa was recorded on 12-Dec-2005 11 am by the M4 Donegal Buoy.

The highest MSLP in Ireland tends to occur during the winter months due to the air being colder and denser in winter. Figure 1 below highlights the extremes in MSLP for any station during each month for the past 10 years.

Figure 1. Highest Mean Sea Level Pressure over the past 10 years by month

This recent mean sea level pressures were due to a large area of high pressure dominating the weather. The centre was located near Cornwall, England. A polar front was situated a good bit north of us with a warmer conveyor belt ahead of it bringing cloudy misty weather to the north west of Ireland. 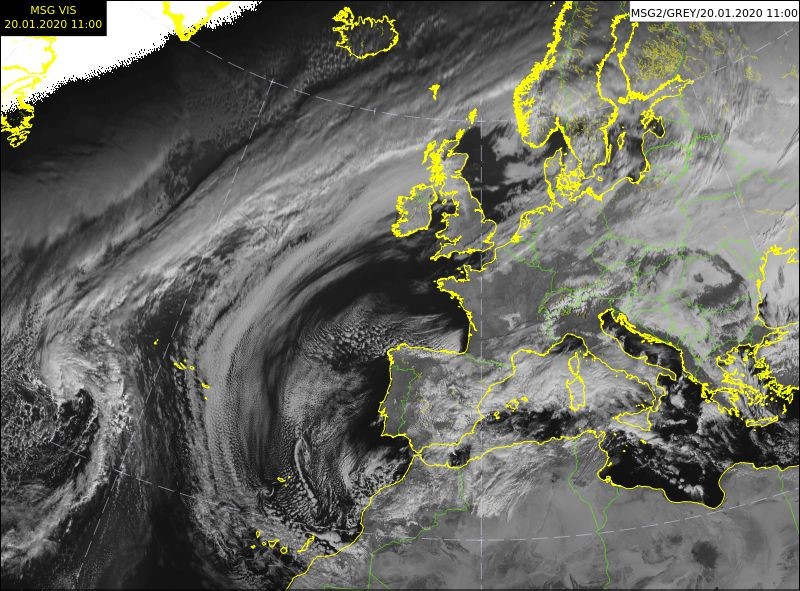 Figure 2. EUMETSAT MSG Visibility Satellite of the North Atlantic at 11 am Monday 20 January 2020 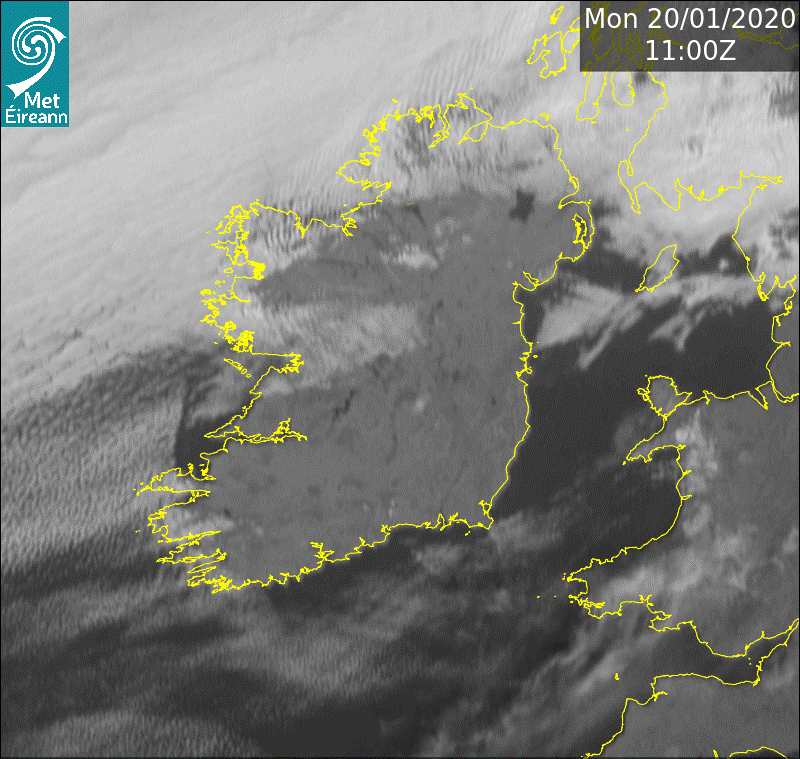 Figure 2. EUMETSAT MSG Visibility Satellite of the Irish Area at 11 am Monday 20 January 2020

With the passing of Storm Brendan, MSLP fell to 966.2 hPa at Belmullet, Co Mayo on Monday 13 January 2020 in the hour ending 15 UTC . But pressure rose quickly thereafter, see Figure 3 below. The formation of the intense high-pressure system over North-western Europe was a downstream response to the very strong winter storm over the northwest Atlantic that moved towards Greenland and gave large amounts of snow and blizzards to Newfoundland. At the same time, Storm Gloria, associated with a cut off low-pressure system to the south of the high-pressure system affecting Ireland, caused major disruption over Spain.

Figure 3. Highest daily MSLP (from hourly values)  from 1 to 21 January 2020 at all pressure measuring stations

On a freezing Friday, 7 February 1964 a value of MSLP was 1049.1 hPa was recorded at hours ending 9 and 11 am. Minute data was not available in 1964, so we can’t be sure but it is very possible that during that morning a higher value was recorded. See Figure 4 below for how the pressures rose and fell during that month.

Figure 4. Highest daily MSLP (from hourly values)  from 1 to 29 February 1964 at all pressure measuring stations

The highest daily difference in mean sea level pressure occurred on 16 October 2017 at Valentia Observatory in County Kerry with around 50.4 hPa, rising from 962.2 hPa at 11 am to 1012.6 hPa by midnight following Storm Ophelia. The pressure continued to rise the day after that, but not as steeply, to a maximum of 1018 hPa by midnight.

[1] A joint project between the Marine Institute, Met Eireann, the Met Office in the United Kingdom and the Irish Department of Transport.