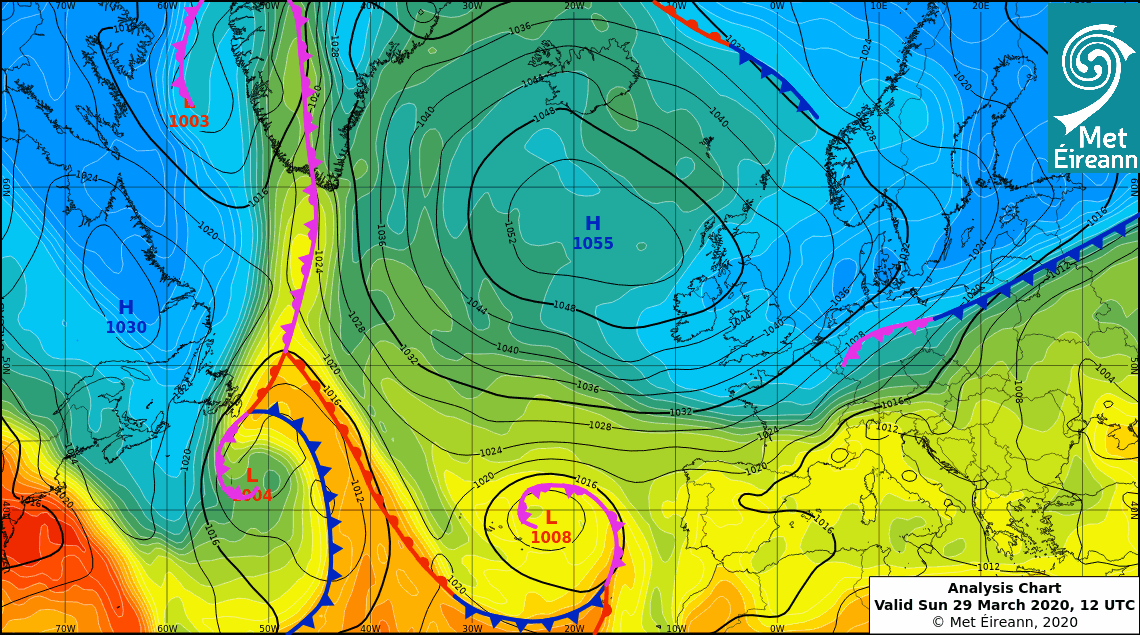 On Wednesday the 25th March, as one high pressure system pulled away to the east, and a stalled weather front lying across the northwest of Ireland weakened, another high pressure system further developed in the mid-Atlantic and drifted towards Iceland. This pushed the Jetstream further north away from Ireland. This Atlantic high pressure system continued to intensify over the following days as it meandered around south of Iceland, reaching a high of 1055hPa on Sunday the 29th March while centred between Iceland and the Northwest of Ireland. Although the centre of the high pressure was not directly over Ireland, it was close enough for record high pressure to be recorded at the M4 buoy and in the northwest of the country on Sunday the 29th. This setup has led to mostly dry conditions across the country since Thursday the 26th, with a progressively cooler Arctic air mass steered in over the country from the northeast.

On Sunday 29 March at around 11 UTC (12 noon local), a mean sea level atmospheric air pressure (MSLP) of 1051.2 hPa was observed at Malin Head in County Donegal. The station air pressure recorded was 1048.6 hPa with a dry bulb temperature of 5.0°C at the time. This new observation is under investigation as a new March National Record and is considered provisional until quality control is completed and further statistical analysis completed. The current highest March mean sea level air pressure (MSLP) at a land station is currently 1047.1 hPa which occurred on Tuesday 13 March 1900 at Valentia Observatory in County Kerry.

For more national weather and climate records for Ireland, go to: www.met.ie/climate/weather-extreme-records

The current national MSLP for Ireland

The M4 62093 Donegal buoy recorded an atmospheric pressure of 1051.9 hPa at (12 UTC) 1 pm local on Sunday 29th March. This is the highest atmospheric pressure recorded by a buoy and also equals the synoptic land station record for Ireland which was logged at Valentia, Co Kerry on 28th January 1905. Buoy data is provisional until all quality control has been completed and buoy M4 has gaps in its data from time to time due to servicing, power issues and instrument failures.

The Irish Buoy Network was established in 2000 and we now have five buoys operating around the coast of Ireland. The project today is the result of a successful collaboration between Met Éireann, the Marine Institute, the UK Met Office and the Department of Transport, Tourism and Sport.

The M4 Donegal buoy was launched on Tuesday 15 April 2003 at 54.7N 9.1W. The buoy was moved to 55.0N 10.0W on Thursday 3 May 2007 to expose it to the full force of the eastern Atlantic which was not previously recorded from its slightly sheltered position. Currently a Fugro buoy is being used at M4 station with dual sensors for wind and barometric pressure. The 24-hour buoy report is available here. 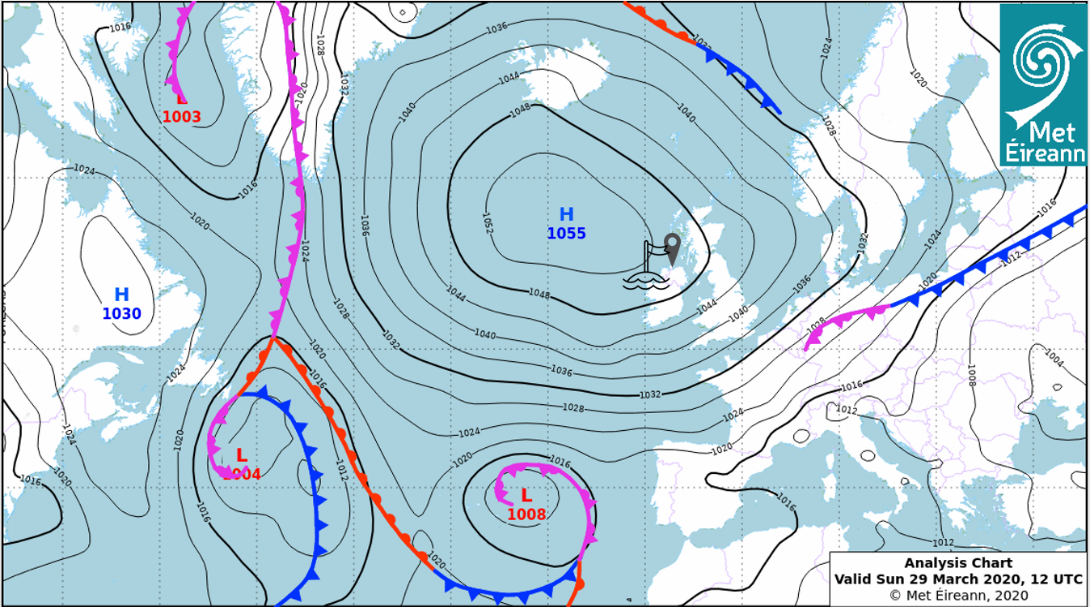 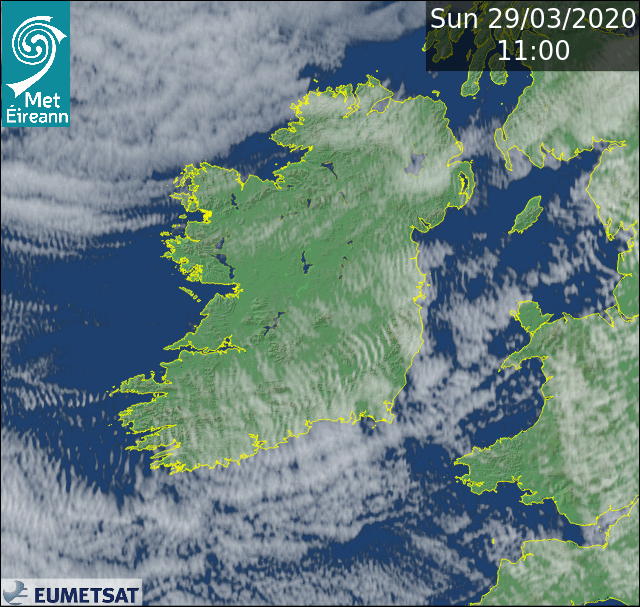