The lawns got us thinking.

Bringing back meadows to a historic meteorological observatory. 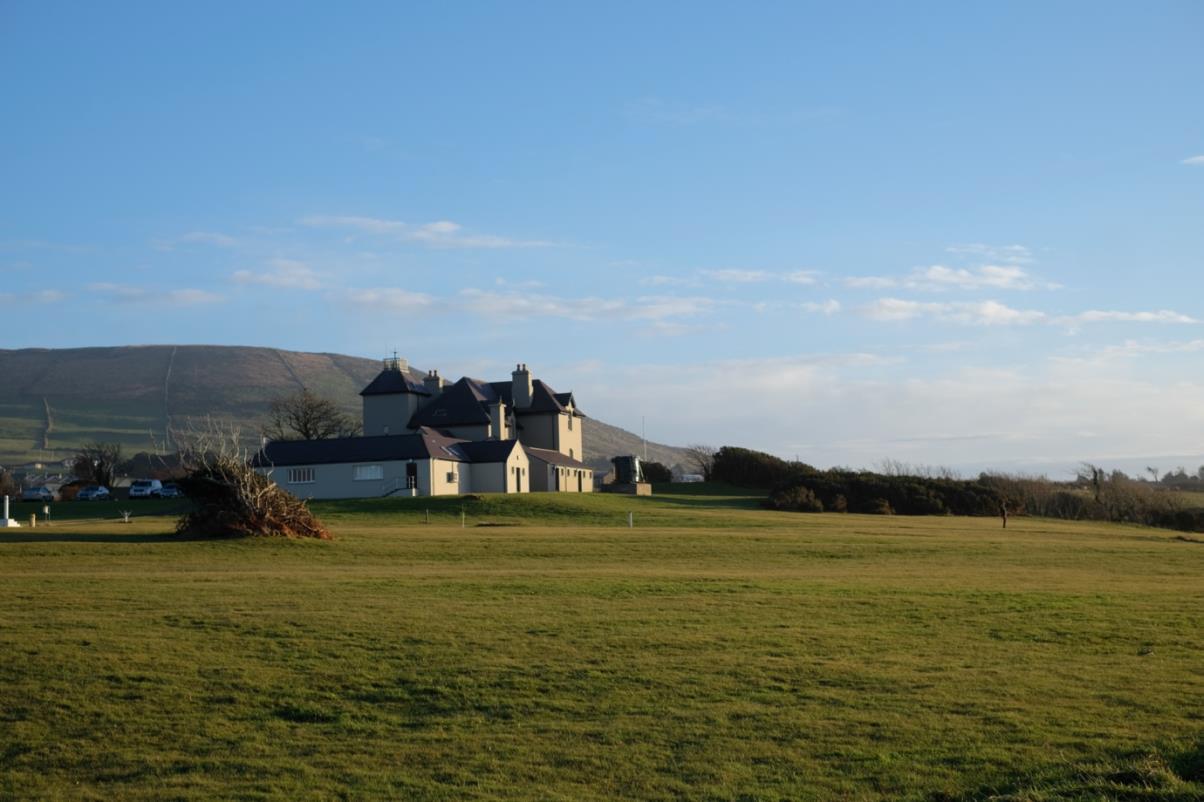 Valentia Meteorological Observatory is the most westerly Met Éireann observatory in Ireland (figure 1). It has done incredible work keeping us informed of environmental changes – from wind speed to seismology – ever since it was established on Valentia Island in the 1860s. In 1892, it was transferred to its current location, one kilometre west of Cahersiveen on the Iveragh peninsula (figure 2). The weather forecasting data collected at the Observatory are of national and international significance, as it is where Atlantic weather systems first reach Ireland. The site itself covers 19 acres and is peppered with whitewashed instrumentation buildings that stand out against expanses of neatly mown lawns. 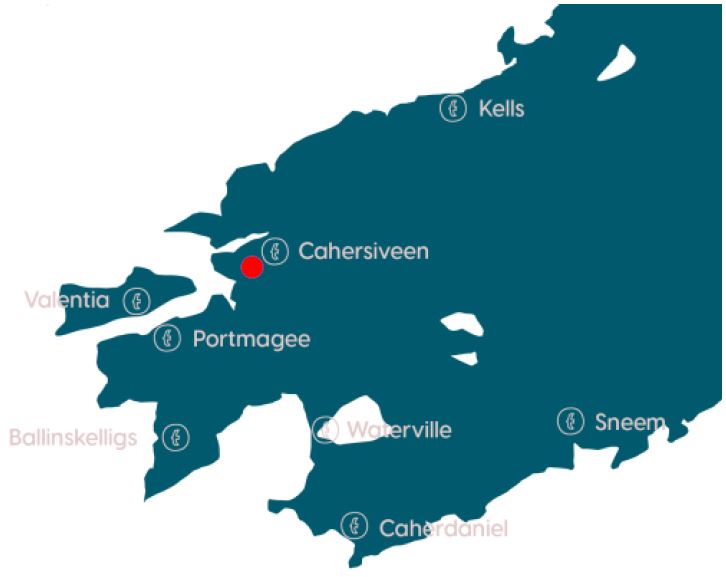 Figure 2. The current location of Valentia Meteorological Observatory on the Iveragh Peninsula, Kerry is marked in red.

But it was these green lawns that got us thinking. During repeat visits to the Observatory in 2021 for a separate collaboration (Watching the seasons – ecomuseumlive.eu), the LIVE team realized the potential of the site’s grasslands and hedgerows for biodiversity. The tidy mowing didn’t allow the grassland plants to flower and set seed, which in turn limited the amount of nectar and pollen available for insects to eat.

Through chatting with staff, we learned that these lawns had been kept as hay meadows in the past (figure 3). Up until the 1980s, hay was cut to feed local livestock. To simplify the running of the site, meadow growing was discontinued and the site transitioned to short grassy lawns. Learning about the site’s past management was an exciting development and encouraged us to bring meadows back to the Observatory again. The reintroduction of meadows would be great for biodiversity and would also pay homage to the heritage of Valentia Observatory and to celebrate the diversity of wildflowers native to the Iveragh Peninsula. 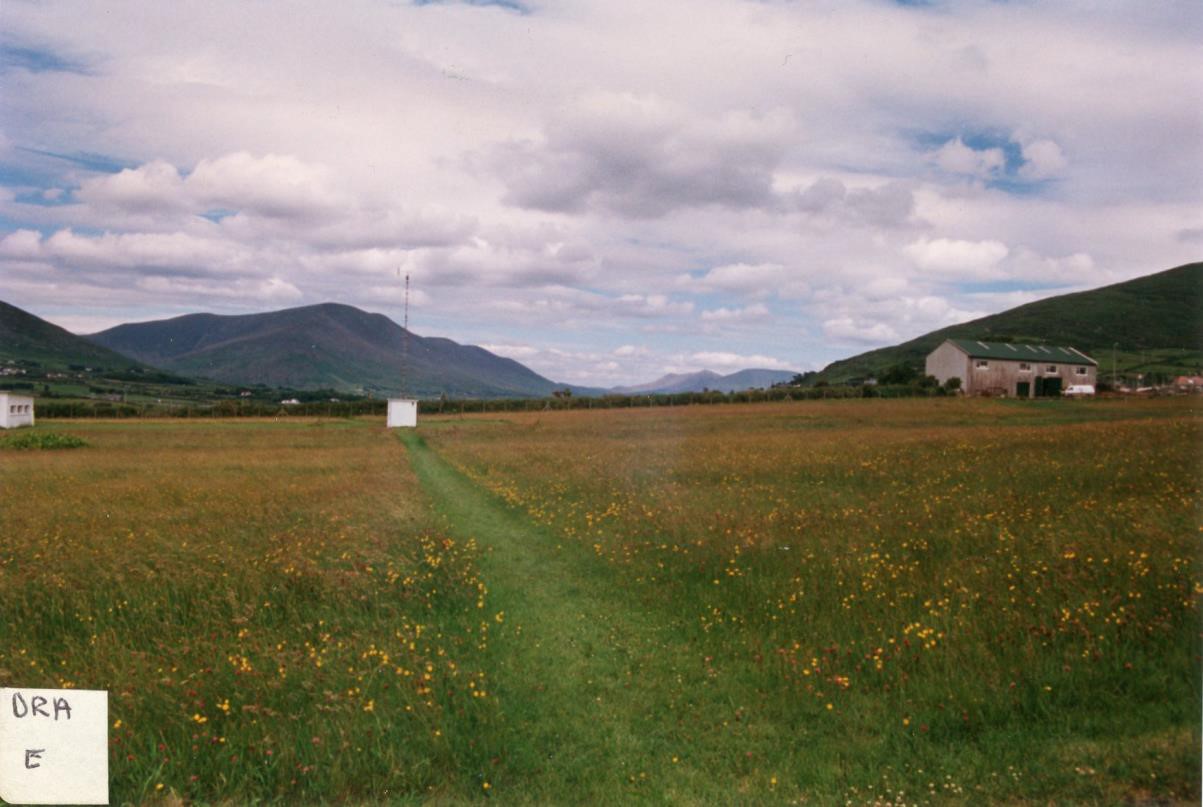 Figure 3. A photograph of meadows growing at Valentia Meteorological Observatory in the 1980s. Thanks to the Observatory staff for rooting these out of the archives for us!

Increasing biodiversity through the use of meadows is just one of the themes being explored by the LIVE project, which has been co-funded by the European Regional Development Fund through its Ireland Wales Cooperation Programme. 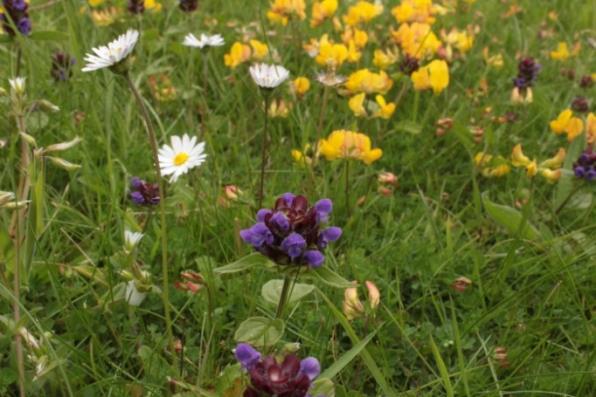 Figure 4. An example of the plant diversity that can be found in coastal areas of Iveragh when grasslands are managed as meadows. 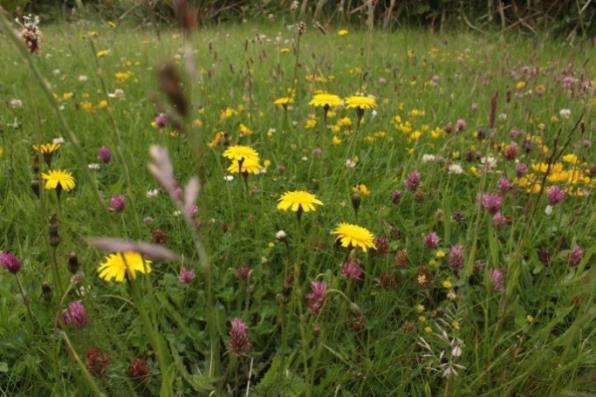 During the winter of 2021-2022, the LIVE project put together a bespoke biodiversity action plan for Valentia Observatory based on conversations with staff and using existing literature, such as the excellent resources available from the National Biodiversity Data Centre. The goal of the plan was to settle upon actions that would benefit biodiversity in the area but would not interfere with the sensitive work of the Observatory. 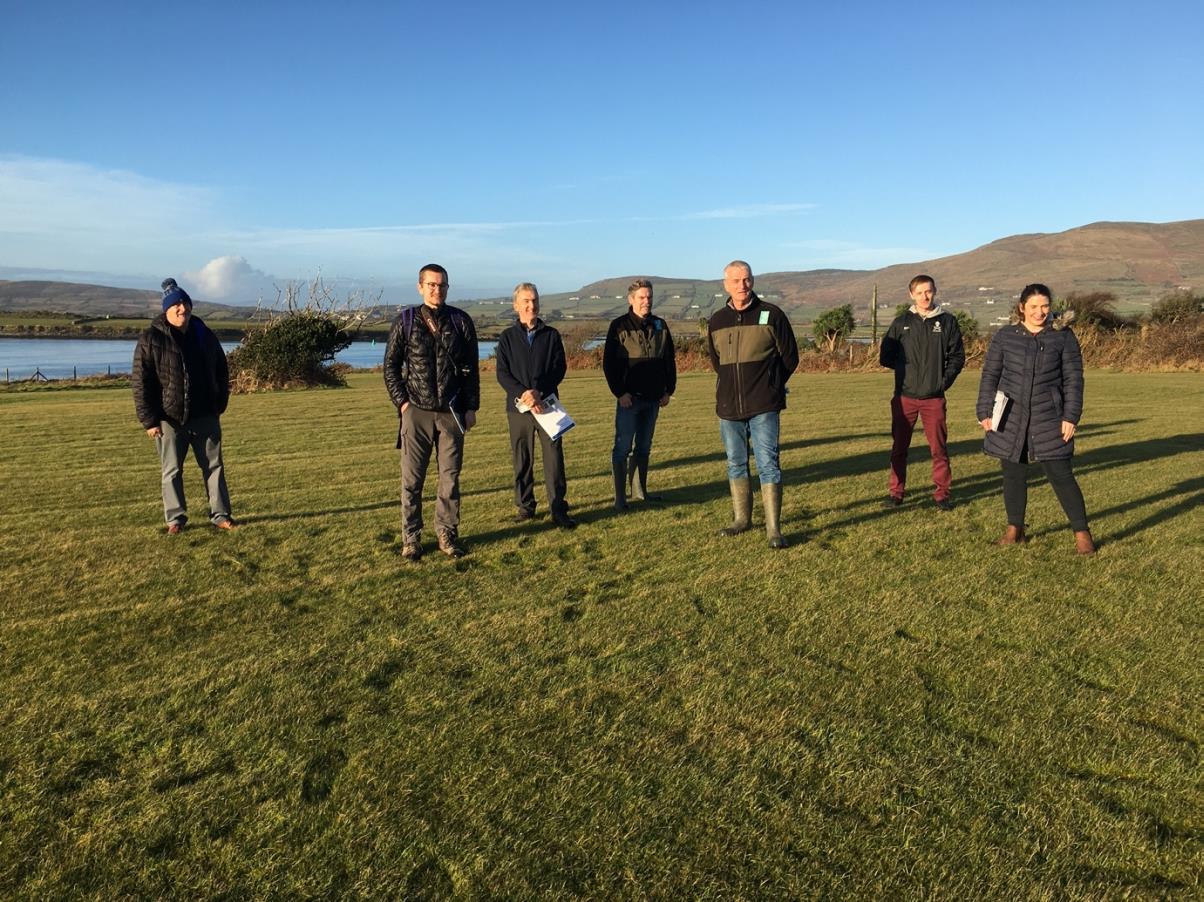 Figure 5. Meeting with Staff at Valentia Meteorological Observatory over the winter 2021-2022 to discuss the actions that could be taken to promote biodiversity on site. 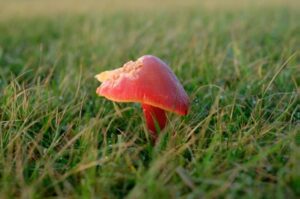 Figure 6. Waxcap mushrooms, an indicator of historic meadows, seen during surveys in December 2021.

We first surveyed the site and mapped the habitats that were present to identify areas where actions for biodiversity could be taken (figure 7). During our first survey of the Observatory, back in October 2021, there were still a number of Bumblebees (Bumbóga) and Flies (Cuileog) visiting the last remaining flowers of the season. An encouraging sign from a visit in December was a variety of red and yellow Waxcap Mushrooms (Hygrocybe spp.) that were found growing across some of the lawns. These mushrooms are a good indicator of low nutrient grasslands and are often found growing where meadows existed in the past. These gems were an encouraging sign.

Next, Observatory staff gave valuable feedback, for example, pointing out areas where grass needs to be kept short for accessibility reasons, like launching the weekly ozone monitoring balloon. 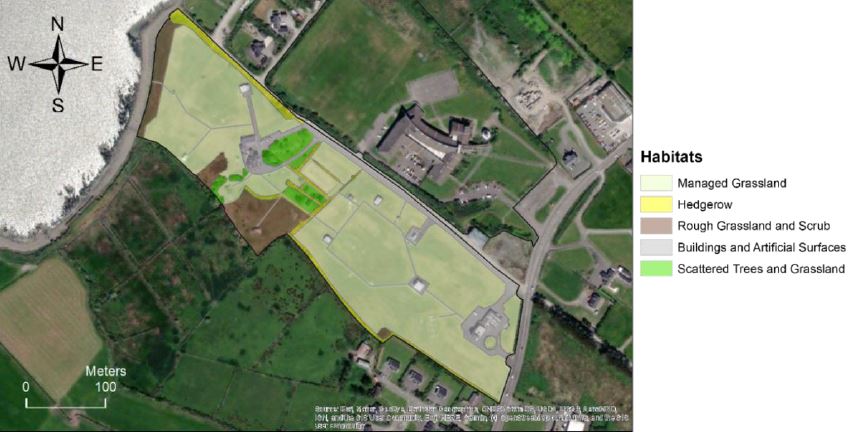 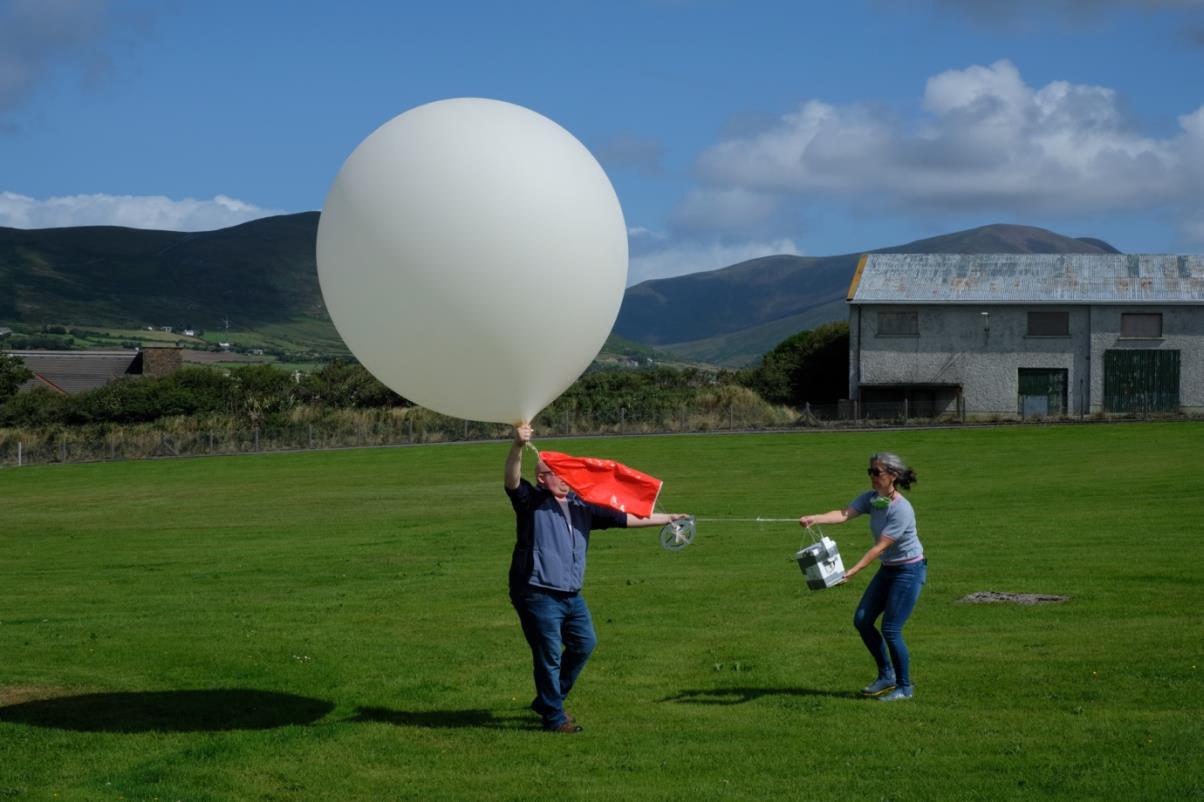 Figure 8. Launching the weekly ozone monitoring balloon which rises into upper atmosphere. Short grass is required to do this and so this area isn’t suitable for meadows.

Taking their advice into account, we finalised the plan to promote meadows and hedgerows, starting in spring 2022. Five patches of managed grassland will be trialled as meadow by cutting and removing vegetation just twice over the calendar year. Approximately 4 acres of meadows are being trialled.

Several of the site’s hedgerows will also be managed in a wildlife-friendly manner by reducing the frequency of disturbance. There is also a possibility of rejuvenating certain hedgerows by planting native trees such as hawthorn, blackthorn, or holly where gaps have started to form. 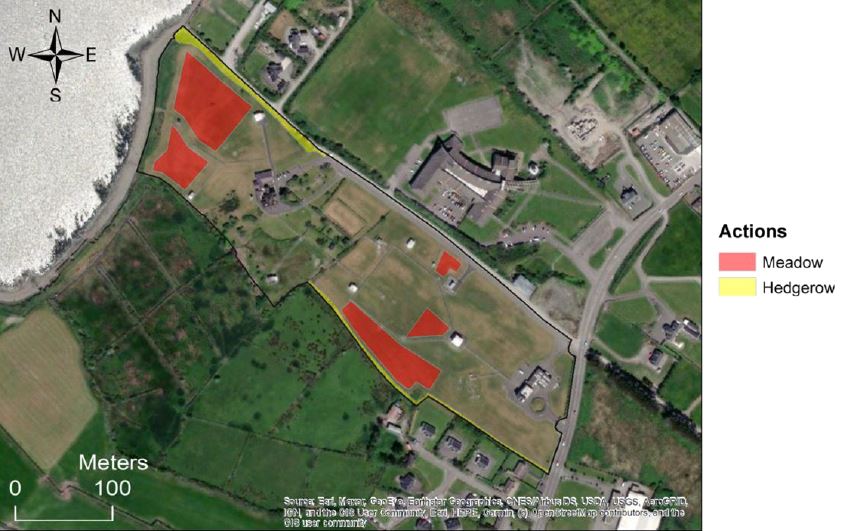 Figure 9. Finalised map where actions will be implemented at Valentia Observatory during 2022.

A bird survey at Valentia Observatory

How to make a meadow

Making a meadow is a straightforward process. In essence, it involves mowing less often and removing cuttings when you do mow. Cutting is usually done in late spring and early autumn. By reducing the frequency of grass cutting to two or three times per year, wildflowers are allowed to flower and set seed – completing their life cycle and providing food and shelter for pollinating insects. By removing cuttings, you lower the soil’s nutrients. Nutrient-poor grasslands often harbour greater plant diversity than nutrient-rich grasslands because a few grass species grow vigorously in high nutrient grassland and crowd out the less competitive plants. Reducing the nutrients in a grassland’s soil will slow grass growth and allows a higher number of other plants to come to flower.

Meadows can be any size, from a few square metres to whole fields.

Here is a great video explaining how to create meadows further. 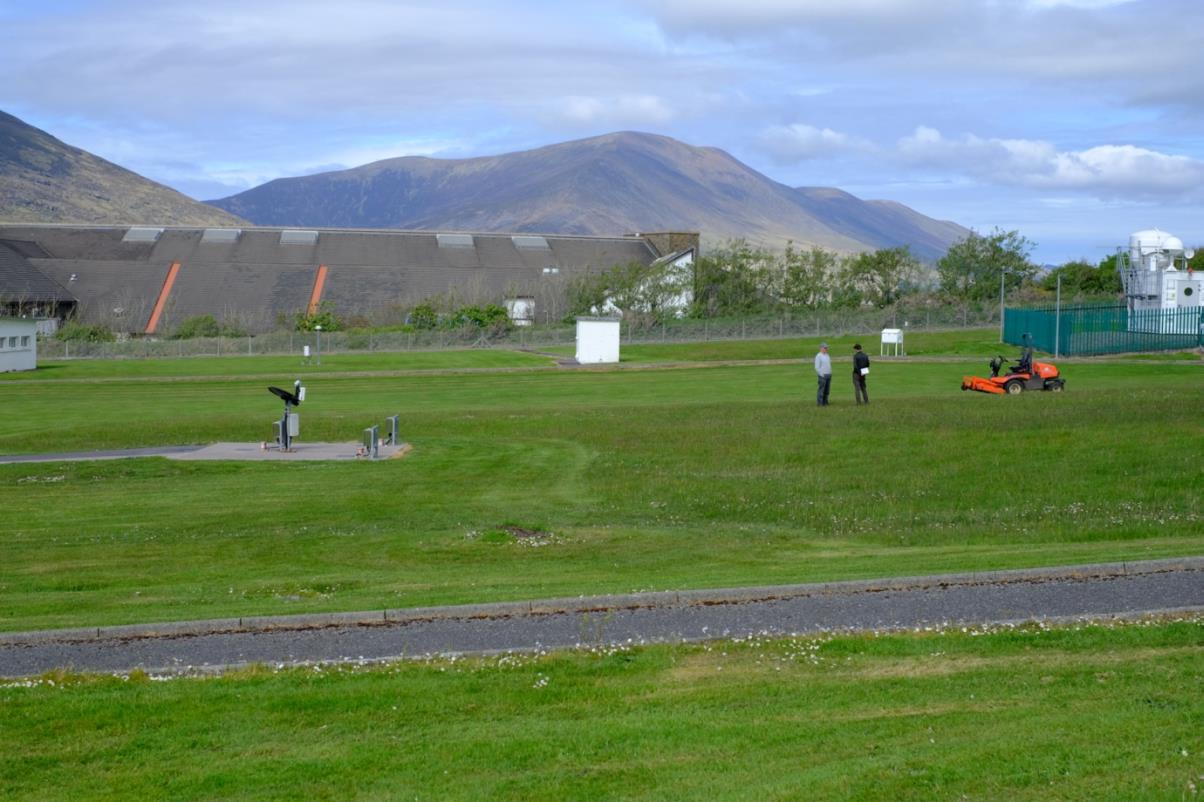 Figure 10. Talking with staff during meadow establishment, 2022. Note the areas of short grass and the areas of trial meadow which are allowed to grow more freely.

This is an exciting site as it has a mix of lower and higher fertility areas and sections of differing moisture and shelter. The site also stretches right down to the shore and so is influenced by the sea and its accompanying wildlife. Seals can be seen from the site and while surveying we came across a seal carcass on the lawn where the meadows are now growing. These environmental influences will promote different plant and animal communities and boost overall biodiversity further. 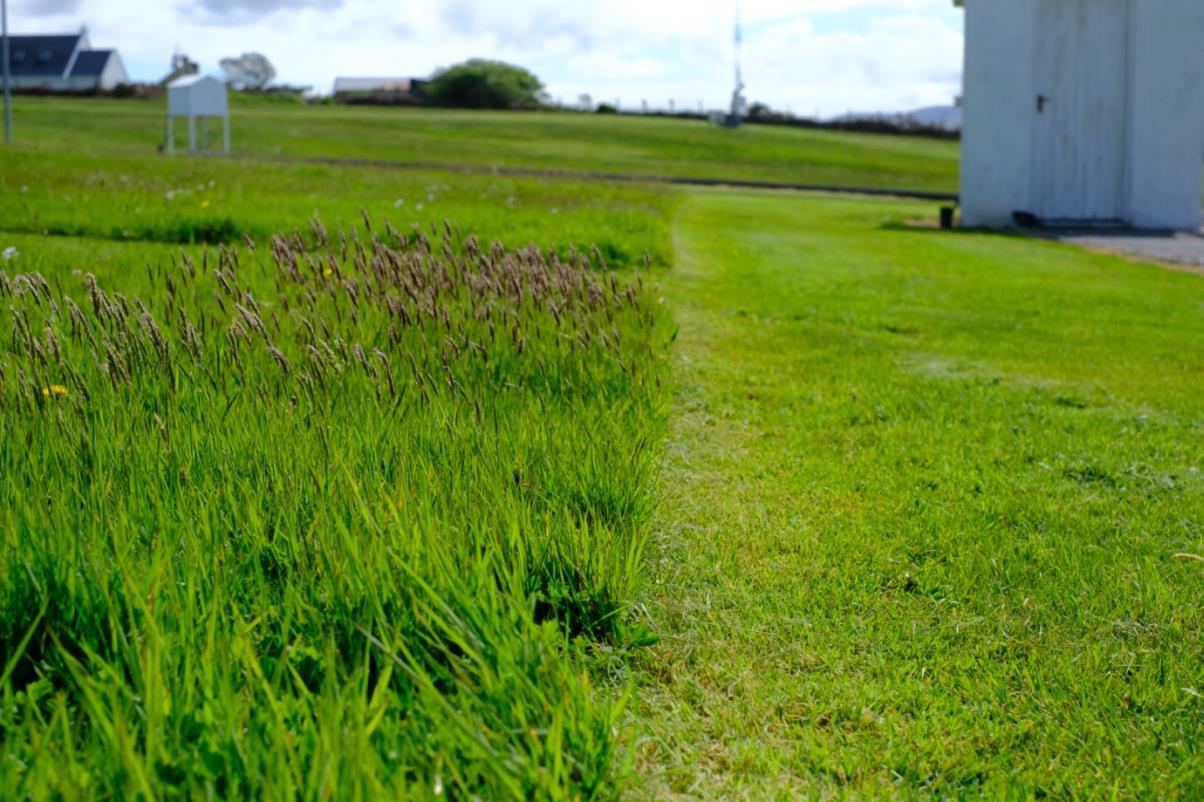 Figure 11. This photo is of the smallest of the five meadows marked in red in figure 9. Note the contrast in grass length. Over the course of the summer, we will see an increasing abundance and diversity of flowers in the meadow (the longer grass) while the cut lawn will remain largely the same.

Work has begun on the Observatory’s meadows, with the first cut of the year having taken place in March. Meadows are giving plants the opportunity to flower fully and set seed, instead of being mown back down when they are just a few inches high. So far, we have seen more plentiful flowering inside the meadow trial areas. These plants include thyme leaved speedwell, (Lus an Treacha), Cuckooflower (Biolar Gréagáin), Sweet vernal grass (Féar Cumhra) as well as the ubiquitous Buttercups (Cam an Ime), Dandelions (Caisearbhán), Clovers (Seamair), and Trefoils (Crobh).

Orchids (Magairlín) sprang up in the meadows in early May. They number 20-30 individuals so far and are only seen growing in the meadows, bar a few individuals that escaped the full wrath of the mower’s blades. One can presume they are present in the non-meadow areas also but don’t get the chance to flower. So far this year, Common Carder (Bhumbóg Charda Choiteann), White-tailed (Bhumbóg Earrbhán) and Garden Bumblebees (Bhumbóg Gharraí Bheag) have been spotted at Valentia Observatory with staff saying that insects overall have been plentiful.

Hedgerows will also be an important part of the biodiversity plan, as they support hundreds of species of plants, animals and fungi. The arboretum is another great asset and hosts some native tree varieties which in turn support many lichens, mosses and insects. 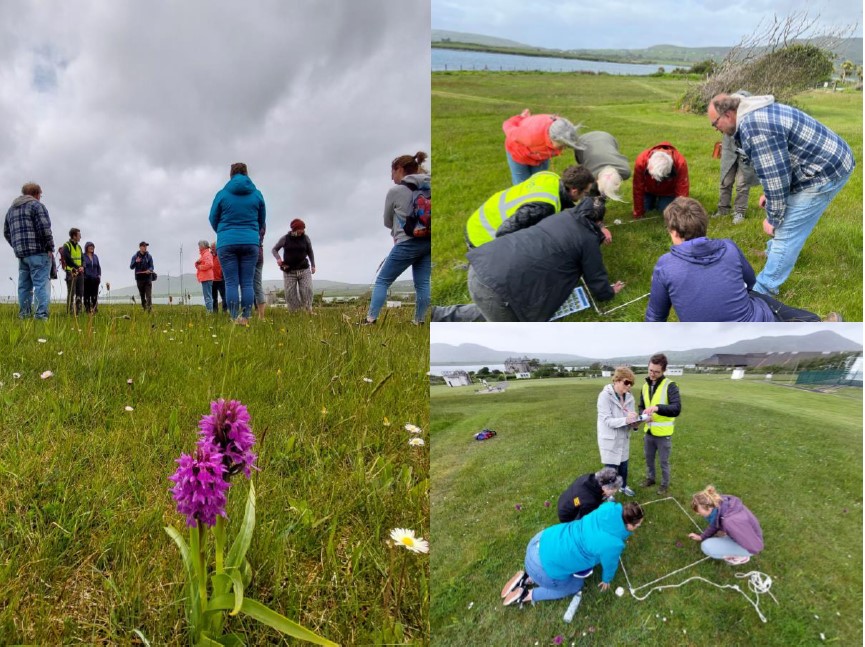 Figure 12. Biodiversity day at Valentia Meteorological Observatory. The LIVE team introduces the meadow project to members of the local community. Locals take part in biodiversity surveys of the site. Thank you, Linda Lyne and Aoibheann Lambe for taking these fab photos! 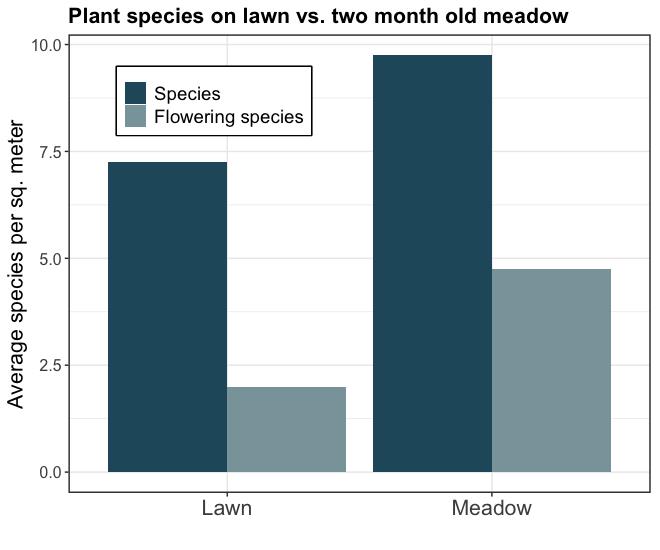 Figure 13. Comparing the average (mean) number of species present and the species flowering in the lawns and the newly established meadow at Valentia Meteorological Observatory in May 2022. Eight randomised 1m2 quadrat surveys were conducted (four in each grassland type). Many thanks to the volunteers who helped with this!

During a public engagement event in May, the LIVE team and the local community surveyed the plant species in the meadows and the lawns (Figure 12). As the meadows are only two months old, we did not expect to see much difference between the total number of species present in the meadows and the lawns, but we still found that the meadows contained approximately 25% more species (Figure 13). Most notably though, the meadows contained well over twice the number of species that were in flower as compared with the lawns. The increase in flowering that is seen when you transition from lawn to meadow is an immediate benefit for the plants and pollinating insects. Three species of bumblebee were spotted during this event along with 17 species of bird!

There is a lot to look forward to over the spring and summer as the meadows progress. Both LIVE and Observatory staff will be keeping a keen eye on the plant communities that develop, as well as the insects and birds that are attracted to the Observatory’s new habitat. The LIVE project hopes to hold regular events at the meadows going forward. Keep an eye on our events page.

The excitement of meadows comes from their development over time, be it across the seasons or across many years – as the nutrient-load continues to decrease – and new and potentially rare species arrive. 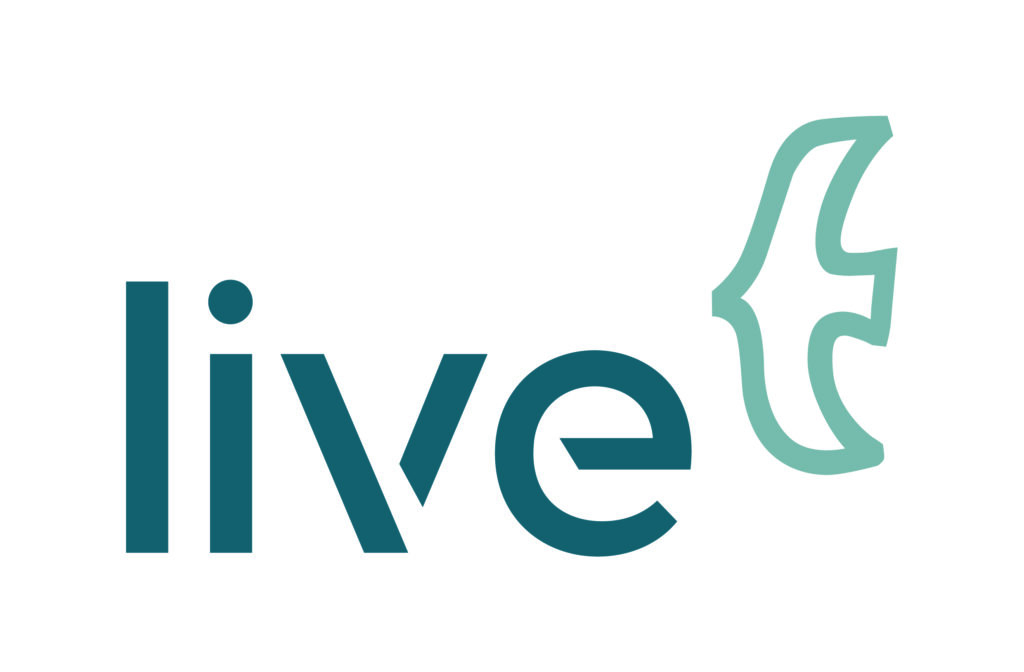