The first half of this week brought warm and dry weather across Ireland, however the second half of the week will turn more unsettled and less warm along with the chance of thunderstorms.

Temperatures this week peaked at 28.3°C in Durrow, Co. Laois on Tuesday – this is provisionally the first time a temperature above 28°C has been recorded in Ireland on a September day in 30 years.  The last time temperatures reached 28°C was on 5th September 1991, with 28.4°C at Valentia, Co. Kerry.  Temperatures of 28°C or higher have only occurred three times in September since Met Éireann’s digital records began in the 1960’s. 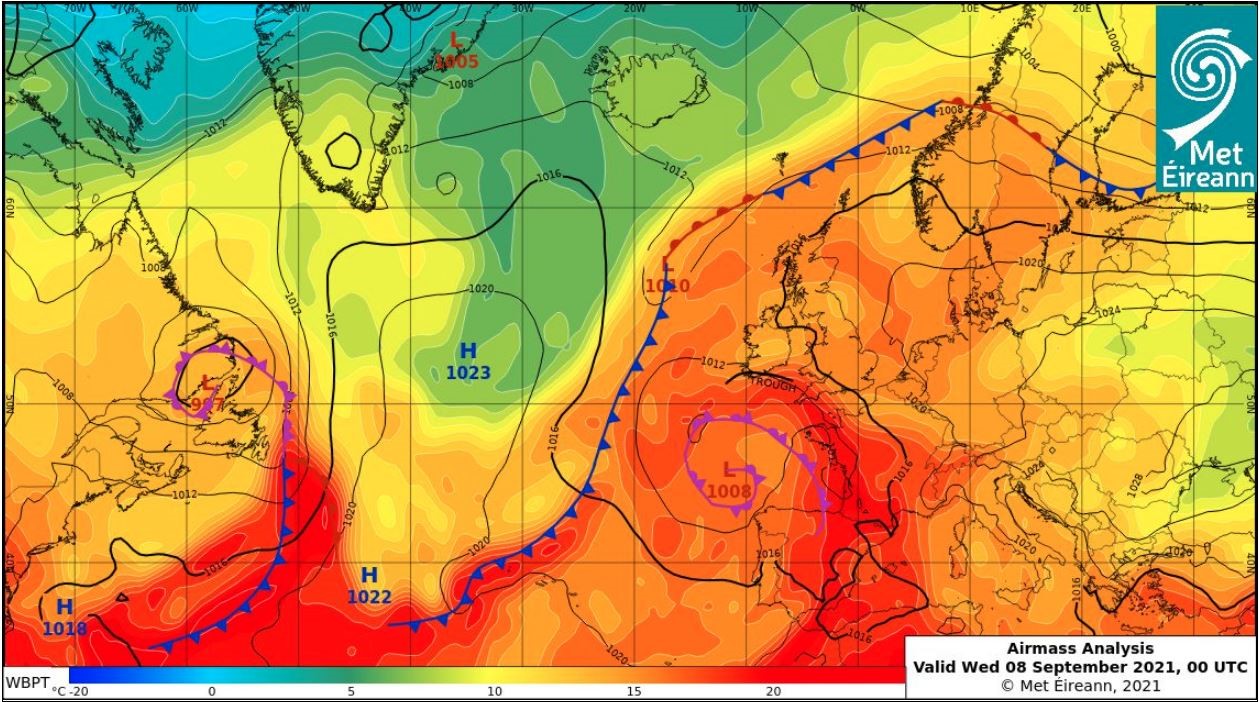 However today (Wednesday 8th) brings a change in weather conditions as the warm airmass and high pressure is replaced by a less warm, more unstable airmass.  Met Éireann meteorologist Matthew Martin said: “We’ll still see temperatures reaching into the low 20’s Celsius in some areas over the next few days, but later this week and into the weekend temperatures will fall to around 16 to 19°C, which is more average for the time of year.”

“We also have a more unstable airmass moving in over the country and this will bring the chance of some heavy showers and thunderstorms through the rest of the week, though pinpointing when and where the thunderstorms will occur can be a challenge.

“Whilst many areas may avoid the heavy showers and thundery downpours, where they do occur it could lead to the risk of localised flooding and disruption to transport.  We’re therefore encouraging people to stay up to date with our forecasts and warnings, as well as our radar so they can keep an eye on thunderstorm development.”

Scattered heavy downpours & thunderstorms are expected in some areas today, tonight & for a time on Thursday. Localised flooding may occur where rainfall is heaviest

Commenting on the forecast for the weekend, Matthew continued: “At the moment it looks like we’ll see a mix of sunny spells and scattered showers on Saturday and Sunday, although these showers aren’t expected to be as heavy as what we can expect over the next few days.

“There are signs of high pressure returning next week which could bring a more settled spell, however there’s still a good deal of uncertainty in the forecast at this early stage.”