After a rather mild November so far, temperatures will turn noticeably colder over the weekend with the return of overnight frosts.

On Saturday a cold front will push across Ireland introducing a much colder polar maritime airmass. This will bring daytime temperatures generally in single figures on Sunday and through next week, along with some cold nights and an increased chance of frosts. 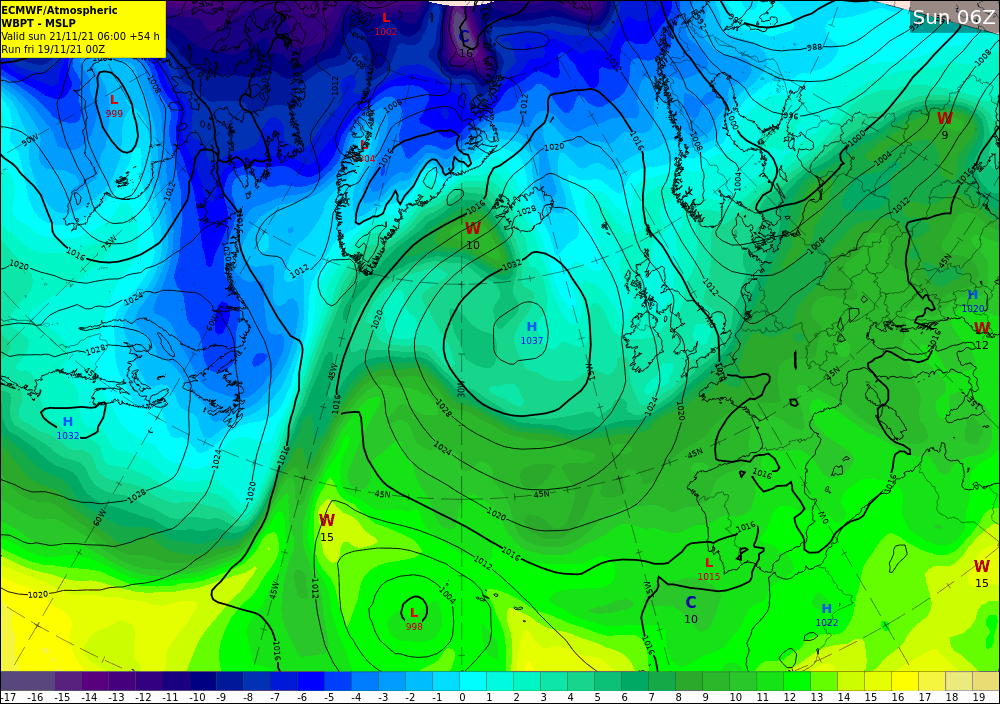 Airmass and pressure chart for Sunday 21st November 2021 shows cooler airmass across Ireland (light blue) along with high pressure building from the Atlantic.

“Tomorrow (Saturday 20th November) will start mainly dry in the south and east with some bright or sunny breaks, but it’ll be a damp start in the north and west with cloud and rain associated with a cold front. It’ll be a reversal of fortunes for the afternoon as the cold front clears the north and west, turning brighter and colder with just a few showers, but as this cold front makes its way across the country it’ll bring cloudier and wetter weather to southern and eastern areas.

“Sunday will be a cold and blustery day with some sunny spells and showers. Temperatures will be around 6 to 9 Celsius, though it’ll feel chillier in the brisk northerly winds. On Sunday night we’ll see the first widespread frost of this autumn so far, as temperatures fall close to or below freezing across the country.”

Commenting on the start of next week, Meteorologist Liz Walsh continued: “Through Sunday a large area of high pressure will build across Ireland and this will bring a good deal of dry, bright and crisp weather on Monday. Tuesday will still be a dry day though there will be more cloud in places, especially over the northern half of the country, and a few patches of drizzle. It’ll be another chilly night, though frosts will be largely confined to southern areas where clear spells are most likely”.

The milder than average November temperatures we’ve been experiencing of late will be displaced by noticeably colder temperatures later on Saturday.
Daytime highs will be generally in single figures Sunday & next week with an increased risk of night-time frosts. pic.twitter.com/33MiU4Po38

Chance of wintry weather next week

Commenting on the forecast into the middle of next week, Liz continued:

“It looks set to turn unsettled and colder still from around midweek. We’re keeping a close eye on some low-pressure development between Iceland and Norway which could bring windy and wet weather to Ireland later on Wednesday and perhaps the chance of some wintry showers Wednesday night and into Thursday. While it’s not unusual to get these types of weather conditions in late November, it will be a bit of shock to the system because our weather has been generally mild and benign lately.”

The unique risks brought by winter can occur suddenly and unexpectedly. Make sure you and your family are prepared for whatever the weather may bring during the winter months ahead. Visit winterready.ie or see #BeWinterReady and make sure to visit met.ie for the latest weather forecast and warnings. Follow us on Twitter and Facebook for extra weather and climate content. You can also listen to the latest national forecast on our daily podcast. 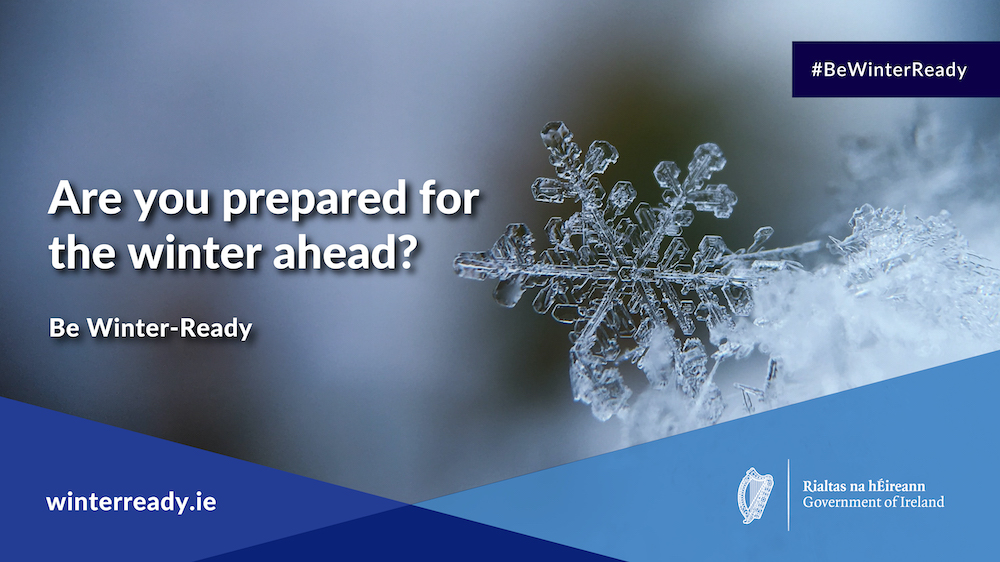