Storm Brendan is currently off the east coast of Canada (991hPa), Figure 1, and is forecast to track eastwards across the Atlantic undergoing rapid cyclogenesis as it engages with a very strong Jet Stream. Rapid cyclogenesis is defined as a depression deepening 24hPa in 24-hours but Brendan is forecast to deepen by about 50hPa in 24-hours, Figure 2. 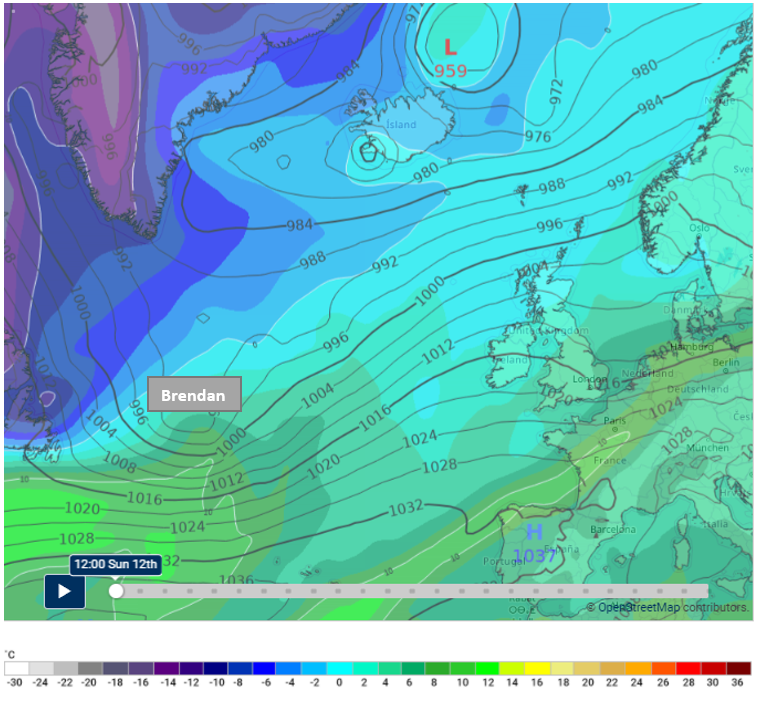 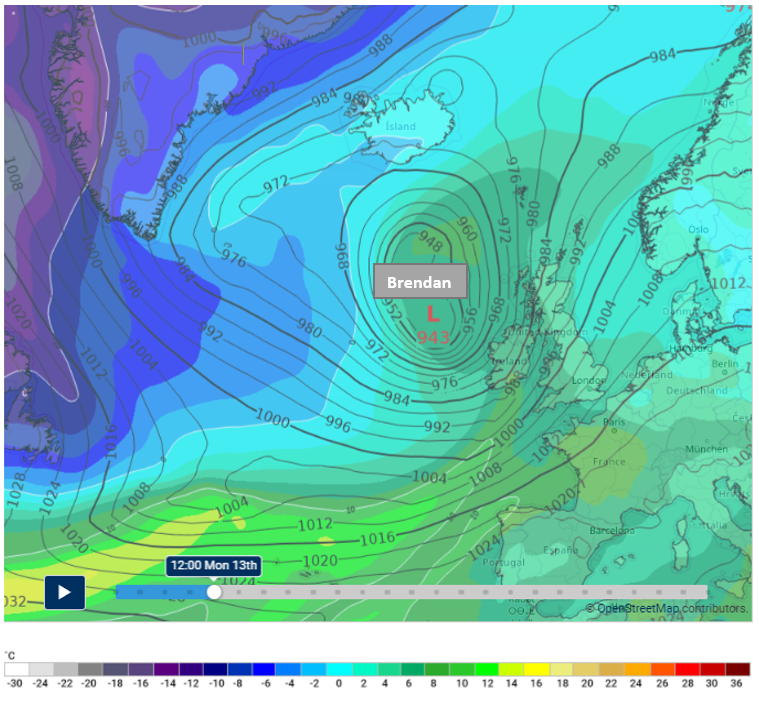 The following 6 images are from Met Éireann’s high resolution Harmonie forecast model. The images display the evolution of the forecast wind speeds as Storm Brendan approaches, crosses and clears away from Ireland.

The strongest winds will be initially along the west coast early on Monday morning before they spread countrywide during the morning affecting eastern counties around midday into the early afternoon. Disruption to travel and localised structural damage is possible as these winds affect the country.

We are also in a period of Spring Tides. Storm Brendan will produce significant storm surges and the combination of these high Spring Tides, onshore storm force winds and storm surge will lead to a risk of flooding along all coasts. There is a significant risk to the south, west and northwest coasts with an elevated risk for all eastern coastal areas due to the high tides and the projected storm surge forecast.

The final figure displays the projected significant wave height for Monday evening. Offshore wave heights of up to 14 metres are forecast with high or very high seas forecast along all coastal waters. Met Éireann has issued a Status Red Marine warning for winds reaching violent storm force 11 in the west. 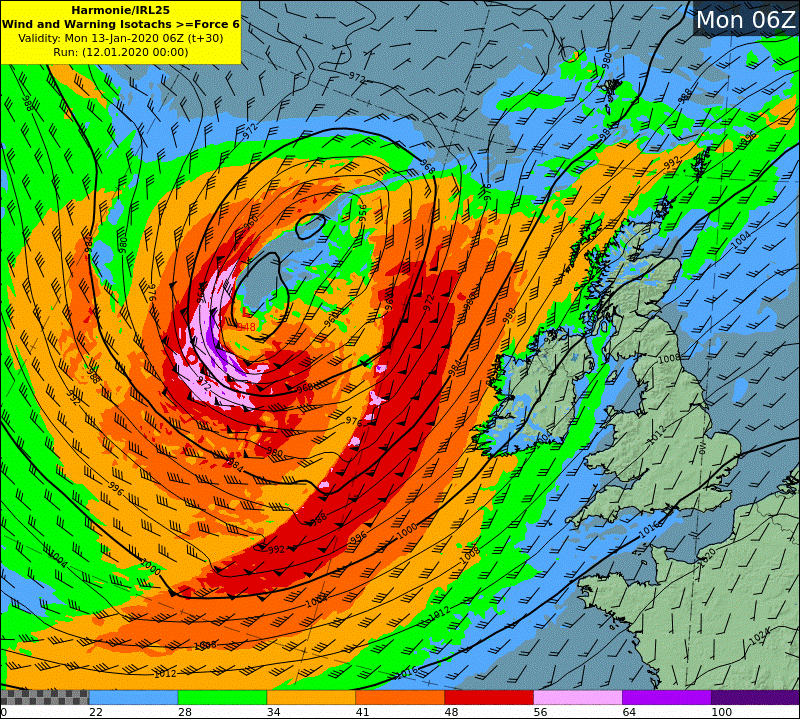 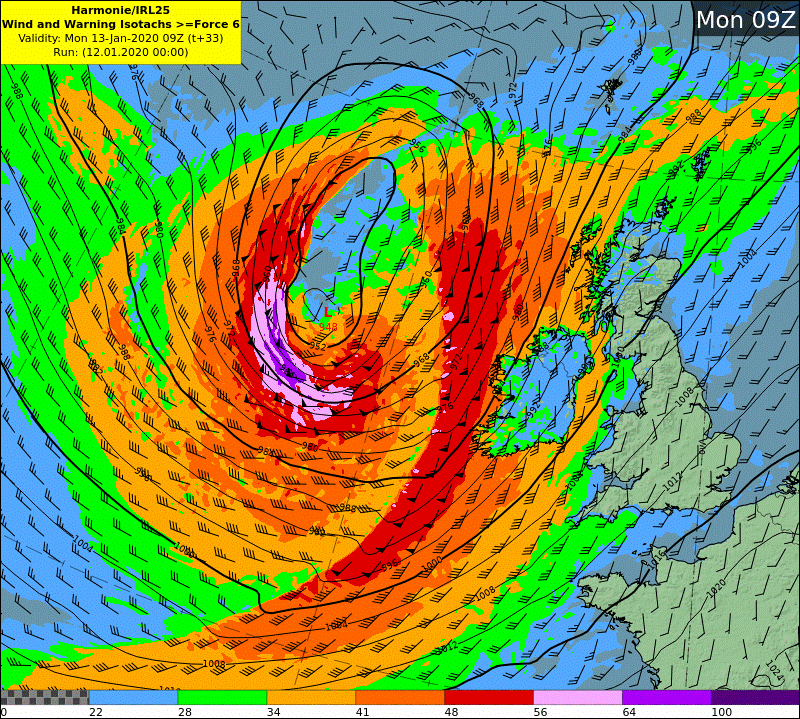 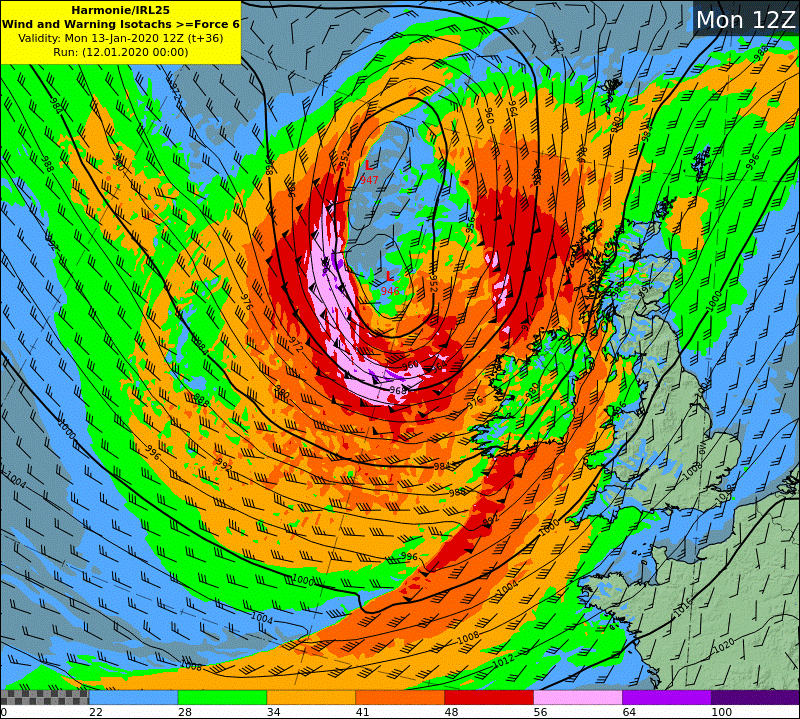 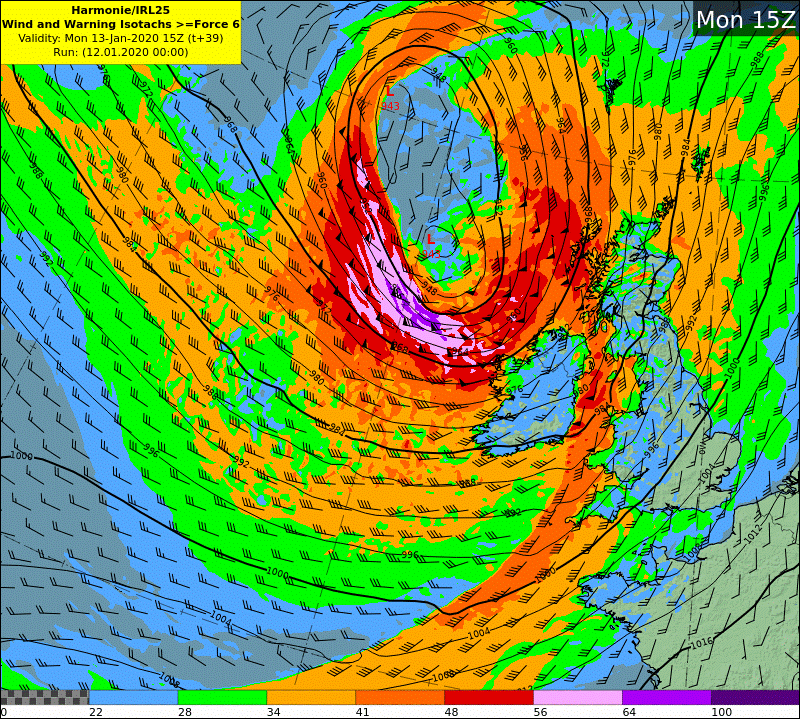 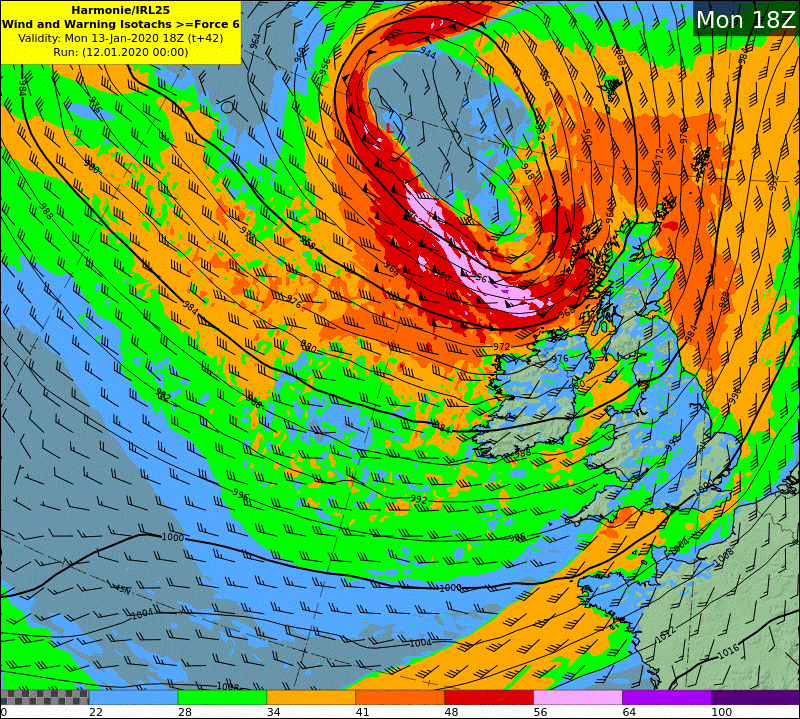 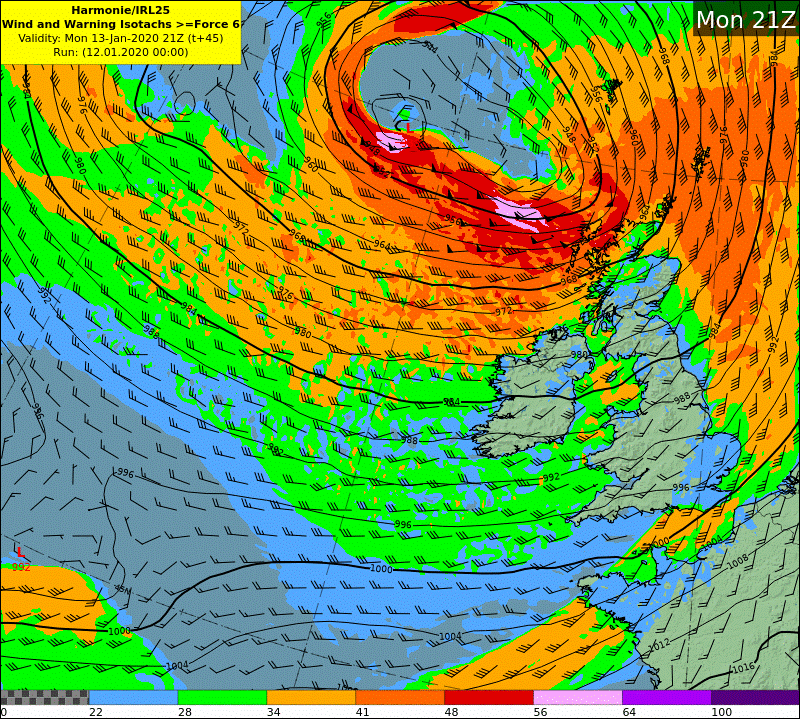 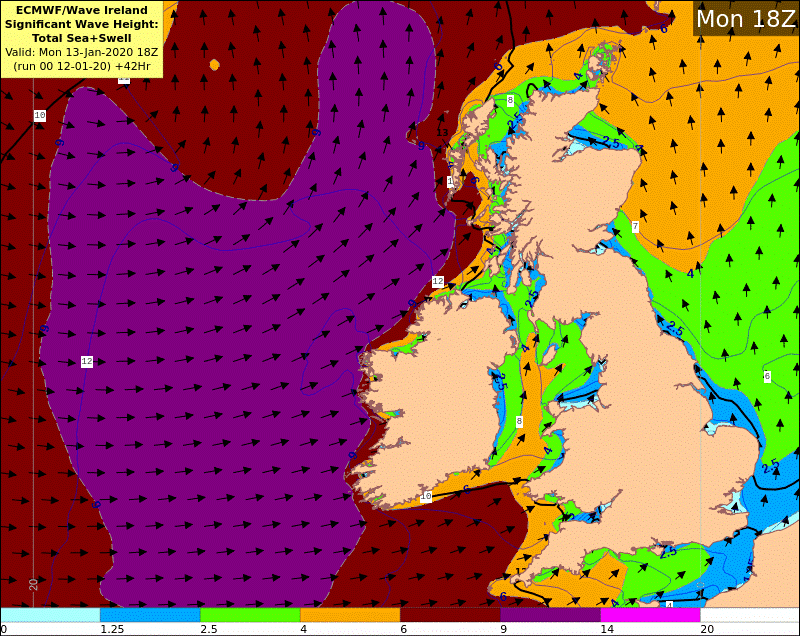 Please keep up to date at www.met.ie for warnings and forecasts for your area.

Heed the advice of the local authorities, the Gardaí and the HSE.

You can access our forecast products via these links:

At this link you can view the latest weather observations: